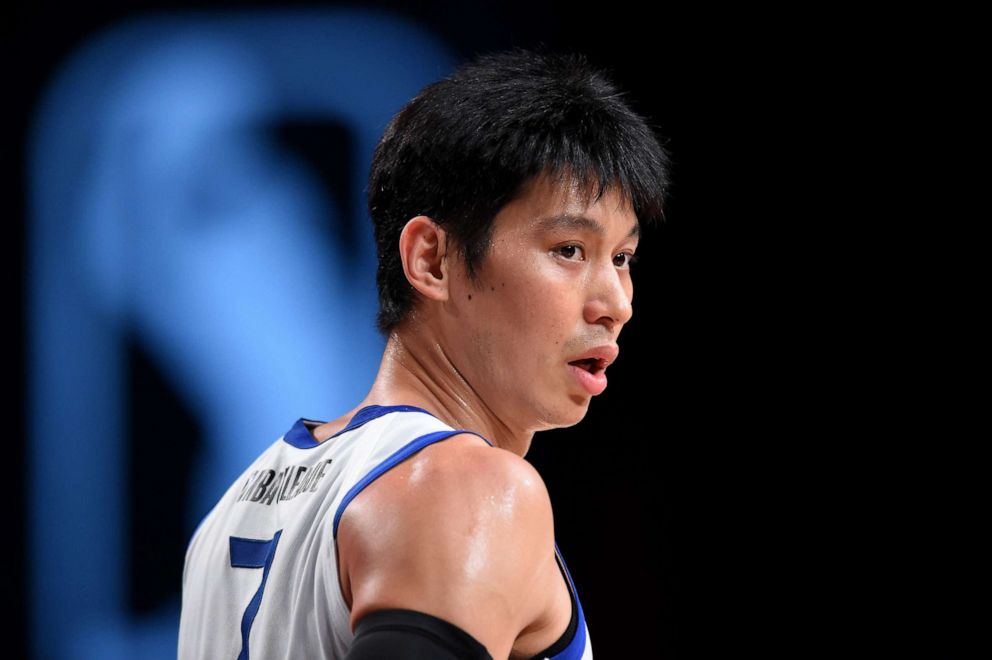 Jeremy Lin during a game for the Santa Cruz Warriors, Golden State’s G-League affiliate. Lin has been vocal on the increase in Asian American hate crimes. Photo by Juan Ocampo/Getty.

On Feb. 25, Jeremy Lin, one of the few Asians to play in the NBA, made an Instagram post that highlighted the discrimination he faces on a regular basis for his Asian-American heritage.

“Being an Asian-American doesn’t mean we don’t experience poverty and racism,” Lin said. “Being a 9-year NBA veteran doesn’t protect me from being called ‘coronavirus’ on the court. Being a man of faith doesn’t mean I don’t fight for justice, for myself and for others. So here we are again, sharing how we feel. IS ANYONE LISTENING??”

The rise in Asian hate crimes increases almost daily as each day in 2021 passes. As people become increasingly frustrated with the COVID-19 pandemic, many Americans are beginning to place the blame on Asian citizens, for no good reason. As Asian hate crimes occur more and more, discrimination towards Asians has risen as well, and the sports world is no exception.

Since speaking out about his experience with racism in the G-League and Santa Cruz, Lin co-wrote an article in Time magazine with his sister-in-law, Patricia Sun. His actions in the media along with the #stopasianhate movement have sparked other celebrities to follow his footsteps, including Daniel Dae Kim, Rihanna, Olivia Munn, Ariana Grande and more.

Before he was a pioneer, Lin once held the spotlight of the entire world for entirely different reasons — for being an Asian-American basketball sensation. Undrafted out of Harvard, Lin burst onto the scene in 2012 during a period that the media coined “Linsanity,” propelling the bottom-feeding Knicks to a 9-2 stretch while posting video game numbers. Lin’s memorable run was highlighted by a phenomenal last-second game winner over the Toronto Raptors that is still considered one of the greatest moments in NBA history.

However, Lin did not achieve success in the NBA without overcoming adversity. Lin’s parents are from Taiwan, so many other athletes gave Lin a very hard time in the league due to his race and ethnicity — ESPN fired a writer who made the headline of his article “Chink in the Armor,” and suspended an anchor who used the same ethnic slur after a Knicks loss in 2012.

“There would be times where guys would yell stuff at me on the court, like ‘get back to China!’” Lin said in a 2013 film, “Linsanity.”

Asian athletes are commonly discriminated against in all sports — Hideki Matsui, Younghoe Koo and Taylor Rapp are a few of many examples — but it is often heightened in basketball. Unfounded and racist stereotypes proclaim that Asians are not supposed to be strong or athletic, so the required skills for basketball including running, jumping, lateral quickness and mobility are thought to be unattainable.

And for Lin, fans and athletes alike accused him of trying to change his appearance to get rid of the stereotype. Former player Kenyon Martin, for example, accused Lin of “wanting to be black” when the Harvard grad braided his hair.

Racism and discrimination are inevitable difficulties that Asian basketball players face at the cost of getting to the highest level. But Lin, who was most recently a member of the Santa Cruz Warriors of the NBA G-League, has experienced a different kind of racism recently.

Lin said in an interview that he has been told at times that Asians do not experience racism, and he has also been told that what he experiences is “nothing” in comparison to what African Americans deal with.

Through his hardships, Lin is bravely using his platform to speak out against Asian stereotypes and racism, although he fears doing so might cause more hate towards Asians. After all, Santa Cruz is located in the hot spot of California where a lot of anti-Asian hate crimes have taken place.

Beyond that, anti-Asian hate crimes have become a daily occurence, and Lin is using his voice to call for justice and change, much like NBA players Malcolm Brogdon and Jaylen Brown did last summer calling for justice after the deaths of African Americans George Floyd and Breonna Taylor. Lin has made countless media appearances and social media posts talking about his experiences of racism and bringing light to anti-Asian hate crimes that have taken place across the country.

Lin is not the only victim of racism and discrimination in the NBA. After Toronto Raptors forward Yuta Watanabe attempted to take a charge on Timberwolves rookie Anthony Edwards but ended up getting dunked on, fans unfairly hounded the Japan native on social media.

Some fans were caught saying awful things on social media like the dunk was “karma” for Watanabe, with some even saying that Edwards was doing what “everyone in America” wishes they could do to Asian people. The derogatory and hateful comments have since been removed by Instagram and Twitter. This instance shows that Asian hate, beyond comments directed towards Jeremy Lin, are prevalent. The fact that Lin isn’t the only Asian to be discriminated against in the “progressive” NBA, shows why it’s so important for Asian-Americans to have a pioneer like Lin.

While Lin, who won an NBA championship with the Toronto Raptors in 2019, has never stopped pursuing a return to the league, he can’t help but recognize his leading role in the #stopasianhate movement.

“To my Asian American family, please take time to grieve but know you’re loved, seen, and IMPORTANT,” Lin said in a tweet reacting to the recent shooting in Atlanta. “We have to keep standing up, speaking out, rallying together and fight for change. We cannot lose hope!”

Indeed, we cannot and will not lose hope. From basketball phenomena to social justice advocate, Lin continues paving his own path — a true pioneer.