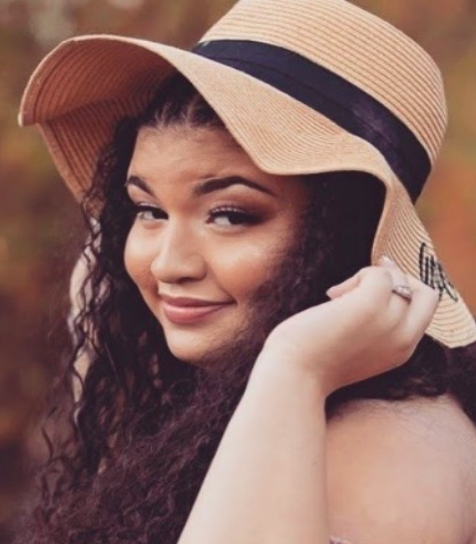 Black Student Union president shares campus involvement and what it is like being Black at Butler. Photo courtesy of Melísenda Dixon.

Washington state native Melísenda Dixon is a management information systems major technically in her senior year, aiming to graduate three semesters early. In addition, she is the acting president of Butler’s Black Student Union and has been heavily involved in the organization throughout her time on campus. She discusses BSU’s efforts during this year’s distinct combination of the COVID-19 pandemic and increased recognition of racism at a predominantly white institution.

THE BUTLER COLLEGIAN: How do you identify?

MELÍSENDA DIXON: I am Latina; I’m an Afro-Latina queer person.

TBC: What has been your involvement on campus?

MD: Wow, so much. I’m a Morton-Finney Scholar, so I do a lot on campus for recruiting for Morton-Finney. I also am part of my dean’s Diversity, Equity and Inclusion board for Lacy School of Business. I have been a part of BSU while on campus — I am currently the acting president for this year. I have done some work with the [Sexual Assault Response and Prevention] Office as well on campus. I’ve just done a lot.

TBC: How has your involvement with Diversity Center, or DC, organizations impacted you?

MD: I think what has impacted me the most from being a part of DC organizations is it’s helped me to be comfortable with who I am and be proud of who I am. I’ve always been a strong advocate for my kind of work — that’s just what I like to do. But definitely, being a part of the DC and having other people share my same struggles of being on a predominately white campus and not being white [has] definitely helped make me a better person and definitely impacted me to just care about everyone’s surroundings and just be very empowered about who I am.

TBC: Why did you decide to run for president for Black Student Union?

MD: I started a BSU at my high school my freshman year, and I was acting president for three years of the four. I loved the work that I had done there, so when I got onto campus, I already knew that this was something that I wanted to do… I just didn’t know how I could be involved.

My brother also went to Butler and was very involved in Black Student Union, so I already knew some locations and people. That helped, and we definitely wanted a smooth transition of power this past year, because, in the past, we hadn’t really had some smooth transitions of power…  So I was very dedicated. I also knew we were in the middle of a pandemic, and I wanted to be able to do something for people that felt like it mattered. I knew that our first-years were struggling, I knew that all these people were struggling, and I thought that I had a good way of how we could approach it. That’s why I had run in the first place, and luckily enough, I got the position and the role.

TBC: Being specifically Afro-Latina, how do you feel like that impacts your perspective?

MD: I feel like that impacts my perspective in everyday life, in literally everything that I do. I see things as very two-sided, which I don’t think many people do. Being Afro-Latina, I feel like many spaces aren’t even “meant” for me. Some things I feel like I can’t even speak about to the fullest extent because I am mixed.

I feel like, for me, I try to put that perspective and that history [into my role] because there are so many Afro-Latinas that want to participate [in the Black community], that want to give a good perspective to what it’s like being here and what we have to offer to the community, to both of our communities… Being able to do that, I’ve actually been able to have some really tough conversations with other BSUs that we’ve collaborated with this past year — talking about colorism and how that affects people who are mixed-race, Afro-Latinos, different things like that.

TBC: This year, after all the protests [for Black Lives Matter] over the summer, plus being in a pandemic where a lot of people aren’t being able to meet face to face, how do you think that’s impacted the Black community at Butler, and how have you tried to address that?

MD: As we know, the pandemic definitely does not hit communities equally. It hits the Black community a lot higher than it hits our white counterparts, and so that has been something that we’ve been trying to balance out. One of the things, too, is we had a very huge wanting-to-be-active [group of] first-years, and they really couldn’t because we weren’t doing a lot of face-to-face [events]. We decided not to do a lot of face-to-face for safety reasons; I don’t want anyone to be sick. I just got over COVID-19 a few weeks ago. I don’t want anyone to experience what I experienced or what my family experienced.

I also have had multiple executive board members who have lost family members to COVID-19 already… I think that’s why we’re being so cautious — we understand what it feels like to have someone snatched from you [because of] COVID-19, so we hate when [some of our] white counterparts say that it’s a hoax or something else, because we’ve lost family members, or we’ve had it ourselves, and we understand how debilitating it has been to us and our own health and longevity.

TBC: What sort of challenges do you all face with putting on the programming that you want to do for Black Student Union?

But it’s also how we show our students that they’re not alone, how we show that there’s unity between all the BSUs, so [not being able to have it this year] has definitely been one of our biggest challenges. I’m definitely a little nervous since it’s not happening. But we’re doing everything in our power to try to do collaboration events without necessarily needing co-sponsorship or different things.

We do feel [that] sometimes we get limited opportunities because we’ll partner with different [organizations], and then we feel like things get taken out of context. Another thing for us is how we publicly show our events and complete our events and try to promote our events, and I think that’s also one of our biggest challenges as well.

TBC: Could you further explain what you mean by things being taken out of context?

MD: Yeah, we just had an event this past week that was supposed to be on privilege in the Black community. It was about privilege… within our own community, not necessarily white privilege. However, some of our white counterparts [at Butler] had [taken] it that we were discussing white privilege instead, and we had certain [other institutions and organizations] create their own flyers for our event.

Even though we had our own flyers, they created their own to try to promote it and organize it, so now we’re currently trying to address it with the university [administration] on why that is bad and what the problem is with having other organizations and other areas of Butler [misrepresent us], if that makes sense… We definitely know that there needs to be [more] discussion about white privilege, but we don’t necessarily think that Black History Month was the time where we need to give up our time to do that. I think that [misrepresentation has] definitely been one of our things [that BSU has to deal with].

MD: I hope that Butler ― for Butler’s sake ― can figure out how to communicate with Black and Brown people because I think that is one of the biggest reasons why [people of color] have the highest transfer rate at Butler University. I think that a lot of things get taken out of context… just because they don’t communicate well to Black and Brown students and really understand what they’re going through. And so I hope — it’s been one of my hopes for a long time with Butler and even why I came to Butler ― to try to help make that change.

I think that certain professors don’t understand what it’s like right now to be a Black and Brown person in a pandemic — what that’s doing financially [and] the responsibilities that have been put on too many Black and Brown students at Butler University. I think for people to just say, ‘Oh, well, you’re at home, you still need to get your degree and everything,’ but there’s so much that’s still put on [students of color] that they just can’t do — there are so many issues, and for me personally, I wanted to take an extra semester to fully enjoy Butler, but I just didn’t think that would ever really happen because of just how much stress there is on Brown people here.