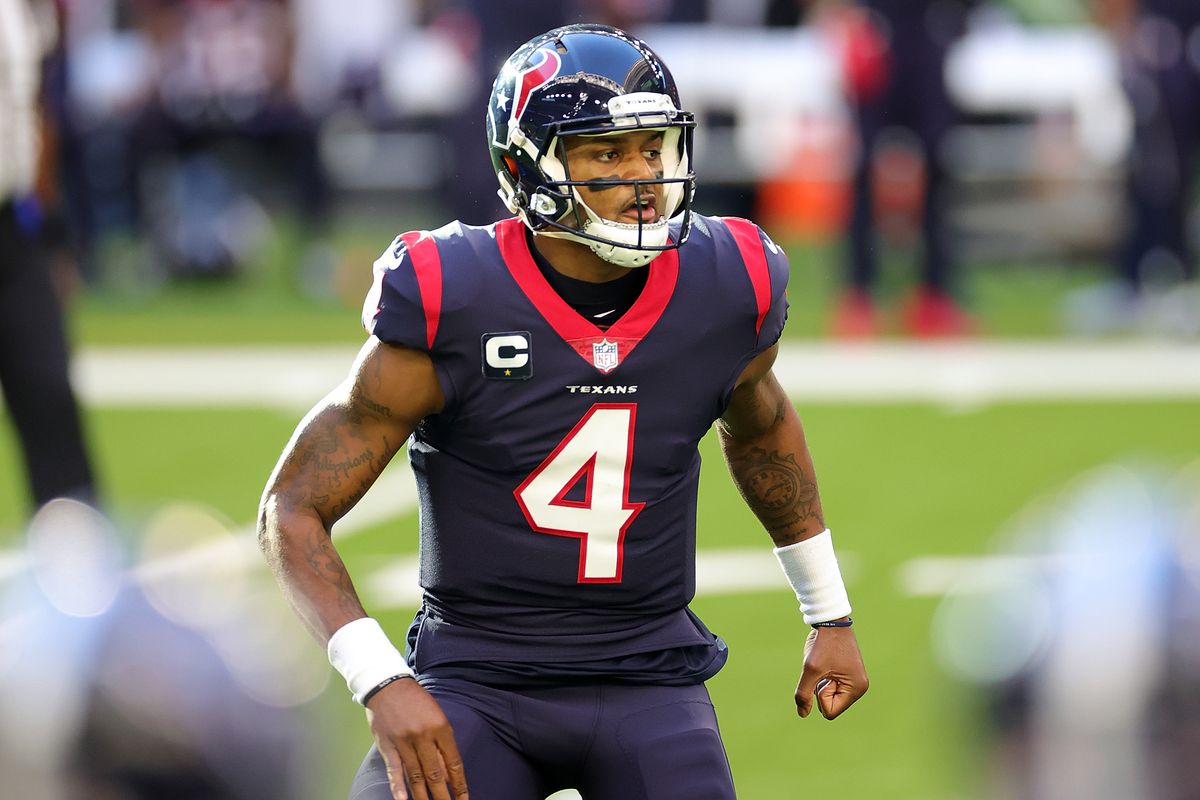 Deshaun Watson competes in an NFL game this past season. Watson has requested a trade from the Texans in the NFL’s latest example of a disgruntled superstar taking their future in their own hands. Photo by Carmen Mandato/Getty Images.

A new era is beginning in the NFL.

As the United States has undergone a social awakening to consciousness and individuality, players are pushing back against the grain and demanding that they be seen as individuals. No longer are they replaceable bodies for entertainment.

Nothing illuminates this point brighter than the most important position on the field: quarterback.

This all comes at a time of unprecedented change not only within the NFL, but throughout all professional sports, as the new generation of athletes began to take center stage in shaping the future of their respective sport. Much like LeBron James’ “Decision,” Deshaun Watson’s trade demand has sent a message to the NFL: the players have the power.

As the older quarterbacks pass the torch, the league has been left in good hands with the emergence of young superstars like Patrick Mahomes, Lamar Jackson and Deshaun Watson. Among them, it is Watson who has become the ringleader of the burgeoning player empowerment evolution in the NFL.

Even with Watson having his best statistical season as a pro, his teams record did not reflect his success after they finished the season 4-12, after an 0-4 start.

To further add insult to injury, Watson was tormented all season as he ranked second among quarterbacks for times sacked.

This comes as a result of the accumulations of miscues form the Texans’ front office and coaching staff, with the most notable including the trade of star receiver DeAndre Hopkins, trading away of top drafts picks and a team revolt against Bill O’Brien as a result of his ineptitude as a head coach and GM.

As the team walked off the field after their final game of the season, fellow teammate JJ Watt walked over to Watson and apologized to him as he felt the organization wasted his efforts throughout the season.

The Texans organization tried to amend Watson’s frustration as chairman Cal McNair vowed to work with Watson to rebuild the team and its culture.

Even after the Texans front office and promised Watson he would be involved in the teams new direction, he was further scorned by the organization.

The process used by the team to hire new GM Nick Caserio in early January left Watson unhappy— as the team went against his input on the decision. As a result of this ill will, Watson requested a trade from the organization — forgoing the no-trade clause in his contract.

Watson shocked the NFL world with this announcement, as he signed a contract extension with the team just prior to 2020 the season starting.

Watson just wanted a voice — a say to which franchise he devotes himself and his career. The continuation of disingenuity demonstrated by the ownership has shown the franchises’ true colors towards its players.

Even at the age of 25, Watson has matured enough as an individual to see how inept the Texans organization is and understands he needs to remove himself from the toxicity the franchise emanates.

However, Watson still has an uphill battle against the organization, as the Texans are reportedly refusing any trade offers for him, further driving divisions between the two parties.

Watson is one of many players throughout the years that have been at odds with their teams over the direction of the organization, however, he has been one of the few with such star power at this stage of his career.

Although Watson’s situation is the most prominent currently, he is not alone in trying to find greener pastures. Other quarterbacks throughout the league have expressed their dismay with their team and situation.

Detroit Lions quarterback Matthew Stafford was rumored to want out of Detroit due to his dismay with the direction the organization was taking with their coaching changes.

Stafford, who has spent over a decade in Detroit racking up stats, leaves the franchise with over 30 passing records under his name. That is, however, all he has — stats.

After 12 seasons with the Lions, he has only three playoff appearances. On top of that, his team has only ever played in the Wild Card round, never winning a Division title.

This is in no part Stafford’s doing, as he has consistently been the backbone of the Lions organization year in and year out. His talent has been wasted with a franchise that hasn’t won a playoff game in over 30 years, while also having never won the NFC North.

After years of his organization failing to build a quality roster supported by a competent coaching staff — Stafford has finally had enough.

After putting in a request for a trade, the Lions traded their long-time quarterback to the Los Angeles Rams for quarterback Jared Goff, a third-round draft pick and two first-rounders in 2022 and 2023.

While Stafford’s situation may have been a more mutual agreement between ownership and player with less drama — his and Watson’s situation aren’t all that different.

They are both talented athletes who have dedicated their careers to their franchise, only to have their personal success, health and legacy be hindered by that very same franchise due to its lack of desire to support and listen to their star player’s opinion.

This has been the status quo for franchises since the conception of professional sports. They don’t care about their players’ opinions, because to these organizations — business comes first.

They don’t give a damn about their suggestions or criticism, they just want them to go out on the gridiron and make them their money.

In other words — shut up and play.

Players are beginning to understand if they are at a high enough level of talent, they have an influence and say in what they want out of their careers. They’re not just another cog in the machine at the mercy of their ownership.

If Stafford and Watson have proved anything to the league, it is that true power belongs with the players — not the ownership.

However, some NFL veterans have taken issue with this new found way of thinking.

One of those individuals is Hall of Fame quarterback Brett Favre, who said, while speaking to Yahoo’s Minty Bets, that these players make too much money to have an opinion.

“I’m kind of old school,” Favre said. “I think you play. You get paid a ton of money to do a certain job and just do it and let the chips fall where they may. I think we make too much money to voice an opinion.”

Favre backpedaled, though, as he went on to say although he feels a certain way, he believes the times and that way are changing.

“I’m not saying he’s wrong,” Favre said. “Again, I think it’s a different day and time, and it will be interesting to see how the organization handles it.”

The hypocrisy demonstrated by Favre is quite unsettling, especially since he has experience pushing for a trade during his career. Favre unretired on the cusp of the 2008 season, and with the Packers committed to Aaron Rodgers, Favre forced the team to ship him off to the New York Jets .

Favre’s lack of empathy towards Watson shows the standard of thinking that has been instilled into the players over the years and why ownerships and organizations have had their way when dealing with player vs. organization issues.

Watson’s willingness to make a stand against organizations and to demand respect has echoed throughout the NFL, as many current and former players have rallied behind him.

As Watson will continue to fight for his respect and to be free of the Texans organization, the situation will prove in time if owners will truly understand that their disingenuous actions against players have consequences.

The way Stafford and Watson’s situations have unfolded demonstrates a shift happening, not only in the NFL — but in professional sports.

The era of “shut up and play” is over.