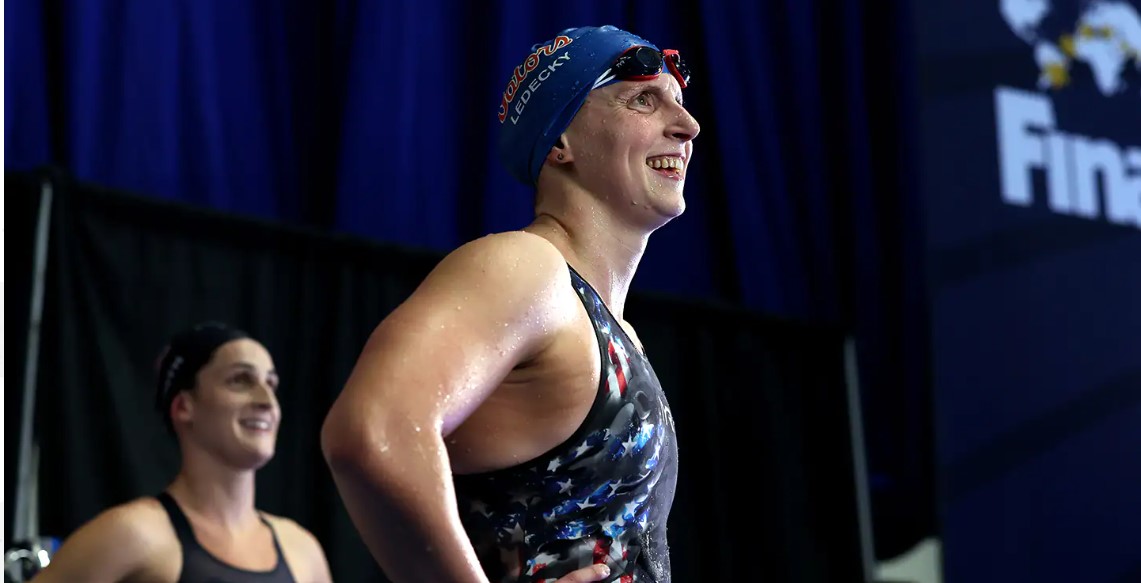 With sports being a major part of mass media, there are many sports that do not get enough attention. Football, men’s basketball and baseball get the limelight when it comes to media coverage, which leaves many sports in the dust — including swimming, specifically women’s swimming. The sport is filled with incredible athletes like Katie Ledecky and Simone Manuel, but their accomplishments are not often covered by mass sports media like ESPN and CBS.

Funding is one of the biggest issues that sports — men’s and women’s — with low viewership face, whether it be at the high school, collegiate or professional level. And with that, there are some sports that just won’t be covered at all. Senior sports media major Bella Riggione detailed which sports tend to have major funding.

“Football is probably the sport that’s most covered, especially the NFL,” Riggione said. “They have the most money. They bring in the most revenue.”

Riggione is right. The NFL brought in a whopping 17.19 billion dollars for 2021 in revenue compared to USA swimming, which brought in 5.8 million dollars. These stats are not surprising considering football is broadcasted every Monday, Thursday and Sunday on multiple networks. Even Amazon broadcasts Thursday Night football now. Swimming competitions cannot keep up with football when it comes to the sheer amount of competitions and games — leaving swimmers in the dust.

Even though swimming does not have a high number of competitions, it still produces plenty of newsworthy moments, such as Katie Ledecky setting a new World Record in the 800m freestyle and the 1500m freestyle. Both records were set in the span of a week but were barely covered in the mass media.

Besides searching for Ledecky’s name on Twitter or CNN, there is not much information online about her newest accomplishments. Riggione recounts how she found out about Ledecky breaking the 800m record.

“I was there for it which was really cool,” Riggione said. “ … but to be honest, I would only know about that if I was there. I wouldn’t have known any other way… I had to search Katie Ledecky in my Twitter mentions to find the tweet that talks about her.”

Riggione’s sentiments show just how under-promoted swimming is. Physically being at the meet shouldn’t be the only way for her and others to hear about the sport and Riggione’s experience is exemplary of the lack of coverage. Without coverage, swimming falls into the shadow of the more highly-visible sports.

All women’s sports — not just swimming — have perpetually struggled to garner a fair share of coverage in media. While the near absence of media attention may suggest that there is no demand for coverage, the fanbase for women’s sports is very-much present. Olivia McKee, a first-year marketing and music industry double major, is a member of the Butler women’s swim team and a fan of women’s sports in general.

“I personally look into women’s sports a lot more just because I’ve done research on Title IX in the past,” McKee said. “I just like watching women’s sports.”

Even with fans repeatedly requesting more women’s sports coverage, it continues to be an uphill battle.

The USA women’s soccer team is ranked first in the entire world while the men are ranked third, yet the men’s FIFA World Cup is publicized everywhere. Basketball is considered to be a wildly popular sport for men. Everybody hears about the NBA and athletes like LeBron James and Stephen Curry, but the WNBA receives far less attention. Steven Williams II, a first-year business major and a member of the Butler football team, noticed the difference in coverage between men and women’s professional basketball.

“There’s a lack of representation with the WNBA specifically,” Williams said. “ … [it seems like] no one really wants to watch it.”

Sports revolving around men isn’t something new but something that has been accepted all throughout history. Even dating back to ancient Greece, men were the ones to compete in the Olympic Games. This sexism within sports is literally ancient and is still happening today.

“When you turn the TV on and you put it on a sports network, it’s going to be a male sport most of the time,” McKee said. “Unless it’s gymnastics, figure skating or the women’s World Cup. Those are the three most popular female sports and that’s because they are stereotypically women’s [sports].”

The limited coverage of Ledecky’s win makes sense when you look at the trends in mass media. Society needs to care more about sports that are underpublicized and give women in sports their well-deserved limelight.