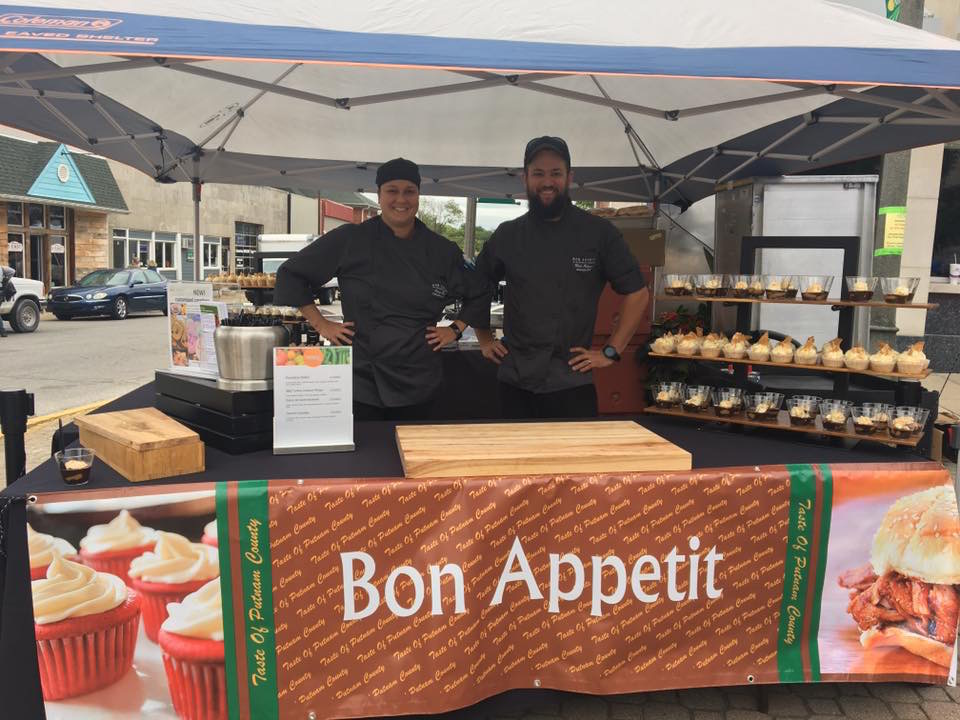 Chef Chad Melinger traded his fine dining career for the chance to experiment with college cuisine, and in Oct. 2020, he joined Butler as the campus executive chef.

Melinger began working in the food industry when he was 14 years old. After attending Kendall College, a culinary school in the Chicago area, Melinger worked in a variety of locations, from start-ups to four-star restaurants. Then he moved to France, where he worked at Le Grand Ecuyer, a two-Michelin-star restaurant.

When he moved back to the United States, Melinger worked at Biaggi’s Ristorante, and then at other restaurants in the Chicago area. About three and a half years ago, Melinger moved to the Indianapolis area to work as the Executive Chef at DePauw University for Bon Appétit.

Melinger was interested in the opportunities that came along with working at a university; primarily, he decided to come to Butler because he was enthusiastic about the chance to manage Butler’s multiple dining halls.

“I really wanted the opportunity to work in a little bit larger of a university and get what I call multi-unit management under my belt,” Melinger said. “Butler has Atherton, ResCo, Plum Market, Hinkle concessions… all these outlets, and that gives me the opportunity to continue to grow in my career and get more under my belt as far as experience goes.”

Melinger said he wants to elevate what Butler does in regards to sustainability and healthy food by working more with local farmers. He hopes to continue to drive the local farmer program at Butler to a level that encompasses all of Butler’s directives, such as the BUBeWell program.

In addition to using these local ingredients, Melinger said he considers his cooking style to be simplistic.

“You’re not hiding, you’re not masking your flavors, but rather exploiting them. A great sauce doesn’t have to have 35 ingredients, it can have two or three,” Melinger said. “Rather than chunking [the vegetables] all up and throwing a bunch of cream and stuff on them, we’re really just gonna focus on their flavors, and put them out simply.”

Campus dietician Katy Maher shares an office with Melinger and said she works closely with all chefs to meet wellness commitments such as dietary preferences. She also said Melinger is passionate about Butler’s sustainability initiatives, something she is also involved in.

“Chef will always take the time to listen to ideas, and I appreciate his excitement to work with me on wellness events so that we can continue to promote a culture of wellness on campus through the dining program,” Maher said in an email to The Butler Collegian.

These sentiments were echoed by Mandy Rentschler, Bon Appétit‘s marketing manager, who said Melinger will be a good addition to the team. She said she likes how he is not afraid to take risks and is excited to engage with students, two things beneficial to working on a college campus.

As Melinger’s background is in French cuisine, his all time favorite dish is a French dish called cassoulet, a hearty bean stew with many different kinds of sausages. He said he is interested in introducing dishes like this at Butler, along with various other dishes that student groups recommend.

“We are exploring some regional… opportunities with some student groups on campus to make sure that we’re really expanding on what we do, as far as different types of foods,” Melinger said. “I like to continue to drive what students want to see as far as elevating their experience and taking the feedback from the student body.”

However, the cooking is only one part of Melinger’s experience as a chef. At Butler specifically, Melinger enjoys the participation of students on the Food Council, a group of about 30 students that meet once a month to give feedback on the dining program.

“We’ve made a lot of changes over the last semester that were student driven; they wanted to see certain things on the menu, or they wanted to have a certain type of experience,” Mellinger said. “When they reach out to us, they give us that opportunity.”

Melinger said that, above all, his favorite part of being a chef is the people he works with.

“Kitchens have always been a place for people of all walks of life to come together for the same cause,” Melinger said. “People who work in kitchens are passionate. Maybe they don’t necessarily fit into another background, maybe their walk of life led them astray, maybe they just didn’t have anything that they can hold on to regularly. My favorite part about being a chef is we all kind of understand that about each other.”