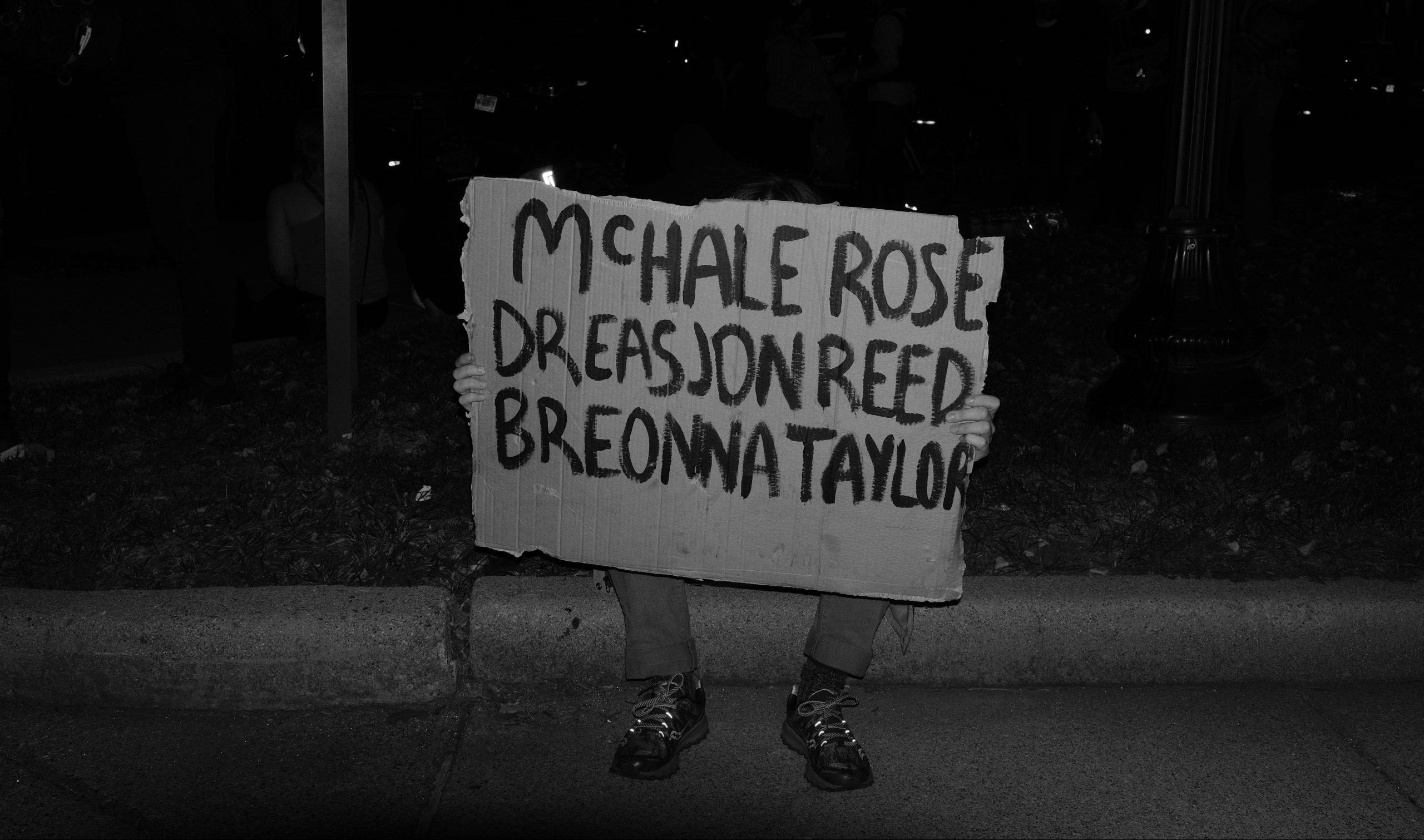 Protestors hold signs in downtown Indianapolis after the announcement that the officer who killed Dreasjon Reed will not face criminal charges. Photo by Julian Cirnigliaro.

On May 6, 21-year-old Dreasjon Reed was shot and killed in Indianapolis. Over six months later, on Nov. 10, special prosecutor Rosemary Khoury announced a grand jury did not find enough probable cause to charge IMPD officer Dejoure Mercer with a crime.

In a press conference, Khoury said the grand jury of six Marion county residents returned a “no bill” after hearing testimonies and reviewing evidence, meaning they did not find sufficient evidence to charge or accuse Mercer of a crime.

Khoury instructed the Indiana State Police to conduct “as complete and as thorough of an investigation as possible in as sterile of an environment as possible” and believes that the investigation was conducted impartially.

The incident under review was captured on Facebook Live by Reed himself. It began with a car chase on I-65 near 30th St. and ended near 62nd St. and North Michigan Rd., when Reed stopped and exited his vehicle. Soon after leaving the car, Reed dropped his phone, obscuring the visual documentation of the incident. Officer Mercer claimed Reed fired at him twice before the patrolman fired back. The wounds were fatal.

Reed’s family, along with attorney Fatima Johnson, said IMPD’s version of events was untrue. They claim that Reed did not shoot, point nor brandish a gun at the IMPD officers.

The competing narratives around what happened on May 6 sparked outrage in Indianapolis. Indy10, the Black Lives Matter group in Indianapolis, placed demands on IMPD to investigate the case and release the names of the officers involved. Khoury, the special prosecutor, was appointed on June 4 — nearly a month after the incident. IMPD did not release the name of the officers involved until June 10.

The protests in the Indianapolis community have brought change. IMPD Chief Randal Taylor announced the department’s intentions to create a policy that codifies how and when the identities of officers involved in critical incidents will be made public.

Nov. 10, 188 days after the death of Reed, protests again emerged downtown. The results of the case prompted Indy10 to host a “space for grieving community members at New York and Meridian,” on Nov. 10, according to their Twitter post. IMPD has yet to meet all of Indy10’s demands in regard to the Reed case, including a federal investigation, the release of additional information and the resignation of officer Mercer.

According to organizers, the protest is “partially postponed” until Nov. 11.