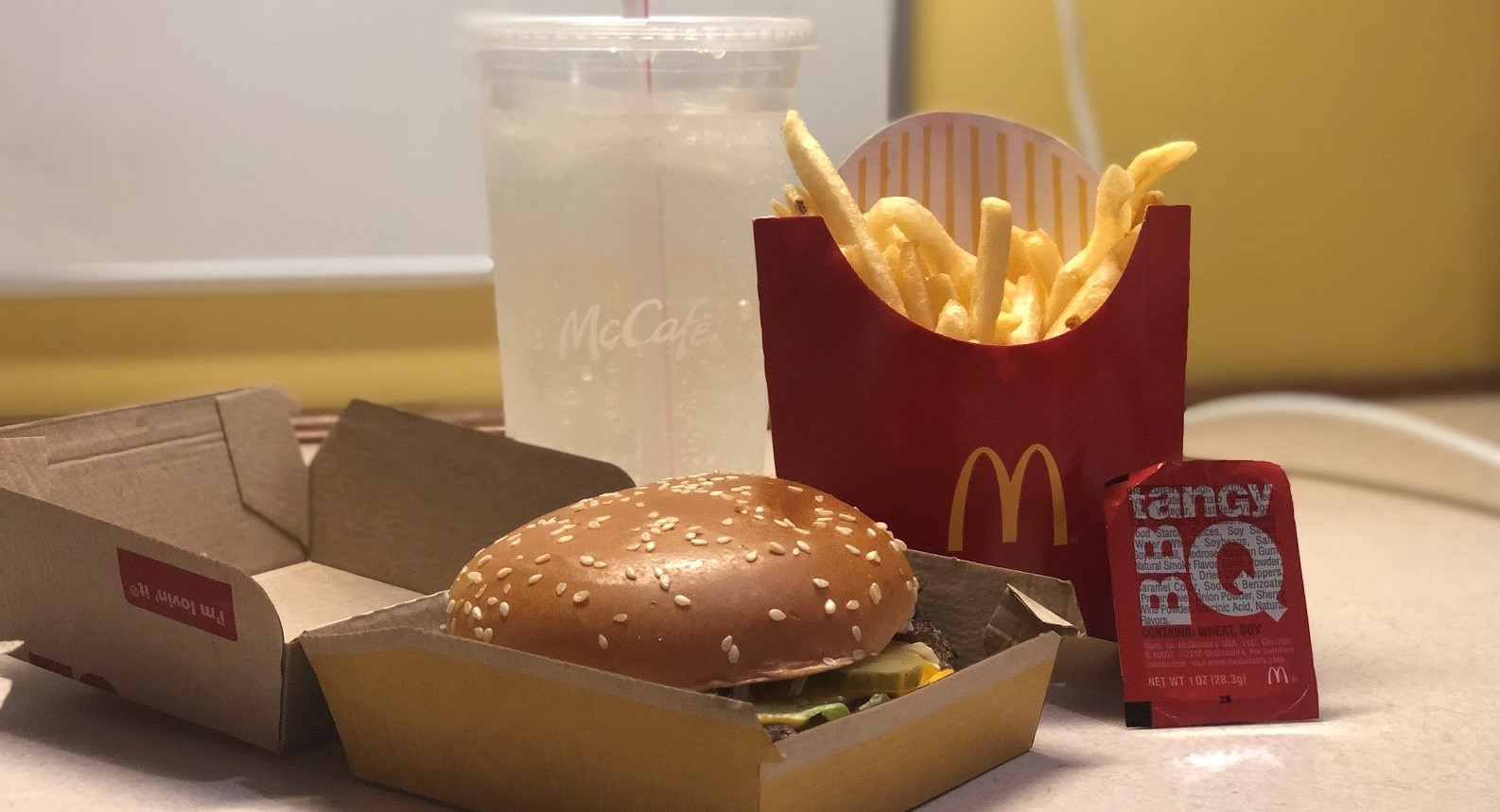 Imagine a savory beef patty, topped with cheese, onions, pickles, ketchup and mustard enclosed in not just any bun, but a sesame seed bun. You might be thinking, that’s just a Quarter Pounder from McDonald’s. But if you add some slices of crunchy bacon and shredded lettuce, you get The Travis Scott burger.

For a burger almost no different than a Quarter Pounder — and the exclusion of any Happy Meal toys — the hype around this common commodity is absolutely unreal.

Since Michael Jordan’s “McJordan” 30 years ago, McDonald’s has not named another burger after a celebrity. That all changed when rapper Travis Scott announced his collaboration with McDonald’s on Sep. 3 on Twitter. With Scott’s name in the spotlight now, he has some big shoes to fill. The meal comes with The Travis Scott burger, medium fries with BBQ sauce and Sprite — which is his “same order since back in Houston.” The limited time collaboration will be ending on Oct. 4.

Scott’s cultural saliency stems from creating hip-hop music, with his most well-known song being “Sicko Mode.” Scott has made appearances at a number of music festivals over the years of his music career, and upon releasing his third album, “Astroworld” in 2018, Scott went on tour. Aside from music, he recently had a concert on video game Fortnite and collaborations with shoe brand Nike.

Perhaps it is because it is a limited time offer, but the hype around this meal is truly unparalleled. Merchandise for the collaboration can be purchased on the rapper’s website. The products all stem from ‘90s and early 2000s fashion, and they range from t-shirts, socks, a lunchbox, a pillow, a rug and more. But the buying and selling hasn’t stopped there. Even the t-shirts designed for employees to wear during this collaboration and promotion posters are being confiscated and resold by customers to sell online.

The popular social-networking and video-creation platform Tik Tok has further popularized the collaboration. A recent trend shows young people pulling up to the McDonald’s drive thru and saying “You know what I want,” or blasting Scott’s song “Sicko Mode” while ordering.

While most rappers are interested in collaborations with upscale brands, Scott’s choice to collaborate with McDonald’s shows how much he is venturing out to create his brand. McDonald’s likewise benefits from Scott’s cultural relevance in order to advertise to young people effectively.

I decided to try the burger to see what the excitement was all about, and I think it is safe to say that The Travis Scott Meal is definitely not worth all the buildup. The burger tasted exactly like what anyone would expect a McDonald’s meal to taste like. However, I am glad that they opted for a sesame seed bun.

I am not a huge barbecue fan, but for the sake of the experience, I used it for dipping my fries. McDonald’s fries are in my top five favorite fries list so that part of the meal was better than the burger itself. Trying them with barbecue sauce pushed me out of my comfort zone, and the sweet yet savory taste was enjoyable. Be that as it may, I think I will stick to buffalo sauce for dipping my fries.

The Sprite was a great way to finish off the meal. A McDonald’s trip is always worth it when a bubbly Sprite is included. Seriously, McDonald’s knows what they’re doing with such an exceptional, crispy tasting soft drink that tastes unlike any other Sprite I have ever tasted. For those that haven’t experienced the unique experience that is a McDonald’s Sprite, I implore you to taste the difference for yourself. I wasn’t too upset about spending six dollars on the meal because most McDonald’s meals fall around that price anyways. All in all, I felt the price reflected the quality of the experience I had, so I can’t complain there.

However, I do not think I will be purchasing The Travis Scott Meal again. I think I’ll stick to making a McDonald’s run when I am really craving my own go-to: a cheeseburger meal, which happens to be about three times a year — four if I am really yearning for some Sprite.