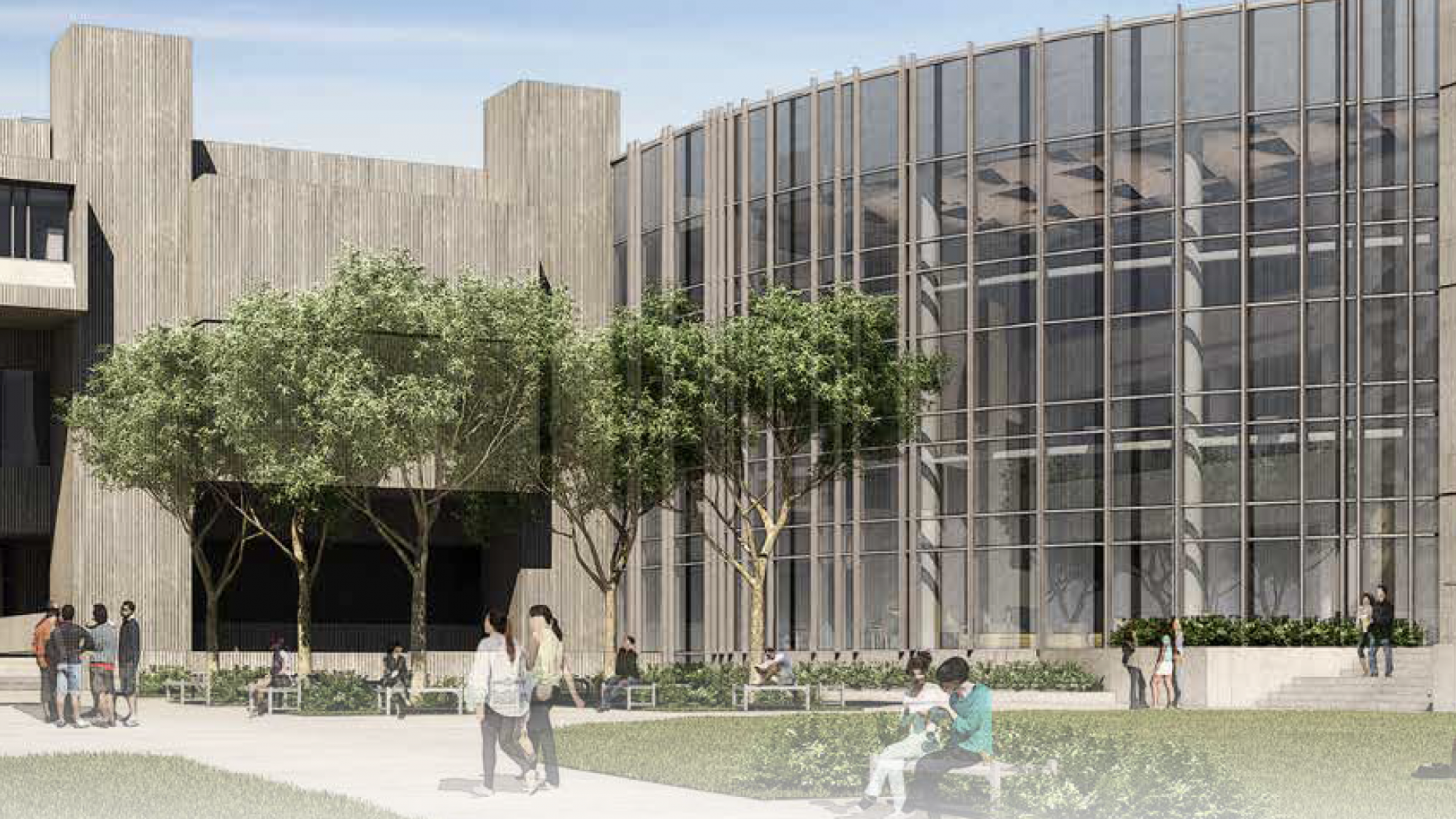 Construction and renovation is continuing on campus for the sciences building and greek housing. Photo courtesy of Butler.edu

Across campus, changes are happening, and progress is being made with the construction projects. The Holcomb building, the first of the two science buildings to get renovations, is well underway, and all Greek housing updates are expected to be complete by the beginning of next school year.

The sciences renovation, funded by donors and university capital, will include an atrium and an expansion which will provide over 45,000 additional square feet for academic use. There will be more labs, a new science library and academic support space.

John Lacheta, presidential fellow of university operations, said the project for the science buildings is right on schedule.

“The atrium, addition and Holcomb will open at the end of this academic year for offices to move to their new homes, and then the Gallahue renovation will begin,” Lacheta said in an email to The Butler Collegian.

The construction team hopes to maintain the integrity of the original building and the “look” of Butler University, as well as provide the best possible space for both students and faculty on the interior.

Jennifer Kowalski, an associate professor of biological sciences, is looking forward to the science building updates.

“Our facilities in Gallahue are in such bad shape, even in terms of basic things like temperature control and water quality, so just having nice brand-new facilities is going to be great for classes and labs,” Kowalski said. “The design of the new building also will allow a lot more interaction between faculty and students from different departments, which is exciting.”

Kowalski said the construction has not had an extreme impact on research and classes. She said there have been a couple of times where shelving and things have fallen off people’s walls, but she thinks overall the construction so far has not been too bad — except for the noise.

“Once they start the renovations of Gallahue, that will be the disruptive part because then we’re all going to have to move into temporary spaces [in Holcomb] and then move back again,” Kowalski said. “We are trying to make sure everyone has space to do research, but it’s probably going to be crowded and not ideal for a while.”

However, once the project is done, Kowalski is looking forward to having more space in the science department and updated facilities for faculty and student use.

“The space is going to be super nice, and it will really facilitate both research and teaching and the integration of the two,” Kowalski said.

The renovations for Greek housing, funded by individual Greek organizations, will include a new house for Lambda Chi Alpha, a renovation of Tri Delta’s building and an expansion for Pi Beta Phi which is near completion.

Claire Paciga, the president of Delta Delta Delta and a senior pharmacy major, said she and her chapter members are looking forward to the updates to their house. Paciga said it has been a little disappointing to not have a communal space in a house to hang out this year, as chapter members are currently living in on campus Butler housing, or off campus housing for seniors.

However, she said she sees it as a blessing in disguise that it happened this year, because she believes it would be challenging to coordinate the rules and regulations in the house considering COVID-19.

“I think everyone is excited just to have a communal space again for next year,” Paciga said.

Paciga said the members of Tri Delta are looking forward to the additions once they move into their house. After the construction is complete, the chapter house will have around 30 more spots for residents than it did before. Additionally, there will be larger communal spaces for students to share meals and relax.

“Over the summer they renovated the Phi Psi house, and [these renovations] are great,” Ditzler said. “They added new carpets and new walls and everything. It doesn’t look like it’s been vacant for five years, or like it feels old.”

Ditzler feels that the chapter already has what they need at the core, in terms of a physical living arrangement, but their new house will be an upgrade. He believes that it will be a reward for all of the hard work that the chapter and alumni have done.

“We’ll have new facilities, new rooms, and everyone will be excited to be the first person in their bed, ” Ditzler said. “The facilities will be very nice and clean, and we won’t have issues like water heaters being broken or all these problems we’ve been having in Phi Psi. That will be really great, and just having a place to call our own as well is very nice. It will feel like we are finally settled.”

There have been some changes to the original plan as well. Beta Lane was formally going to be turned into a grassy area with a sidewalk. However, parking is a short supply on campus, so it will instead become a one way street with 12 slanted parking spaces on either side. The members of Lambda Chi Alpha will share half of the parking spaces with their neighbor, Alpha Chi Omega.

Kent Rollison, an alumnus of Lambda, has been in negotiation with the university for around four years to make this new house a reality.

“He just put so many hours into this,” Ditzler said. “He’s managed [the negotiation with the university] very well, and we are all super grateful for his help.”

Though Ditzler finds it a little optimistic, the alumni and the construction company for the new Lambda Chi house are confident that the project will be completed by a deadline of about 12 months, and the chapter members will be able to move into the new property by next fall.

Either way, students can look forward to seeing the completed Greek houses sometime next school year, along with progress on the science building renovations.