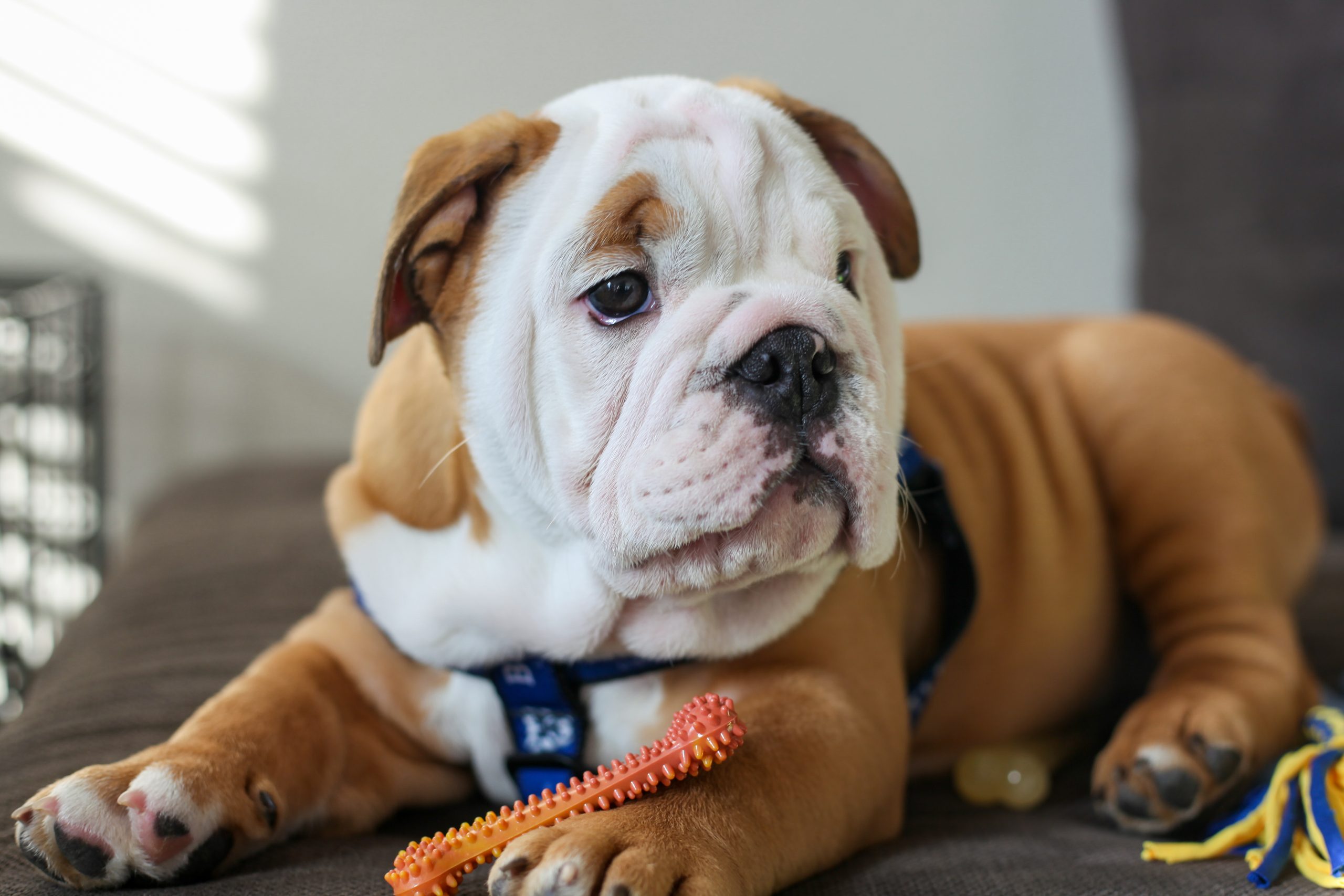 Amid the COVID-19 pandemic, interactions between Blue IV and students will look different this semester. Collegian file photo.

Nothing draws a crowd quite like Butler Blue IV,  with about 500 people attending his debut in Hinkle Fieldhouse last spring. Last year, Butler community members were also introduced to Blue IV at game day meet and greet events and puppy hours in the library. Now in the era of COVID-19, students are asked to take special precautions when meeting Butler’s newest mascot.

In a graphic released by Butler University on Instagram, students are asked to wear a mask, use hand sanitizer before and after meeting Blue, and maintain a distance without crowding Blue.

Evan Krauss, Butler Blue IV’s mascot handler, said students are asked to take these precautions for their own safety and the safety of the community. Krauss, also Butler’s marketing specialist for external relations, said he does not think Blue IV can transmit COVID-19, but he can carry it. This is similar to other common surfaces, which is why students are asked to use hand sanitizer before and after petting Blue IV.

With the added precautions in place, as of right now, Blue IV will not be having office hours this semester.

“If we say hey, we will be in the bookstore from 10-11, we can’t really guarantee any form of social distancing,” Krauss said. “We can encourage it all we want, but at the end of the day, I wouldn’t feel good about that.”

Without office hours this semester, Blue IV has interacted with Butler students in different ways.  Blue IV went shopping for students, after posting an Instagram story asking students what they needed to shelter in place. Krauss said he and Blue IV purchased lanyards, breakfast supplies and other items for students. On Sept. 2, Blue IV and Hotbox pizza passed out pizza to students on the corner of Sunset Avenue and Hampton Drive.

One of the most difficult parts of COVID-19 for Krauss and Blue IV, especially during the lockdown phase, has been not being able to see people.

“I love to be around [people], I think if we could take Blue IV to events all day and he wouldn’t get worn out that would be great,” Krauss said. “And same with Blue. Blue loves people. He loves to interact with people, he loves to meet new people and that’s been the hardest thing is that sort of isolation.”

Although Krauss is still considering doing virtual puppy hours, his goal is to have Blue IV out around campus enough that students still get a chance to meet him. This semester, Blue IV is living on campus with Krauss and his wife, Kennedy. Krauss said he thinks that living on campus will help more students have the opportunity to see Blue IV throughout the semester.

Grace Olsen, a junior environmental studies major, had the chance to see both Blue IV and Trip outside her apartment this semester. Olsen said that before petting the dogs, she and her friend double-checked to make sure it was okay and remained socially distant from Evan and Kennedy throughout the interaction.

Although interacting with Blue IV looks a little different this semester, Olsen said it was still a positive experience.

“It’s definitely really exciting still,” Olsen said. “I’m a big fan of these dogs so it really makes my day whenever I just get to see them around.”

Additionally, some students may seem more hesitant to meet Blue IV this year than they did in the past. Olsen said she has seen people notice Blue IV and decide not to approach him when they realize someone else is petting him, unlike last year.

“There’s a lot more tension, I guess, around it,” Olsen said. “Everyone’s a little bit more nervous approaching because we don’t want to invade Evan and Kennedy’s space but it’s also like, he’s the mascot.”

Madi Dornseif, senior strategic communication major and intern for Blue IV this semester, said it was fun getting to see the community react to Blue IV — she even said people were running outside to see Blue IV and get the pizza.

Along with wearing a mask and using hand sanitizer, Krauss said it is helpful if students are aware of how much time they take with Blue IV.

“I want everyone to feel like they have a good experience with him,” Krauss said. “And some people want to be with him for a long time, however, if you’re with him for a long time, that line starts to add up… So once you have your time with Blue, you get your photo, you feel like you’ve had a good amount of time — we don’t want to rush you by any means — maybe it’s time to move on and to let someone else see Blue.”