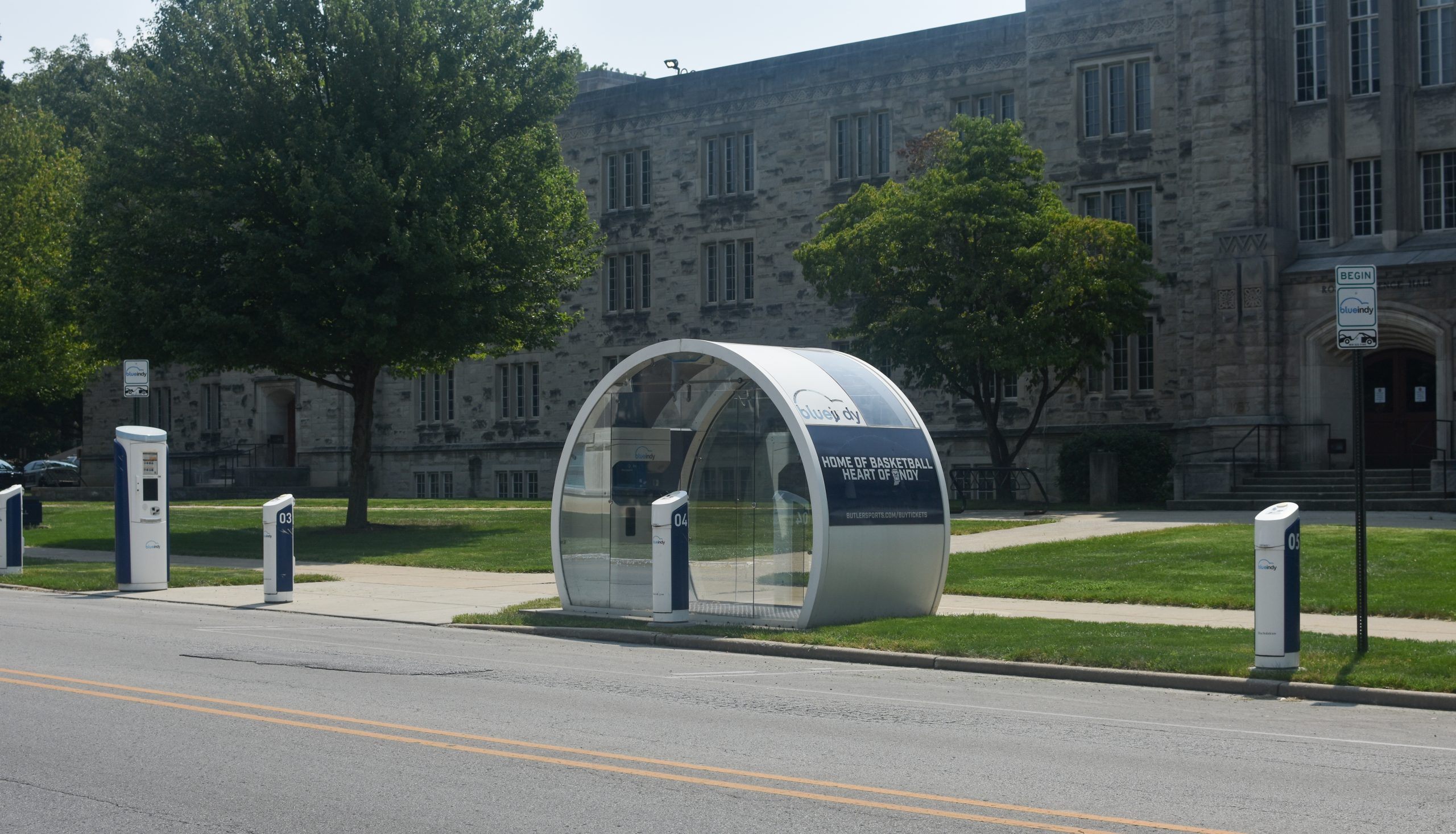 You’re a junior Butler student who does not own a car. You were just selected for an off-campus internship for the fall, and you are excited because this internship could give you great experience for your future career. You are running low on food, and since you no longer have a Butler meal plan, you need to buy groceries for the week. In Indianapolis, there is no metro system, the bus lines are limited, and BlueIndy, which you used to rely on, has now shut down. You hope that a friend can drive you to pick up groceries, but you have no idea how you are going to get to your internship.

With limited transportation options in the city of Indianapolis, many Butler students are unable to run errands, have off-campus jobs or explore places around the city without depending on other students. In a city like Indianapolis, cars are essential. And for some students, especially for students who come to Butler from far away, this is not always a feasible option.

Butler students can use ridesharing services such as Uber and Lyft, but as those are often expensive, they may not be viable for students who need frequent transportation to an off-campus job or internship. Students are able to buy IndyGo bus service passes for $30 per month through the Student Involvement and Leadership office. However, the buses are often slow, difficult to navigate and frequently require long walks to and from bus stops — IndyGo bus trips can take at least twice as long as driving, according to Google Maps. Students could also rent Lime scooters, but those are not fit to travel on busy streets or to go long distances.

Senior biology major Noa Klausner is from Las Vegas and does not have a car on campus. Throughout her first three years at Butler, Klausner primarily relied on BlueIndy to run errands. Now, she relies on friends to drive her where she needs to go.

Klausner’s boyfriend attends IUPUI, and since he also does not have a car, the two relied on BlueIndy to see each other. Klausner said they researched IndyGo lines to see if they could take the bus instead, but what would have been a 15-minute drive with a BlueIndy car is now a bus ride taking upwards of 45 minutes.

“It’s just a mess,” Klausner said. “Thank God I have friends here who are willing to drive me places because I don’t really have that many options.”

For international students without U.S. driver’s licenses or cars in the country, the lack of public transportation in Indianapolis limits their ability to travel around the city.

Chiyo Nishida, a senior dance performance major, is an international student from Japan. While she used to use BlueIndy to run errands, Nishida said that she has been depending on friends to drive her to buy groceries.

“[If] I forget to buy something, or if I remember that I need something, I can’t just be like, ‘Oh yeah, I’ll just go to the store today,’” Nishida said. “I have to plan out and ask my friends when they’re going grocery shopping so they can take me.”

For students without cars, SGA will be continuing their partnership with Uber throughout the upcoming school year. This program allows students to Uber to the St. Vincent Stress Center, the Indiana Youth Group, the Damien Center and the Julian Center for free. It also allows students to Uber to the Meijer on Keystone Ave and Saraga International Grocery from campus for a reduced cost.

This year’s Uber program will be released on Sept. 15. However, students will be able to be reimbursed for travel to the health-related locations if they must go before the program officially begins. Once the partnership is released for the year, students will receive an email that will contain a link to the SGA Uber page, which they will be able to access by logging in with their Butler credentials.

SGA president Stevie Sedlacko said that while the partnership only applies to six locations presently, SGA is working on adding other locations, specifically an off-campus COVID-19 testing site.

“We’re trying to find the right testing site, because a lot of testing sites are drive-thru and you have to stay in your car, and we don’t think Uber drivers will be able to wait while you get your test,” Sedlacko, a senior healthcare and business major, said.

Sedlacko said SGA is also going to continue to provide their shuttle busses to the airport before breaks. Additionally, he said there will also be a shuttle service to Massachusetts Avenue to provide students with access to the downtown Indianapolis area. He said this shuttle will begin services at around the same time that the Uber partnership program is released.

“We’re constantly looking at different partnerships that we can have, different groups or different companies that we can utilize to create public transportation,” Sedlacko said. “And really it’s just a matter of kind of picking things or finding things that we think will be useful, but then the most important is getting students’ feedback and utilization.”

Though these programs provide transportation to students to some essential locations, they still do not give students much flexibility when it comes to navigating the city of Indianapolis.

“All the other campuses have a better system, even IUPUI has their JAGLINE and, yeah, Butler is not the best in that regard,” Klausner said.

Now that the service that many students relied on has left the city, Butler students are left without the independence that the car-sharing system granted them.

“It’s definitely stressful, it’s not impossible, but it’s stress that probably shouldn’t be there,” Nishida said.