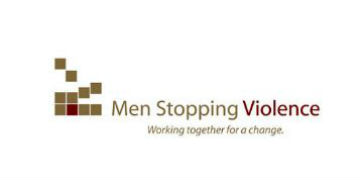 This semester, students in my immigration seminar have been reading “Take Me Home,” a 2010 novel from Brian Leung, the Director of Creative Writing at Purdue. The book is set in late 19th century and early 20th century Wyoming and focuses on the hard lives of American, European and Chinese settlers and immigrants. While the novel is a story of friendship, cultural awakening and nativism in the American West, it is also about love and desire.

One of the characters is Muuk, a Finnish miner, who marries a local woman because he believes marriage is expected of him and to establish himself as an American. But, he is lost as to what to do on his wedding night. “When he was fully above her, she stretched her legs out between his, and there was room and ease, as if he had no weight,” Leung writes. “His lips did not move but stayed pressed against hers. He began to make little noises, intermittent mouselike squeaks. She felt one of his tears run down the side of her face to her ear. ‘Oh,’ Muuk said quietly. Then he sat up abruptly. ‘I cannot,’ he said. ‘Cannot.’ Now he was crying full force as he stood up and replaced his hat on the top of his head.”

Of all the episodes in “Take Me Home,” this is the one that had me choked up. Muuk’s discomfort about what to do with a woman and his reluctance and inexperience about sex resonated with me and all the confusion I felt as an undergrad. I did not date or have sex as an undergrad and only lost my virginity when I was 24. I was in Alpha Chi Rho fraternity, wrote for the Purdue Exponent, served on the Interfraternity Council, and was active on campus. But I experienced multiple traumas and suffered from a deep depression that I could not describe because I did not have the words.

To put it simply, I was not ready for sex. But gratefully, I was in a fraternity of men who did not pressure each other to engage in sexual acts to meet certain standards of masculinity. I also benefited from the mentorship of Pastor Mark Hults, who coordinated Greek Intervarsity Christian Fellowship and gave me a place to be Greek without the sexualized norms that go with being 17- to 22-years old in West Lafayette.

Now, as a faculty member at Butler, I have started to reflect more on the social norms on campus surrounding intimacy. I am grateful for the resources that exist on campus including our Title IX coordinator Maria Kanger and the support group for survivors of sexual assault. I also believe that Butler’s faculty and staff are more committed to the overall well-being of our students compared to larger universities where students are just ID numbers and not people.

However, work can still be done to curb sexual violence on our campus. It starts with an openness to have difficult conversations and an emphasis on men holding other men accountable for our behaviors. This idea that “we are the work” is the core tenet of Men Stopping Violence, a non-profit in Decatur, Georgia, where I completed an internship in 2009. Men’s violence towards women will only end when men actively address and fight patriarchy and misogyny and use our privilege to tackle the institutions that encourage toxic masculinity.

This kind of change must take place across our campus and be modeled by our leadership and within each college. But it must also become part of the policy implementation culture with BUPD, and most importantly, fraternities. I was very vocal about change in the Greek system last year when I organized an event on cultural appropriation during homecoming. And I strongly believe that culture of sexual harassment on our campus should be met with a heartfelt and cogent response by the five fraternities that make up the Interfraternity Council.

Why are men neglected in the conversation on their own consent? What about all the men at Butler who do not want to have sex, but feel pressured to do so from other men, but also from women? I firmly believe that the time is now for a campus-wide conversation about these questions. We must emerge in the post-coronavirus era as a university with not only a renewed commitment to learning, but a new campus culture that embodies safety, respect and accountability. We are the work.