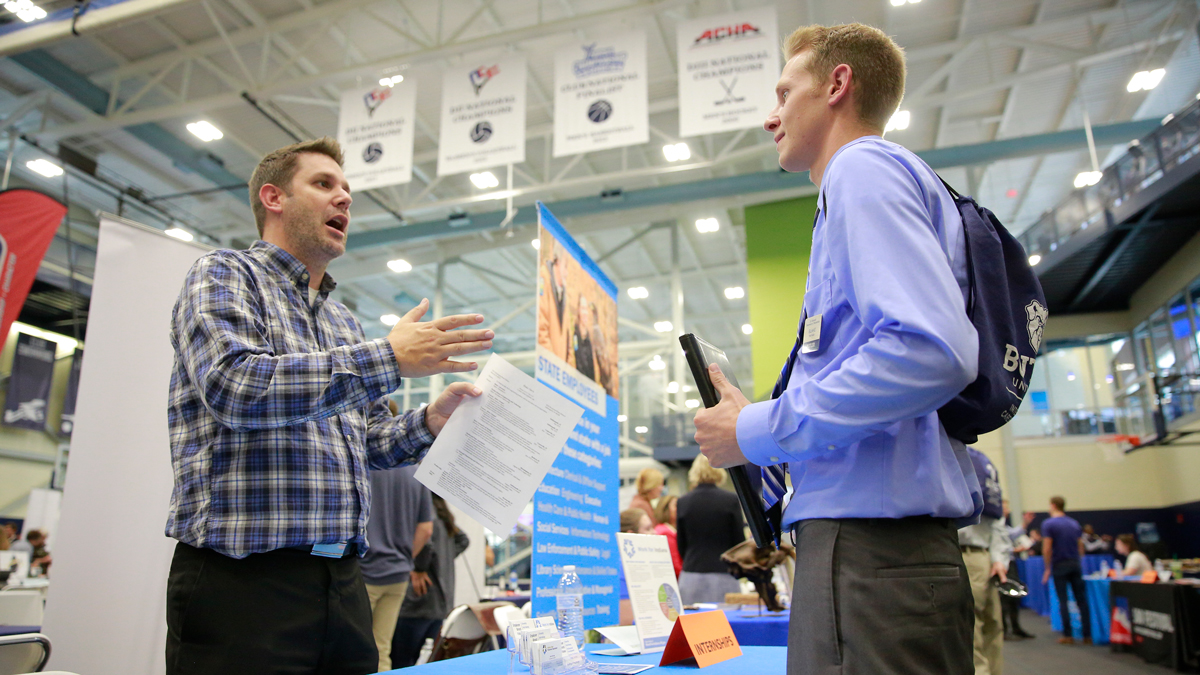 Last week, there were over 6.6 million initial claims for unemployment in the U.S., a new record that dwarfs any single week during the Great Depression or Great Recession of 2008. Additionally, many businesses have stopped hiring altogether. Students searching for internships and jobs are having to quickly adjust to this new reality.

William Rieber, a professor of economics in Butler’s Lacy School of Business, attributes the speed of this rise in unemployment to the nature of the coronavirus itself.

“Because it spread so quickly, we’ve had to shelter in place so quickly and that’s why unemployment increased so quickly,” Rieber said.

Rieber said it is not clear when these circumstances will end and when the economy will recover. However, he said students who are looking for employment should continue to stay connected and optimistic.

“This will end, and we’re talking about people who are 22 years old that will have 45 or 50 years in the labor force,” Rieber said. “So if things don’t go smoothly for a few months, don’t get discouraged.”

Gary Beaulieu, the senior director of Career and Professional Success at Butler, also believed it is important for students to avoid getting too discouraged and to keep working at finding the positions they want.

“There are still going to be organizations hiring and there always will be,” Beaulieu said. “Don’t be afraid to continue to apply to positions…because this will end and the students who are successful are the ones that don’t stop, they just keep going.”

Beaulieu said students can continue to network virtually through sites like Linkedin and Wisr, a website with about 800 Butler alumni who have indicated they are willing to help students connect with employers. Butler students can also get help from CAPS with practicing their interview skills and reviewing their resumes during Zoom drop-in hours on weekdays.

Isabel Heitmeyer, a sophomore healthcare and business major, said she plans on going to a virtual career fair hosted by CAPS on April 16.

Heitmeyer was originally planning on interning in Singapore this summer through the Butler in Asia Program. However, mounting concerns related to the coronavirus led to the program being canceled.

Heitmeyer said she has been looking for internships related to her major, but this has become a challenge during these unique times. She said she thinks many organizations on the business side of healthcare might not be hiring right now due to economic concerns. This would leave her only with other healthcare positions, like internships within hospitals.

But Heitmeyer said she questions the prudence of looking for a position like that under the current circumstances.

“Obviously my parents don’t want to send me into a hospital in these times of uncertainty,” Heitmeyer said. “We definitely need healthcare workers and that type of thing, but maybe an internship within a hospital isn’t the best idea right now.”

Amanda Weiderman, a sophomore mechanical engineering and economics major, is also facing some uncertainty in her search for a summer job. Weiderman has been a lifeguard since she was 15 years old and had been looking for a position at a pool or beach. However, many were closed due to the virus, and she has since begun looking for positions at grocery stores in her hometown.

Still, she said she knows businesses like this could be affected by the current pandemic as well.

“I think people are a little reluctant to hire right now just because we don’t know when [the effects of the coronavirus] will end or how bad it’s going to get,” Weiderman said.

Sophomore Claire Arick planned on interning in Singapore this summer along with Heitmeyer. She said she was not surprised when she found out over spring break that the program would be canceled. However, she said she was disappointed because she is not sure if she will have another chance to go.

Arick said Butler’s Center for Global Education told students who had been accepted into the program they would have priority in picking any of the locations for next summer. Even so, as a risk management and insurance and marketing major, she said many of the internships related to what she is studying are offered to students for the summer after their junior year.

Being that she will be a junior next year, along with the fact that she says the Butler in Asia program was not able to offer internships in risk management, she questions whether doing the program next summer would be the best move for her.

Despite this, Arick is trying to balance her disappointment with optimism for other opportunities.

“I think everything happens for a reason and if it just wasn’t meant to be this summer then that’s okay and I just need to move forward,” Arick said. “It is frustrating that it’s something I probably won’t be able to participate in in the future, but there’s going to be other opportunities for me.”