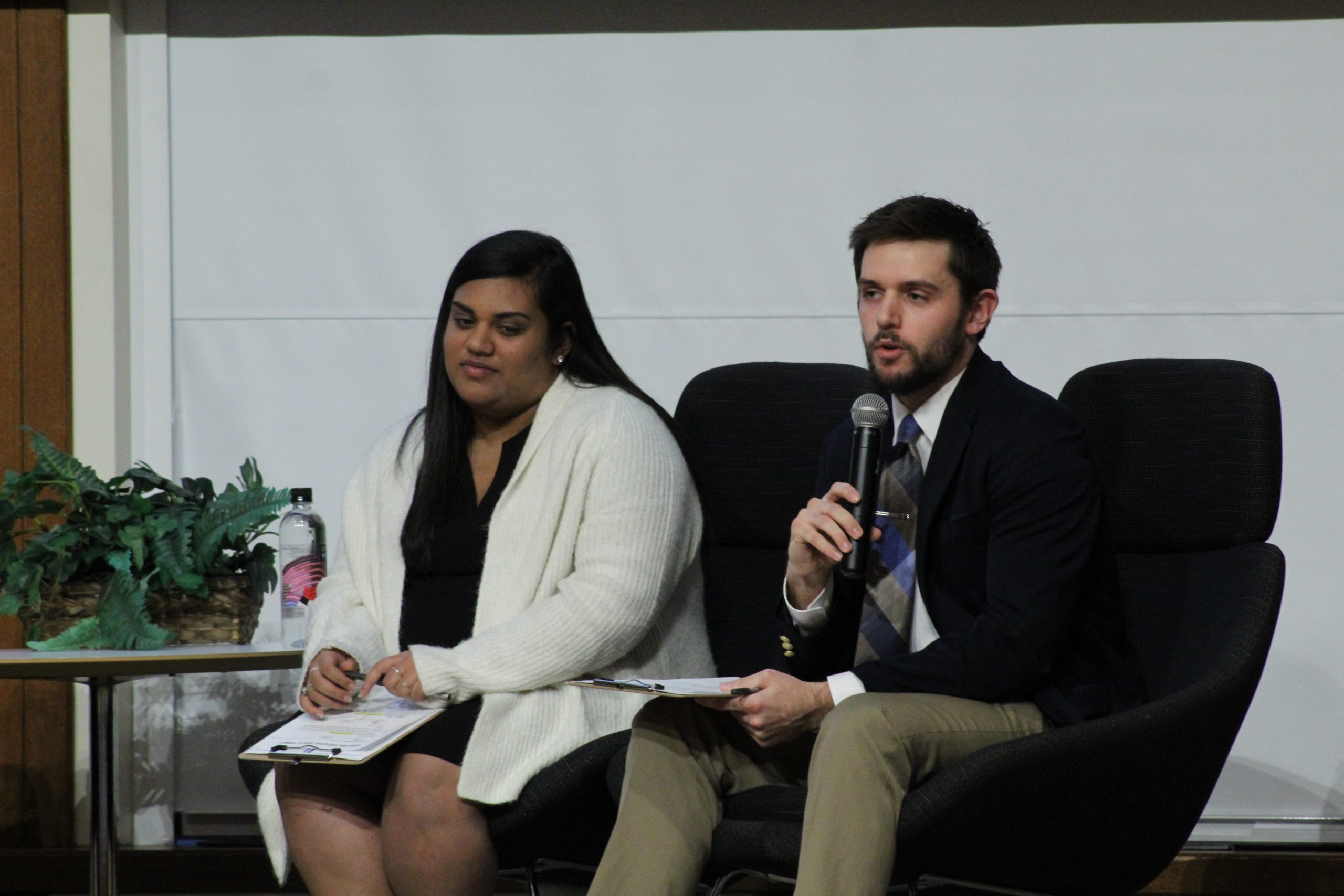 Sedlacko and Patel ran on the platform of authenticity, trust and engagement. The future leaders of SGA put emphasis on authenticity, highlighting that they want to be approachable and remind everyone that their goals are the same as other students.

“At the end of the day, we’re students just like anybody else,” Sedlacko said. “We didn’t come here to be in SGA, we came here for the education.”

One of the other key areas the new leaders want to focus on is engagement. According to them, engagement includes communicating with the diverse groups of people on and off Butler’s campus by making them feel welcome on campus.

Patel said supporting the surrounding community beyond Broad Ripple can help achieve this. She proposed offering more Bulldogs in the Streets projects in areas south of campus and encouraging students to try businesses and restaurants in that area.

“It’s not your typical Condado run, and people don’t think to go there,” Patel said, adding that these businesses are Butler’s neighbors just as much as the Broad Ripple community is.

Another factor that motivated Sedlacko to run was what he saw as a widening disconnect between student voices and SGA.

“The ‘S’ in SGA stands for students, and it didn’t necessarily reflect that,” Sedlacko said.

He said one of his top priorities will be to make students feel that they have gotten their power back by driving change in SGA that is based on student feedback. He wants to use a town hall-style approach to leadership — like that of Leslie Knope from “Parks and Recreation” — which focuses on listening to student concerns.

Sedlacko and Patel decided to run together in early February, and said that their experience is what makes them a good team.

Sedlacko was a fraternity Senator in SGA last year before being elected to his current role as Speaker of the Senate. As a sophomore class Senator, Patel also serves as co-chair of the late-night committee on the programming board.

The future leadership team also has extracurricular involvements outside of SGA. Between the two of them, they have been involved in College Mentors for Kids, Greek life, Young Life, BUDM and Welcome Week programming as a SOG, AOC team builder and a sexual consent workshop facilitator.

They also said their leadership styles work well together and that will help to make them a good team.

“We like to joke that he’s the dreamer and I can figure out how to get it done,” Patel said.

Sedlacko and Patel plan on using these different leadership styles to make changes that students want to happen on campus, emphasizing that the decisions will not just be made by them.