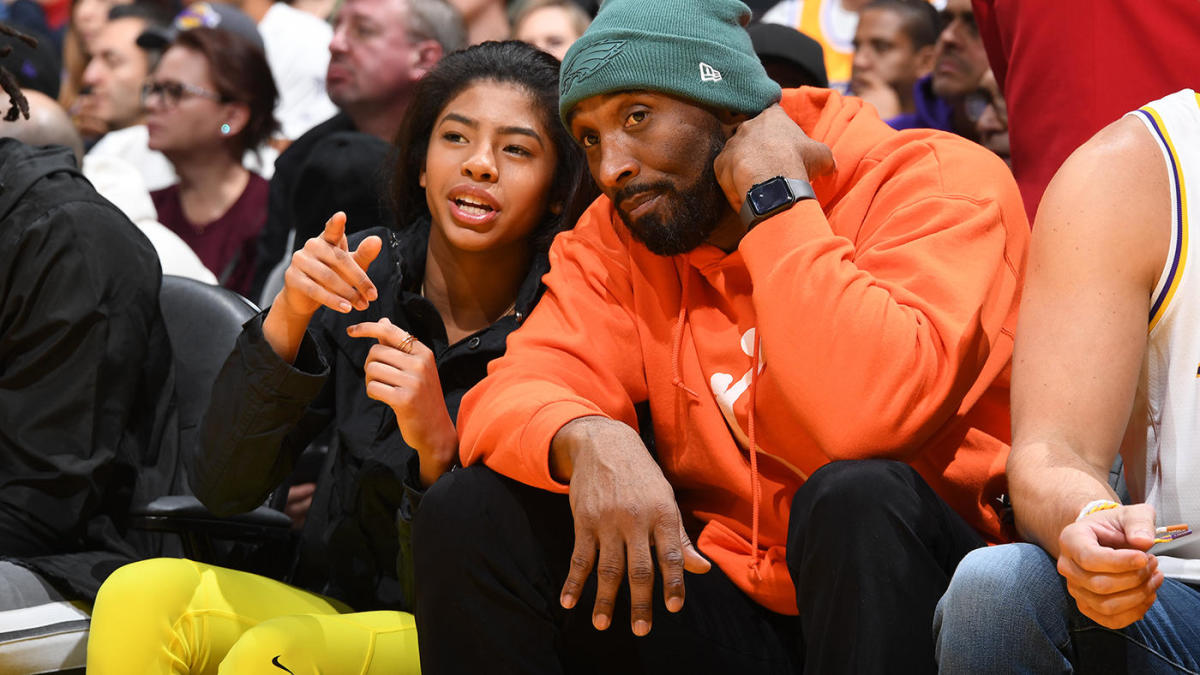 Kobe Bryant sits courtside with his daughter, Gianna, during a game on Dec. 29, when the Mavericks played the Lakers. Luka Doncic, the Mavericks’ star player, was one of Gianna’s favorite players to watch. Photo courtesy of Getty Images.

Kobe Bean Bryant, at the young age of 41, died in a helicopter crash near Los Angeles on Jan. 26 along with eight others, including his 13-year-old daughter, Gianna.

They were on their way to a basketball tournament that Gianna would never get the chance to compete in.

On the night of Jan. 25, I stayed up late watching some show on Netflix. I woke up at around noon. I hopped in the shower and once I got out, I began scrolling through social media.

Then the world stood still.

At 2:32 p.m., TMZ sent out a tweet saying Kobe died in a helicopter crash. I saw it maybe a minute or two after it was tweeted and my first reaction, like many people’s, was one of shock. But as time went on, more and more reports from local media outlets came out supporting TMZ’s report.

I decided to not take anything seriously until a national outlet confirmed it. Then, just 20 minutes later, trusted ESPN reporter Adrian Wojnarowski confirmed it.

And that’s when my heart dropped.

As news began to roll in, some reports contradicted each other. An ABC report — which thankfully turned out to be incorrect — flashed onto the screen: all four of Kobe’s daughters were onboard and were killed in the attack.

The sheer emotional weight of the loss of an entire family hit me hard. I broke down in tears and yelled an expletive or two. My suitemate, George Papadeas, gave me a hug and helped me calm down.

That night, after I gathered myself, I did a lot of thinking about Kobe and how much he meant to me. I made a realization.

I never met him. Never watched him play live. Shoot, I wasn’t even a Lakers fan. And yet, a few hours earlier, I was bawling my eyes out.

This is how impactful Kobe was. I can’t even imagine the amount of people who were in the same shoes as me and shed tears. Kobe was more than just a basketball player.

The thing that differentiates Kobe from your average NBA great was how he impacted people off the court. Kobe showed time and time again he was so much more than just a basketball player.

Kobe truly lived by his famed “Mamba Mentality,” which ultimately made him one of the greatest competitors to ever grace the hardwood.

Whether it’s getting a bad grade on a test or shooting free throws after tearing your Achilles, “Mamba Mentality” is all about being able to endure and overcome any obstacle you face. We all know about the stories of Bryant getting up at the crack of dawn, hours before his teammates to get extra practice. He was the first one in the gym and the last one to leave.

Former NBA point guard and current ESPN analyst Jay Williams is one of the many people who witnessed Kobe’s work ethic first hand. He sat down in an interview in February 2018 to talk about Kobe and their first encounter.

To prepare for a game against Shaq O’Neal’s and Kobe’s Lakers, Williams decided to get some extra practice before the game.

Guess who was there, already sweating as though he played a full game, when Williams arrived? Kobe. Williams proceeded to practice for at least an hour, and Kobe didn’t leave until nearly 30 minutes after Williams finished.

Kobe ended up dropping 40 points that evening, and after the game, Williams asked him why he was in the gym so long earlier in the day. Williams, who quoted Kobe in the interview, said Kobe’s determination was evident through his response.

“‘Because I saw you come in,’ Kobe said. ‘And I wanted you to know, no matter how hard you work, that I’m willing to work harder than you.’”

Williams then realized the depth of Kobe’s dedication to being the best at everything he put his mind to.

“It was the first time I started to see this level of competitiveness, where I said, ‘I need to start doing more, wow,’” Williams said. “But you never get better if you’re not willing to put in the time.”

This interview highlights how influential Kobe’s persistence was not only to his fans but his peers as well. He truly believed he could outwork anybody.

This way of thinking taught people of all ages to be determined and relentless no matter what they’re doing.

Kobe just published his first book, “The Mamba Mentality: How I Play.” He won an Academy Award for Best Animated Short Film for his film “Dear Basketball.” The saddest part of it all is that Kobe was just starting the next chapter of his life, which involved a deep dive into storytelling.

Kobe dominated basketball for two decades. We saw part of how he applied his “Mamba Mentality” to his off-court life in the few years since his retirement in 2016. But Kobe had so much more to give to the world. It’s sad that we won’t see the next big thing that Kobe was going to “dunk on” or “shoot a fall-away jumper over.”

This whole experience made me understand how precious life is and how much I can take it for granted. Tomorrow is never promised. Cherish the people around you while you can. You never know if that’s the last time you hug them or see them.