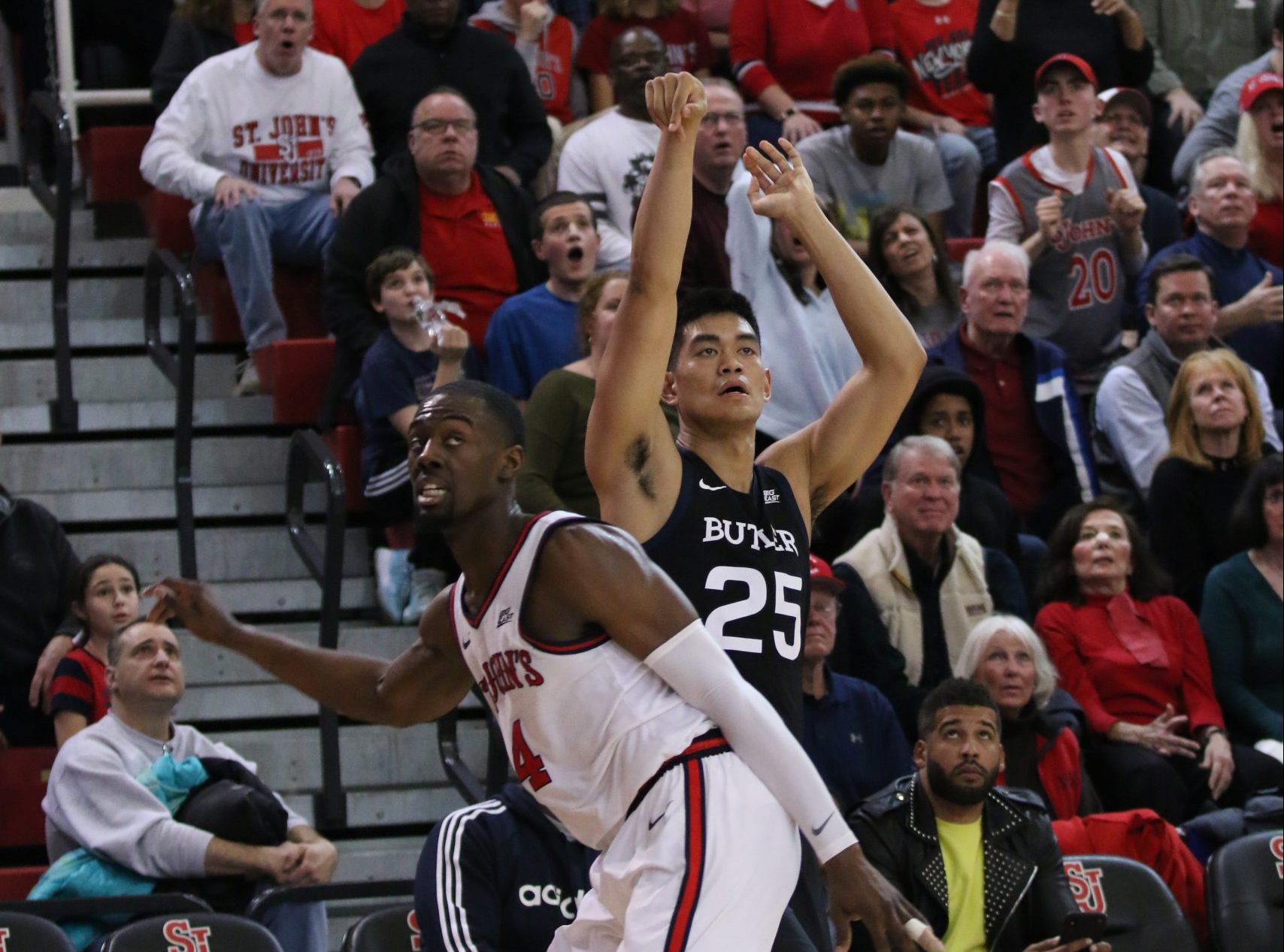 Butler won the first half 37-16. They lost the second half to St. John’s 42-23. That, in a nutshell, is what just happened in Queens, New York at Carnesecca Arena. Butler did an absolutely awful job taking care of the ball, turning it over 24 times, and they looked like a team in the last 20 minutes that I hadn’t seen in a long time. I certainly hadn’t seen that this year.

After scoring 24 points combined in the first half, Kamar Baldwin and Sean McDermott scored just seven points on 2-of-8 shooting. Baldwin sat a large chunk of the second half due to a nagging lower body injury and his absence was a big reason why St. John’s was able to climb back into the game quickly. The Johnnies, known for their ability to turn people over, won the turnover margin by 17 and came really close to capitalizing on an epic Butler collapse.

But, I suppose a win is a win. And this win is also a road one in conference play and the Bulldogs improved to 13-1 on the season. Let’s go beyond the box score of a game that started as a great way to end 2019, but ultimately was the most stressful two hours of Butler’s season.

St. John’s shined a bright light on how to beat Butler, as well as Butler’s weakest link. That blueprint centers around constant pressure. The Bulldogs turned the ball over 16 times in the second half alone. With Kamar Baldwin on the bench — he was seen after the game with a boot on his foot — for most of the second half, Butler was desperate for another ball handler other than Aaron Thompson. The problem is, they don’t have one. Butler’s lack of depth at the guard position when it comes to ball handling was painfully obvious and St. John’s took full advantage. They won the second half by 19 points and it was due, in large part, to incapable ball handlers for the Bulldogs.

Jordan Tucker turned the ball over five times, and almost all of them were in the exact same situation. He kept dribbling into the trap of St. John’s full court press. Nick Rutherford had a field day with Butler’s makeshift backcourt, grabbing five steals in the second half alone. Even Aaron Thompson, who is usually so under control, had an uncharacteristically bad game, turning the ball over six times.

Butler is very thin at the guard position. Khalif Battle will eventually be a player that can have the ball in his hand a lot, but not yet. The blueprint is very simple. When Kamar Baldwin or Aaron Thompson are out of the game for foul trouble, injury or anything else, Butler is very vulnerable to pressure. They only have two reliable ball handlers right now, and when Thompson or Baldwin are alone, the Bulldogs really struggle with it. The Red Storm made it really obvious tonight.

There are a couple of things to talk about here. First, Kamar Baldwin emerged from his 3-game slump in the first half. At halftime, the senior had 14 points on 5-of-9 shooting and he knocked down four of his seven 3-point attempts. He was very good in the first half and shot with more confidence than he has in the last three games. He even took a heat check shot which is also encouraging. He must be a consistent presence on the offensive end in Big East play. 3.3 points per game — his average over the last three games prior to tonight — isn’t going to get it done.

On the other hand, Baldwin missed a large chunk of the second half dealing with that lower leg injury. Over the last three games, we learned that Butler doesn’t absolutely need Baldwin to score at a high level to beat most teams. But we did learn tonight that Butler looks quite lost when Baldwin isn’t in the game for large amounts of time. Like I said in the above point, the blueprint is clear and it is very important that Baldwin maintain his health throughout the conference schedule or Butler will be susceptible to that blueprint going forward.

3. The second half was ugly, but Butler did show some toughness late.

It would have been really easy for the Bulldogs to lay over when St. John’s was leading 56-51 with 3:52 remaining in the game. The Johnnies were on a 37-9 run, Butler looked defeated and the crowd was into it. Instead, Butler went on a 9-2 run to finish the game and escape with a victory. Tucker and McDermott both knocked down a pair of free throws, Baldwin knocked down a jumper and Christian David hit the most important shot of the game to take the lead. We’ve talked about the toughness of this team all season. Undoubtedly, they looked shaky in the second half, but they buckled down when it mattered. They knocked down big shots and played great defense on the final possession.

At the end of the day, Butler got a road win in conference play. It wasn’t pretty but they found a way to get it done in the end.

This morning, I wrote an article that discussed Butler’s experience, coaching and lack of mistakes. And then they went on to turn the ball over 24 times and on multiple occasions I was wanting more coaching from the Butler staff. At the end of the day, they got the win and improved to 13-1, but the timing is uncanny.