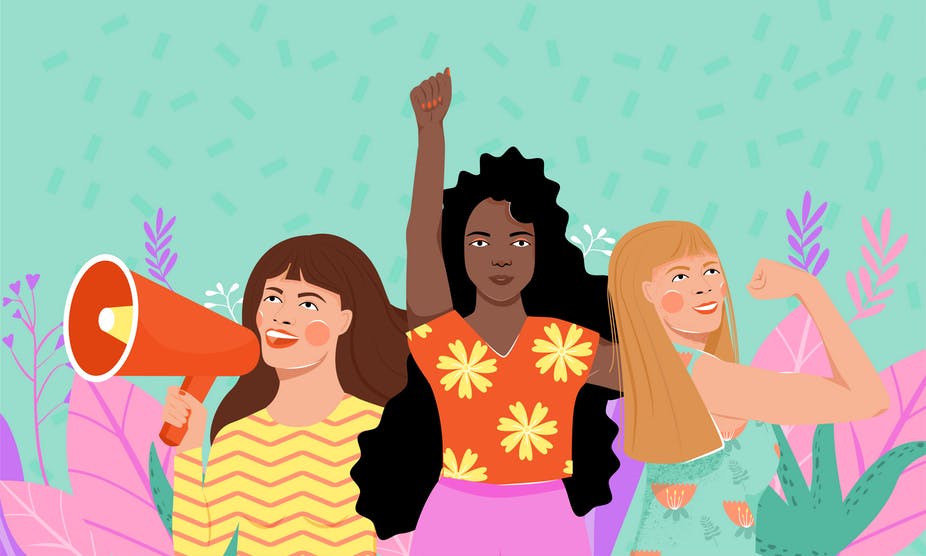 If I’ve learned anything from my first year seminar — titled “What is the F word: Feminism” —  it’s that I shouldn’t second-guess myself. I do that too often. Whether it’s with school work or in everyday conversation, I find that I’m constantly filtering myself to please other people. Sadly, it’s a by-product of living in a world where women are told that their thoughts don’t matter.

I must have a glittering sign above my head that says “TEST ME!” because I’ve had some awkward exchanges with people over anything slightly political. I don’t give unwarranted opinions, but I know what I’m talking about. I think because of that, men see me as a threat.

The age old question of “what’s your FYS?” has suddenly become a source of contentiousness on campus. My response is accompanied by wide eyes and concerned looks. Then, the hushed apologies: “Oh! Sorry, that must be annoying” or “that must suck.” I’ve seen this routine too many times and I don’t get it.

What is so controversial about viewing everyone as equal?

For many generations, women have been seeking gender equality. Starting in the mid-19th century until 1920, the first wave of feminism was focused on securing women’s right to vote. The second wave reached its height during the 1960s and 1970s as women fought for social and legal protections. The third wave began in the 1990s as a follow up to the second wave, and continues on today.

I spoke with a few of my classmates and I found that I wasn’t alone; people get anxious when they hear “that” f-word. I find it strange that feminism, whether second or third wave, still doesn’t sit right with people.

Emily Wray, a first-year English and creative media entertainment major, explained the reactions she gets when talking about our shared FYS.

“When I talk about [FYS] with my friends, it’s either a very positive reaction because I’m talking to people that agree with me, or a very negative reaction because people don’t agree with me,” Wray said. “I think the word ‘feminism,’ or saying the word ‘feminist,’ gives people a doorway in their mind to start making judgements on that term alone. So, that kind of directs how the conversation goes.”

People often are overwhelmed by the word “feminism,” and there’s absolutely no need to be. At its core, feminism means the social, political, and economic equality of the sexes. Most people can agree that the sentiment is well-intentioned. Where things go wrong is the associations people have with feminist movements.

One of my favorite readings from this class was a chapter in “How to Be a Woman” by Caitlin Moran. This book debunks the outrageous myths that to be a feminist — that you have to drink your own menstrual blood, burn all of your bras and show as little femininity as possible. Don’t worry, I gagged when I read it too.

Listen, both first and second waves weren’t perfect. Many people were excluded from the mainstream movements, largely women of color and LGBTQ+ women. Many women felt like they could not identify as a feminist, leading to a major shift in what feminism means.

The emphasis on feminism that only benefits upper-middle class white American women is alarming. Kimberlé Crenshaw, a lawyer and professor at UCLA, created the intersectional feminism theory that recognizes that women can face more than gender discrimination, taking into account their race, sexual identity and social class.

Olivia Lighty, a first-year communication sciences and disorders major, talked about the importance of understanding what feminism means to yourself.

“You have to understand your own definition first before you become one, because it’s easy just to be like, ‘I am one,’ but then not understand what it means,” Lighty said.

Coming to terms with what feminism means to you will take some time. It’s a very powerful word, but people shouldn’t shy away from it. Once you recognize the role it plays in your life, it’s easier to overcome and fight the stigma around it.

Wray later mentioned her concern with people who refuse to identify as feminists.

“I think everyone should be a feminist because that word shows other people that you believe that you are equal to other people and that you deserve respect as a human being and that everyone else deserves that same respect,” Wray said.

The reality is, feminism is not one specific thing or type of person. You don’t have to identify as a woman to be a feminist. You can be a feminist whether or not you have a mother, aunt, sister, cousin, wife, girlfriend or best friend that’s a woman.

Fundamentally, feminism is synonymous with equality.