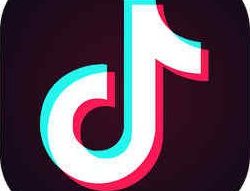 Although it is embarrassing to admit that I frequent the app commonly known for manufacturing the infamous e-boys and VSCO girls, TikTok does tend to be my go-to form of entertainment on those bored Thursday nights when I have nothing better to do.

Being as most TikTok videos are 15 seconds or less, the app provides a fast and casual viewing experience for the distracted minds of today’s youth. TikTok acts as an escape from the typical pressures of social media, as there is no requirement for being or looking perfect while making TikToks.

I, along with many other TikTok users, enjoy the simplicity of the app. Tara Poindexter, a first-year biology and French major, admires the spontaneous creative process behind TikTok making.

“I feel like it’s definitely more casual,” Poindexter said. “You can put anything on TikTok.”

All there is to it is hitting record for a few seconds and pressing upload — no excessive editing, quirky captions or insecurities expected. Some people may choose to do creative transitions or fun text inserts, but most use the simple and straight-forward tools built into the app. Producing a high-quality TikTok is not crucial, as the only people you personally know who will be seeing it are close friends with whom you have entrusted with your username. That is, unless your video is good enough to make it to the For You page.

The For You page, better described as the Wild West of the internet, recommends suitable videos to the user. I don’t intend to fall into the rabbit hole of endlessly scrolling through the For You page every night, but it often happens nevertheless.

When first downloading the app, it takes a bit of an adjustment period for the algorithm to understand the user’s humor, interests and preferences. This is the toughest hurdle to jump over for new TikTok users, as they are often discouraged by the uncomfortable amount of cringey lip-syncing or awkward comedy skits.

Since TikTok was formerly named Musical.ly, the two versions of the app still blur together every now and again. Musical.ly now has the legacy of being the more embarrassing, less evolved version of TikTok. Musical.ly was filled with many more music-based videos focused on lip-syncing and dancing, while TikTok is more so considered a comedy app than anything else.

TikTok videos go viral with relative ease, even some filmed right here on Butler’s campus. Erin Giesler, a first-year psychology major, filmed a TikTok in Irvington House with her visiting friend about asking to borrow a hoodie. The brief video, posted on her friend’s account, now has over 1.6 million views and 455.2k likes.

“I didn’t even realize it had a million views,” Giesler said in reference to the TikTok.

It is absolutely mind-boggling to think about the fact that it is possible to go viral and not even know it, but anything is possible on the platform. TikTok fame is subjectively easy to come by, with many clips gaining attention only a few hours after being uploaded. There are so many normal, everyday people who become TikTok influencers in a matter of days.

Saying that TikTok is “Vine 2” is very controversial, but I believe it wholeheartedly. Many protectors of Vine’s legacy would scoff at the statement. They would be offended by the suggestion that something anything could come close to the greatness of Vine. To that, I say that TikTok, too, provides a haven of good times and laughter. The number of niches on TikTok are endless. From catchy dances to college-related comedy to outfit inspiration to anime, there is something for everybody.

I do understand hesitations in trusting the app in light of current events. There have been privacy concerns as of late regarding the speculation of the China-based owners censoring content and exercising surveillance through TikTok. Similarly to the Facebook privacy issues, TikTok is now under a lot of scrutiny. The company has denied the accusations and claims all data collected on US citizens remains in the US. This problem does not bother me nor most of TikTok’s young audience as internet privacy is not one of the younger generations’ biggest concerns. We have been desensitized to internet safety issues having grown up with them, and the entertainment value of TikTok often outweighs the risks.

To all those TikTok skeptics out there whose only second thoughts are that it is just some childish app not worth downloading, I would advise that you give it a go. It is the perfect guilty pleasure for the trendy and modern technology user. The app provides a form of entertainment unique from all others that is not to be overlooked.

TikTok surpasses the bounds of traditional social media and provides us all with a space for creativity, community and laughter. It is the perfect space to let your metaphorical hair down and forget your strife.