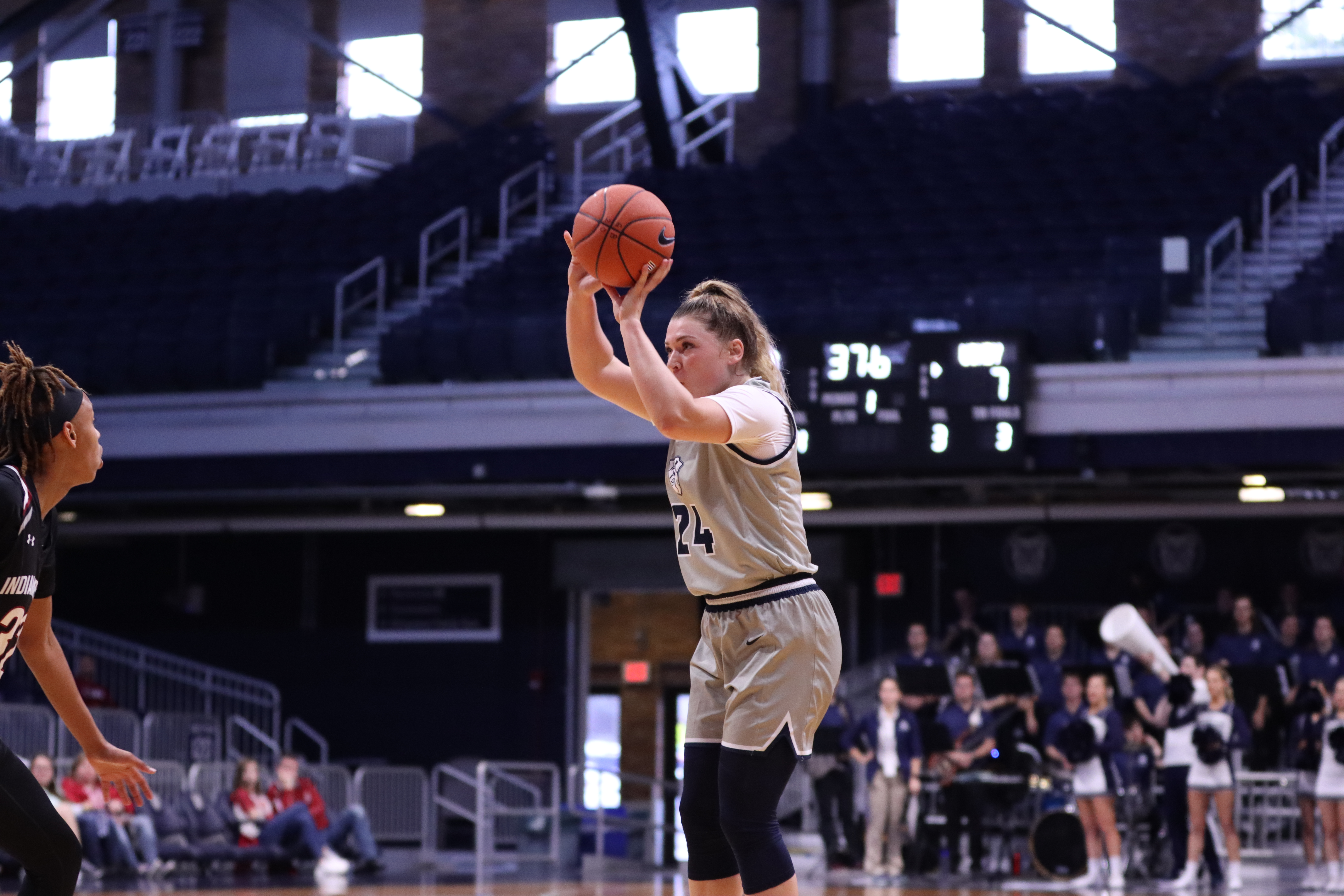 Butler women’s head basketball coach Kurt Godlevske stroked his beard and sat up from his reclining chair. He placed his left hand on his desk, between his laptop and a crumpled piece of paper. He started talking about leadership.

“To be honest, I think we’re just starting to get into that,” Godlevke said.

Godlevske is still on the search for his fire, grit, rock and fortitude, the names given to last year’s seniors — Whitney Jennings, Michelle Weaver, Tori Schickel and Taylor Buford — on this season’s women’s basketball team. Because last season, they went 23-10, advancing to the Sweet 16 of the National Invitational Tournament, their best finish since 2010-11.

Prolonging the process are injuries which befell two of their four seniors, guards Katherine Strong and Kristen Spolyar.

This week, Strong, who tore her ACL near the end of last season, and Spolyar, who had knee surgery in early August, were eased into five-on-five drills. With the two senior guards back in-action, Godlevske said their last week of practice was their best.

Spolyar said her teammates have been “eager to learn and open-minded.”

“I think all of us seniors have stepped up, trying to lead in different ways,” Spolyar said. “Last year, we did have some dominant leaders, and so we didn’t have to do a lot of talking. So this year, it’s really a collective group of Kat, myself, Shae [Brey], Sarah [Humphrey], and Ashanti [Thomas], trying to teach the younger classmen, just be really vocal, all do it together, and not one person has to do it by themselves.”

Though it was an exhibition game, early results came in the form of a 70-46 win over the University of Indianapolis on Nov. 2. Against UIndy, 12 players received 10 or more minutes. Last season, eight players averaged 10 or more minutes, and the rotation dropped to six players once Katherine Strong and Ashanti Thomas suffered injuries.

Last season, 52% of the scoring came from Jennings and Schickel. Depth replaces stardom, and in turn, Godlevske has taken to a more modern offensive approach.

It’s a motion offense; in place of dribble-handoffs are drive-and-kicks. It’s a positionless offense, too; Strong, Naira Caceres and Tenley Dowell are those versatile enough to handle the ball and bang down low.

From the first day of practice in July on, Godlevske has worked on teaching the offense. Every practice, he teaches the Bulldogs “four spots”: ball-handler, post-player opposite the ball-handler, and three-point shooters — two in either corner and another at the top of the arc.

The main tenet of Butler’s new offense? Attack the “bully-zone”: the 15-foot line three feet from the block extended. If successful, Butler will have an open three-pointer or layup.

“We’re trying to get somebody to get their feet in [the bully zone] and try to become a post-player where we can get people back-dooring, or we can suck the defense in for three’s,” Godlevske said. “That’s one of the things you’re going to see a lot more now than in the past: we’re going to shoot a lot more threes than what we have in the past.”

The four games against professional teams in Italy over the summer gave Godlevske an early chance to tinker with different lineups. Still, as Godlevske addressed at the final team dinner, key players were injured and the rotation was therefore undetermined. Uncertainty around the rotation remains largely the same, with a few players standing out.

“Tenley [Dowell] has had the most impact as a freshman, and continued to be consistent here in the preseason,” Godlevske said. “The second thing that I didn’t realize is how much Kat can do, and now that we have her back five-on-five this week, you just forget what she can do for you.”

Defensively, on the other hand, Butler’s principles remain the same. As the cliché goes, if it ain’t broke, don’t fix it. Last year, the Bulldogs allowed the least amount of points per game in the Big East: 56.5. So they’ll keep forcing baseline, sending early helpside and try to keep offenses on one half of the court.

“From last year to this year, it’s the same goal: being very aggressive on defense, spend a lot of time working on defensive drills, try to teach the newcomers the spots and places they need to be within the defense,” Spolyar said.

To that end, replacing Michelle Weaver, whose 100 steals last season ranked sixth in the country, will be difficult. With Weaver named Big East defender of the year, the defensive chops of Tori Schickel and Whitney Jennings flew under the radar, particularly in stifling pick-and-roll actions.

In between the trip to Italy and the first scrimmage against Dayton, Godlevske said the Bulldogs reached a plateau. Not making the extra pass, arriving late to a helpside rotation — those were some of the mistakes. After the scrimmage against Dayton, the Bulldogs gathered in the film room. During a mistake, Godlevske paused the film and pointed out “growth opportunities.”

Big East preseason rankings project Butler to finish seventh in the Big East. That’s the second season in a row, and last season they finished third instead. And their goal this season reflects that of last season: “Give it our all and win,” Spolyar and Strong both said.

“We [have] always been underdogs since I’ve entered the Big East,” Strong said. “We proved them wrong last year, so we can prove them wrong again.”

Butler begins its regular season inside Hinkle Fieldhouse against Wagner on Nov. 9. The team is still in search of new leaders, but confident they are moving in the right direction.

“It all comes with time,” Spolyar said.