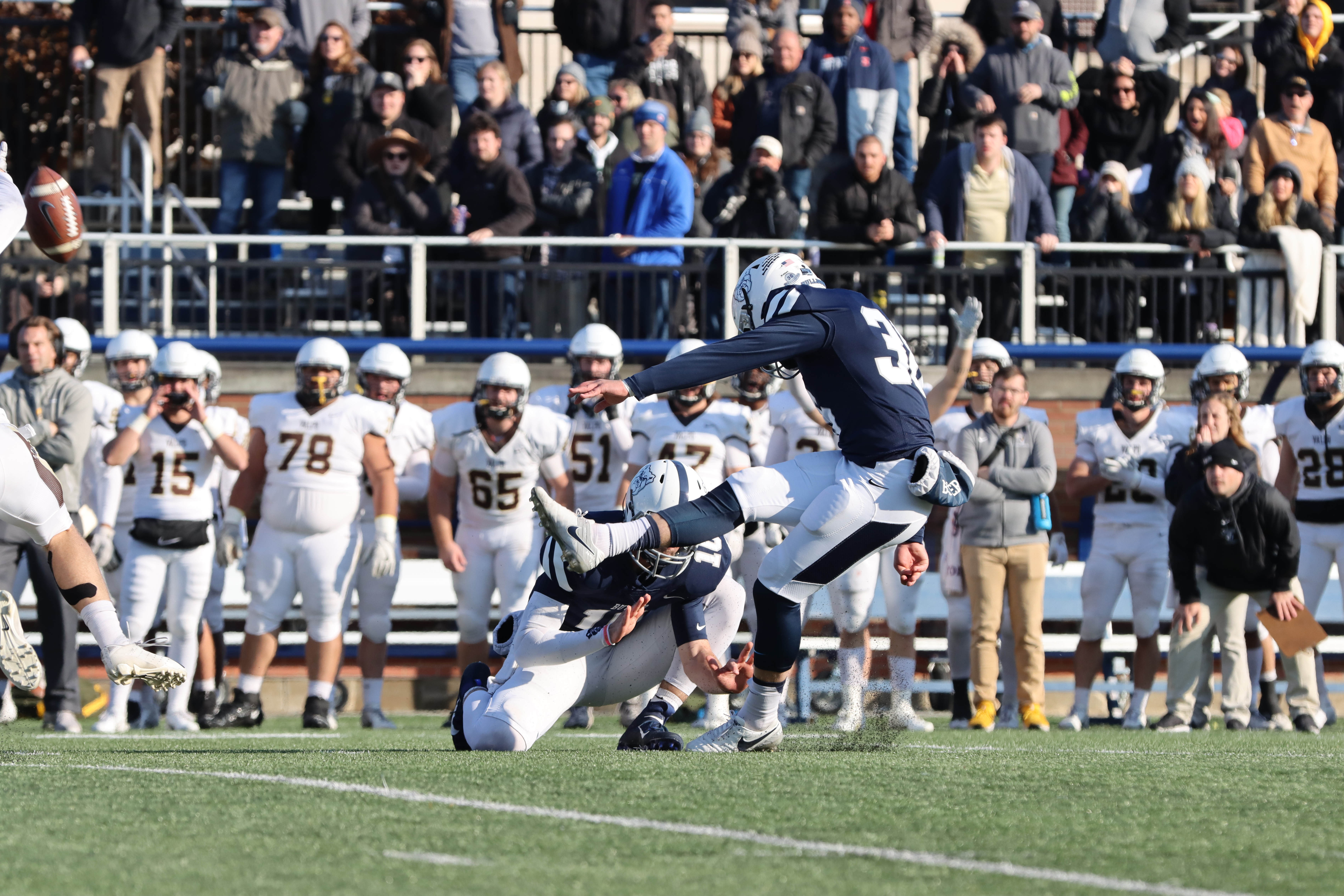 The Butler football team was victorious at home over the Valparaiso Crusaders 24-21 on Saturday Nov. 16 in a game that came down to the wire. The Bulldogs improve to 3-8 on the season as the Crusaders fall to 1-10.

Sam Brown returned as the starting quarterback after a long string of injuries kept him sidelined for the past few games.

The Bulldogs fumbled on their opening drive which allowed the Crusaders to take over in Bulldog territory. They would, however, squander this opportunity as Dimitrios Latsonas would miss a 43-yard field goal attempt.

Both offenses would struggle in the first quarter as neither team managed to maintain a steady drive.

This would change in the second quarter as Chris Duncan was able to find Ollie Reese for a 22-yard touchdown, giving the Crusaders a 7-0 lead with 8:17 left in the first half.

The Bulldogs would respond with a score of their own as Sam Brown threw to Stephen Dennis for a 13-yard touchdown, tying the game at 7-7.

Before the end of the half, Duncan connected with Reese again for a 33-yard score. Giving the Crusader a 14-7 advantage going into half time.

The Bulldogs offense would get into gear in the second half with the help of a few timely turnovers by the defense.

A fumble recovery by Joseph Camacho set up the Bulldogs in Crusaders territory, which led to Sam Brown finding Johnny O’Shea for a five-yard score, bringing the game to 14-14.

Later in the fourth quarter, Duncan’s pass would be intercepted by Dan DelGrosso, setting up the Bulldogs with great field position. This would lead to a one-yard rushing touchdown by Nick Orlando, giving the Bulldogs a lead for the first time at 21-14.

The Crusaders wouldn’t give up without a fight as they were able to march down the field and scored with a five-yard run by Cody Boxrucker. Tying the game at 21-21 with 19 seconds left to play.

The Bulldogs would pull off some late-game heroics as they were able to move the offense into the Crusader territory.

After four separate tries by Drew Bevelhimer— that were interrupted by timeouts and an offsides penalty— he would put it through the uprights to give the Bulldogs a 24-21 victory as time expired.

With the win for the Bulldogs, they bring home the Hoosier helmet—which the Bulldogs have not possessed since 2016.

The Bulldogs will travel to Dayton, Ohio to take on the University of Dayton Flyers for their final regular season matchup at 1 p.m. on Nov. 23.