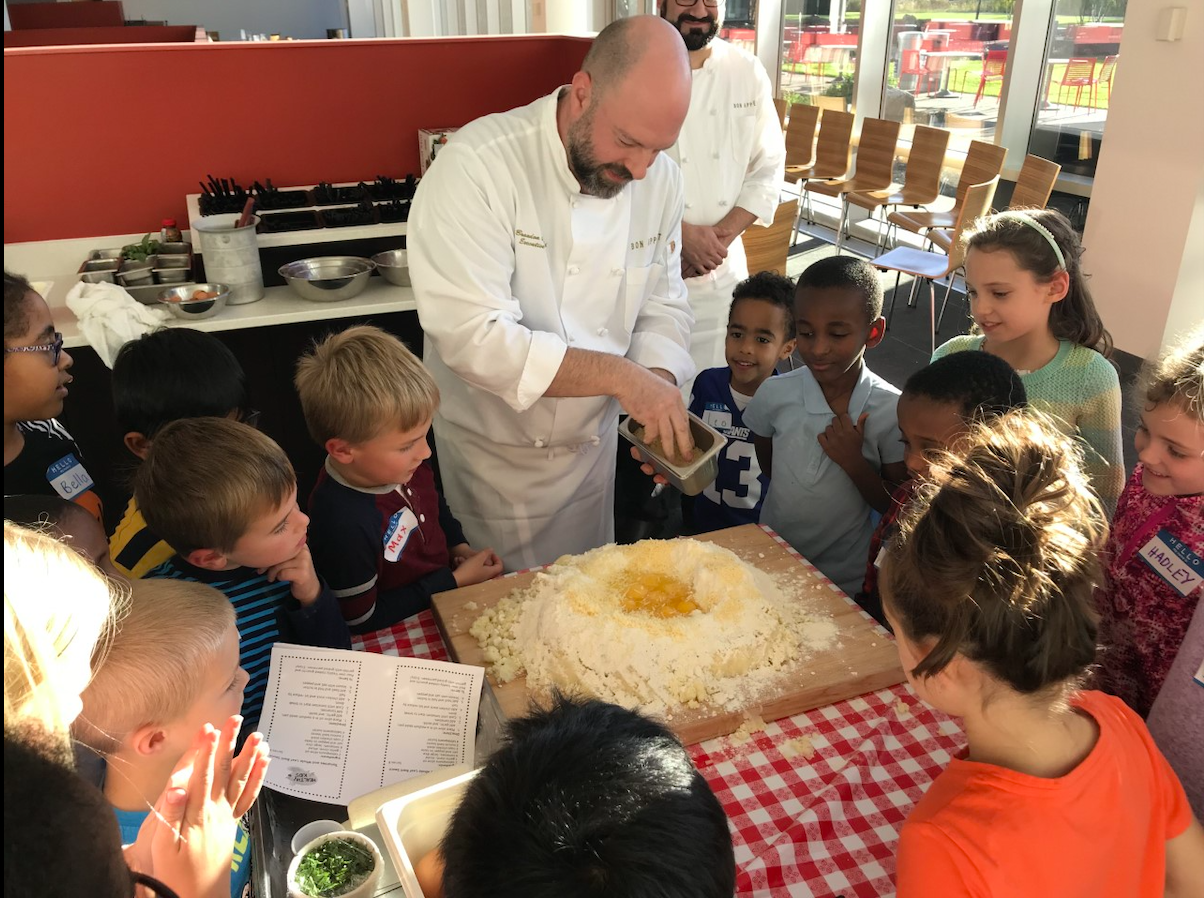 Atherton Union will open its doors on Nov. 20 for children of both faculty and staff, and Boys and Girls Clubs of Indianapolis to partake in the Kids in the Kitchen program, a hands-on way for children to learn about cooking and nutrition.

The program, created by Bon Appetit, helps children learn skills that will allow them to help in the kitchen and get them excited to cook and eat fresh foods. Brandon Canfield, Bon Appetit campus executive chef, will lead the Nov. 20 session on campus.

“This program allows for independence and gives them the ability to try foods on their own,” Canfield said.

Canfield also added that many kids see eating vegetables as a task because parents force their children to eat vegetables. This program is designed to make children want to be adventurous and want to try new foods by allowing them to have fun with the food.

A normal session will start out with a lesson on nutrition taught by a trained educator. Next, the children cook two dishes: one vegetable based and the other fruit based. The dishes made during the Kids in the Kitchen are typically already familiar to children — with a healthy twist. For example, spaghetti with marinara sauce would be made with zucchini noodles instead of regular pasta.

“Kids in the Kitchen was launched in January of 2015 to help tackle childhood obesity, and averaged about one field trip per week from local schools and organizations,” said Schmunk.

Based on the success seen in the Bay Area, the program went national in December 2016, and since then Bon Appetit has hosted over 5,000 kids at 80 different locations.

However, Schmunk believes this session can do more than just educate children about food and nutrition.

“This session gives the children from the boys and girls club an opportunity to see a college campus for the first time,” said Schmunk, “Hopefully they see college as a positive experience.”

This workshop is free for the children, but spots are limited as this is the only session scheduled at Atherton.