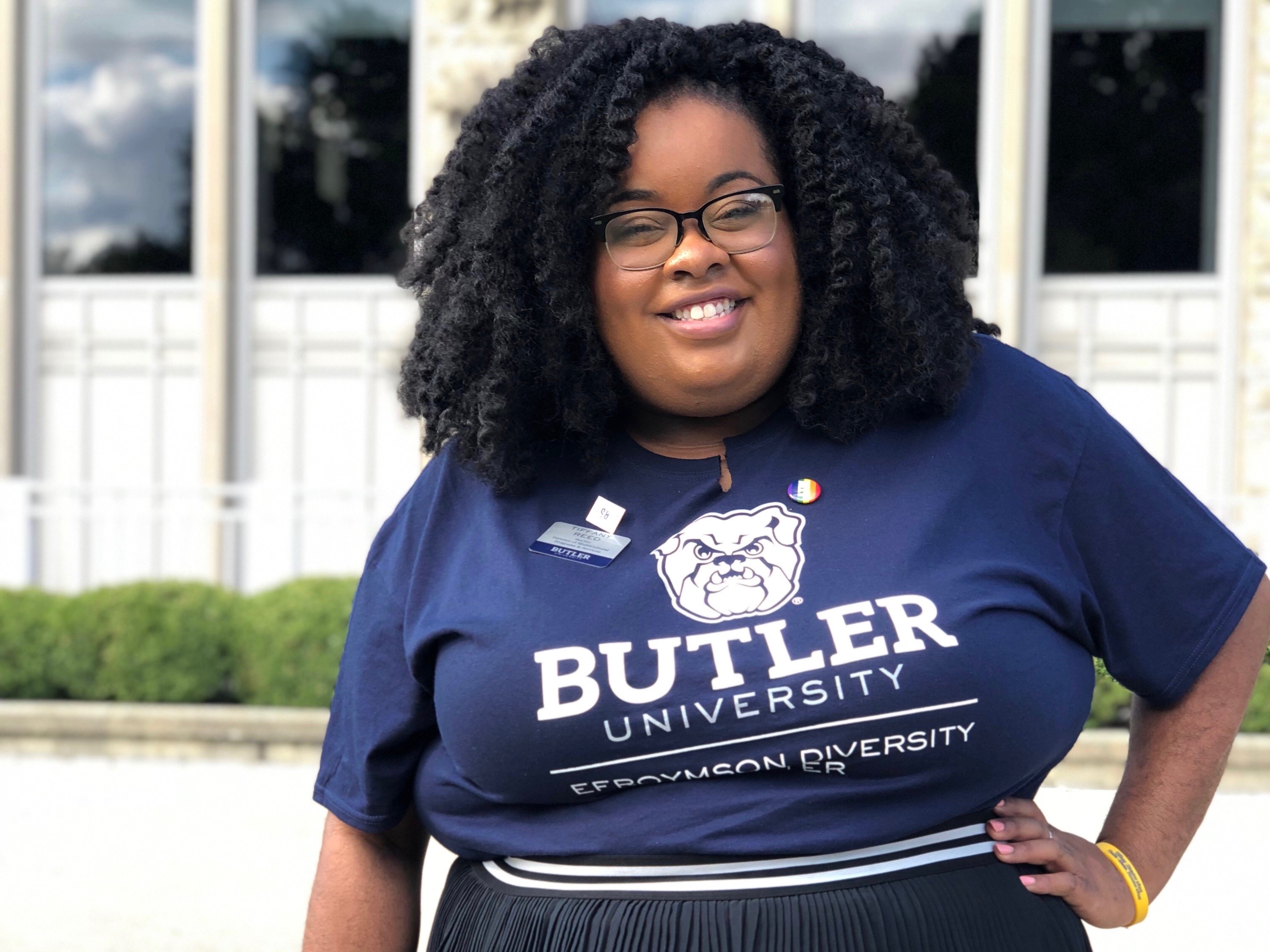 Tiffany Reed is working to improve the Diversity Center with new initiatives as its director. Photo courtesy of Tiffany Reed.

Despite the construction and closures in the basement of Atherton Union, the space is not entirely lifeless. Underneath the Reilly Room, students can find an inclusive and accepting hangout spot — the Efroymson Diversity Center, which Tiffany Reed now directs.

Reed started her position as the director of the DC this past June. Since then, she has been working to improve the quality and accessibility of the center by redesigning the space with new furniture and revamping old programs to be more innovative.

“I believe in tradition, but also in adding your own vision to it,” Reed said.

One of the reasons Reed is making changes to improve accessibility is because she has a disability — myasthenia gravis, a muscle weakness disorder which affects her mobility, and so she understands what it is like to feel excluded from certain spaces. Reed also felt as though some furniture in the DC was not inclusive to size, so she replaced it with larger, more inclusive couches and chairs.

Junior anthropology major Michaela Ivory has spent time in the DC since she was a first-year, and has seen the space switch in design and direction.

“I love being in the DC now that it’s changed,” Ivory said. “I didn’t hate it before, but it’s so evident now — I feel it within my soul every time I walk in here — that it’s so accepting and inclusive and coordinated.”

While Reed is new to her position, she is no stranger to the DC. When Reed was a student at IUPUI, she was president of the Black Student Union, which did not have a center at the time. As a result, she spent a good chunk of her time at Butler’s DC, which opened when she was a student in 2006.

At the time, Reed was able to collaborate with the president of Butler’s DC and attend some of Butler’s programming. Reed and other IUPUI students envied Butler’s DC, and she helped rally and advocate for the creation of a similar center at her university. As a result, the IUPUI multicultural center opened in 2006.

Reed sits in the Efroymson Diversity Center when she was a student at IUPUI. Photo courtesy of Reed.

Reed said Valerie Davidson, the previous DC director who retired last fall, always made her feel welcome and treated her as though she were a Butler student.

Davidson served as a role model for Reed and set the groundwork for the changes she made.

“I appreciate the history before me, but I want to continue the story,” Reed said. “I thank her for all of her work and dedication to diversity, equity and inclusion. To work here for 32 years? That’s a long time — I’m 33. I just want to take it to the next level.”

According to Butler’s website, Reed has over 10 years of experience with student affairs and is planning on receiving her doctorate in higher education and leadership from Maryville University this spring.

Reed said her goal for the DC is to make it an area where all students feel comfortable and welcome, and to encourage more students to utilize the space.

“I think some people don’t realize you don’t have to talk about diversity the whole time you’re down here,” Reed said. “I might just ask where you got your nails done. I’m a person, too.”

Aine Montgomery, a junior psychology major, also serves as the director of diversity, equity and inclusion for SGA. Montgomery said Reed is making a positive impact on students.

“It’s become more of a safe space for students again,” Montgomery said. “They know someone is going to be in their corner who encourages them to be themselves.”

Students who frequent the DC have noticed a shift in its atmosphere since Reed arrived.

“I like it, it’s still different down here,” Schlafer said. “But it’s the same friendly and open environment that it was when I first came down here.”

Students interested in talking to Reed can find her in her office, which has an open door policy, in the DC.