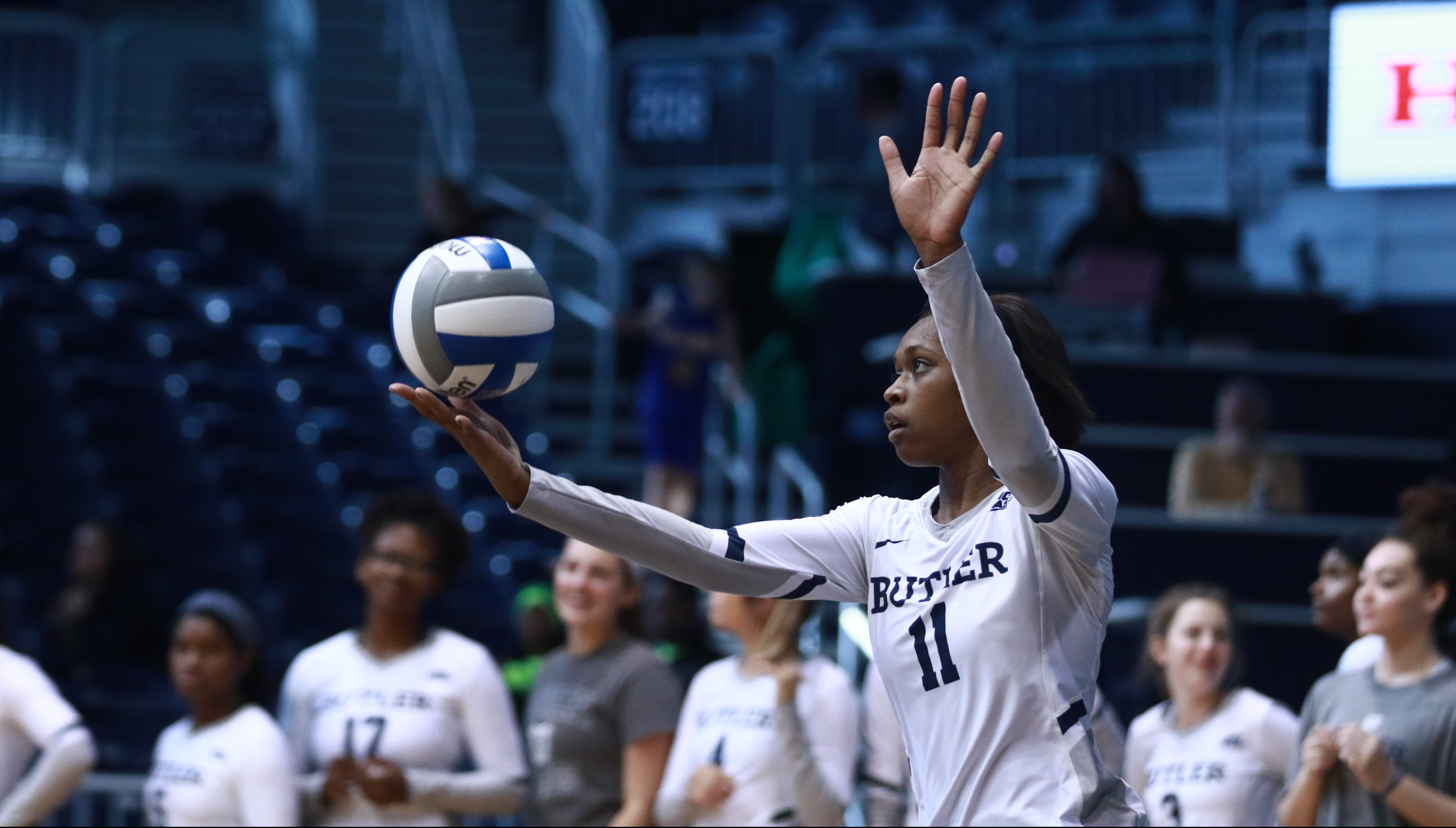 Natalie Ravenell prepares to serve the ball during a game last season. The Butler volleyball team is now 5-11 on the season. Collegian file photo.

The Butler volleyball team went 1-1 in Big East play this past weekend, taking on Georgetown and Villanova on back-to-back days on Oct 4 and 5.

On Friday night the Bulldogs competed in Washington, D.C., against Georgetown and won their second straight five-set match. Butler started off strong, winning the first set by a wide 10-point margin, 25-15. The Hoyas gained momentum in the second set, but Butler still came out on top, 25-23.

Georgetown came back in the third and fourth sets, winning them back-to-back, and causing Butler to compete in their second fifth-set contest in three days. The Bulldogs did not shy away from the fifth set and with the help of Melody Davidson’s four kills and two blocks in the fifth, won the set 15-12, and the match 3-2.

Anna Logan and Brooke Gregory led the Bulldogs with 20 points each. Megan Ramseyer had a double-double with 46 assists and 10 digs.

On Saturday, the Bulldogs travelled to Pennsylvania to take on the Villanova Wildcats. This match would play out differently than the night before, ending in a sweep for the Wildcats.

The two teams traded points throughout the first set. Villanova barely edged out the Bulldogs in the first, 25-23. From then on, Villanova began to gain momentum.

The Wildcats went on many long runs in the second and Butler struggled hitting the ball in, ultimately losing the set 25-15. It seemed like Villanova had locked up a win in the third when they led 24-17, but the Bulldogs almost had an incredible comeback, getting the score to 24-23 before losing the match point to the Wildcats.

Elizabeth LaBue and Anna Logan both led the team with 14 digs, as Logan also added 9 kills and 2 aces.