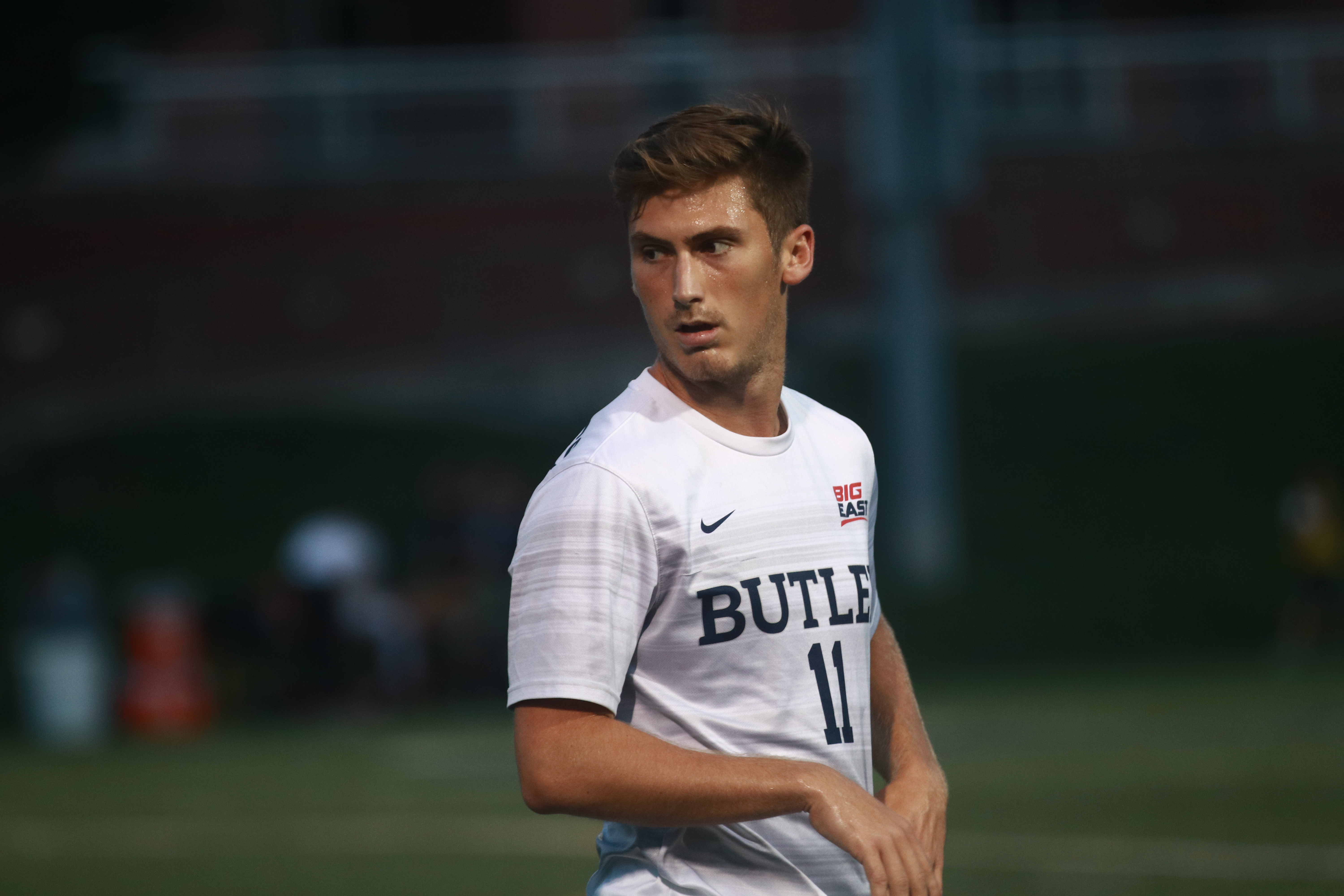 Brandon Guhl scored his sixth goal of the season in Butler’s 3-2 loss to the Marquette Golden Eagles. Collegian file photo.

The game represented Butler’s improved offensive output. The last two games have seen them record most shots on goal than any game this season. As a result, they are third in the Big East in goals scored. Against Marquette, though, the Bulldogs could not capitalize on the opportunities they created.

Though Marquette had more total shots — 18 to 12 — Butler recorded more shots on goals, nine to five.

In the 16th minute, Marquette senior forward Josh Coan started things off, sneaking in a header from a corner where Butler’s defense outnumbered Marquette’s offense.

The penalty was whistled after a beaming corner kick by Jack Haywood. The ball ricocheted off Marquette senior forward Connor Alba’s arm. It was Cabrera’s second penalty kick goal, as well as his sixth on the season.

Much like their first goal, Marquette’s second goal came on a corner kick that bounced through Butler’s defense. Lukas Sunneson received the pass at the front post. He then chipped it to sophomore defender Josh Hancock, who headed it in.

To end the first half, Butler had two more shots on goal, making it four shots on goal in the half. In the 41st minute, Wilmer Cabrera danced through the defense, dropping it off to Timmer, who skidded a shot which bounced off Stern’s hands.

Timmer’s shot resulted in a corner kick. From there, Butler sophomore forward Ethan King headed it, but Marquette goalkeeper Cedrick Stern saved it by diving left.

After two shots on goal in the 60th and 61st minute, from Cabrera and Timmer, respectively, Butler cut the deficit in the 67th minute. On a counter-attack, Jared Timmer lofted in an assist to Brandon Guhl, who pointed to Timmer after the goal.

And Brandon Guhl volleys the Bulldogs back into this one! It’s now 3-2 Marquette in the 67th minute. pic.twitter.com/5hRbfCNz31

With their goals, Guhl and Cabrera are tied for third in the Big East in goals, with six.

After their second goal, Butler had two more shots on goal, while Marquette had none. The Bulldogs lost 2-3.

Butler’s returns to the Sellick bowl for homecoming weekend on Oct. 27, to face 8-6-1 Villanova.