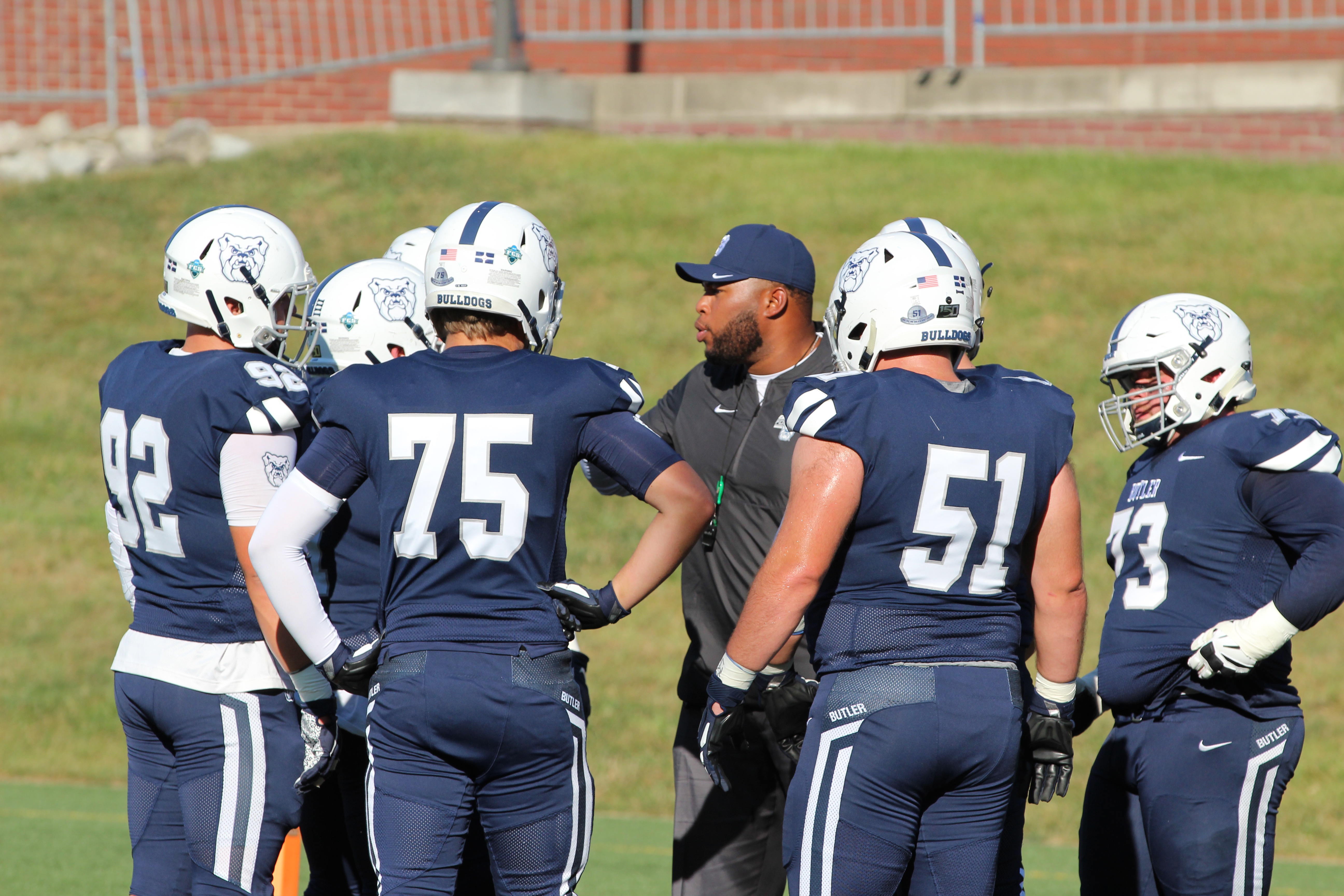 Members of the Butler football team gather with a coach during a game earlier this season. The Bulldogs are now 1-6 on the season following a loss at Morehead State. Chandler Hart / Collegian file photo.

The Butler Bulldogs fell on the road to the Morehead State Eagles 31-20 on Oct. 19. The Bulldogs fell to 1-6 on the season as the Eagles improved to 4-3.

The Eagles got out to a big lead early on as they were able to score by way of a Mark Pappas pass to DeVonte Adams for a 54-yard touchdown in the first quarter. It was then followed by a 44-yard field goal by Andrew Foster just minutes later to give the Eagles a 10-0 lead by the end of the first quarter.

Their lead would extend with 32-yard touchdown pass from Pappas to Jordan Huffman, growing the deficit to 17-0.

Nick Orlando took over for Sam Brown at quarterback midway through the second quarter.

Orlando was was able to generate some offense as he was able to run it in from 1-yard out for a Bulldogs’ score, which cut the lead to 17-7.

The Eagles responded with a score of their own just before half, with DeAndre Clayton rushing it in from a yard out. That brought the game to 24-7 at halftime.

The Bulldogs attempted to make a second half comeback. Orlando ran it from 8-yards out in the third, followed by a 5-yard score in the fourth to give him a hat-trick on the day.

The hope for a comeback would be squashed late in the fourth quarter when Pappas threw a 28-yard touchdown to Ian Holder, putting the game too far out of reach for the Bulldogs.

The Eagles would go to win 31-20, extending the Bulldogs’ losing streak to five straight.

The Bulldogs next chance to snap their skid will be during Butler’s homecoming game against the Jacksonville University Dolphins on Oct. 26 at the Sellick Bowl at 1 pm.