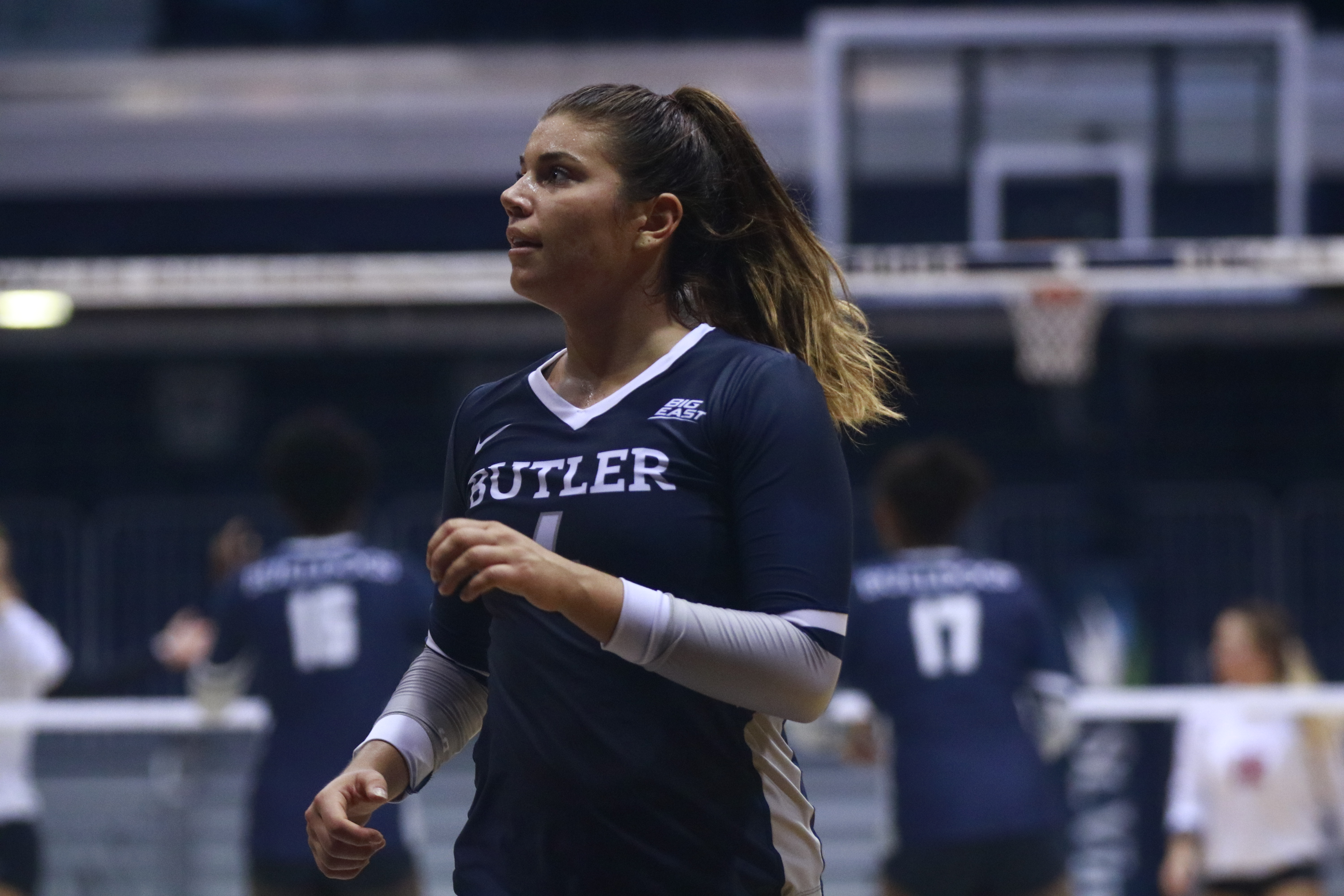 The Bulldogs competed in the Bowling Green Invitational. Megan Ramseyer has 32 assists in Butler’s loss to Bowling Green.

The Butler volleyball team lost three consecutive matches in Bowling Green, Ohio at the Hampton Inn Bowling Green Invitational on Sept. 6-7. The Bulldogs are now 1-5 on the season.

On Friday, the Bulldogs competed in two tough matches. In the morning, they battled Cleveland State University. The two teams traded off sets throughout the match with Butler taking the first and third, CSU taking the second and fourth, leaving it to the fifth and final set to decide a winner. CSU slightly edged out the Bulldogs, taking a 15-10 lead to win the match. Redshirt senior, Anna Logan, led the team with 15 kills.

Friday night Butler took on the home team, Bowling Green State University. Butler started off strong and took the first set, 25-17. The Falcons came back in the next few sets, and the Bulldogs were never able to recover, dropping the game, one set to three. Freshman Megan Sheridan had the team high, 13 kills, along with 13 digs.

Saturday afternoon, the team took on Charlotte University. Each team took a set to start the game and it looked to be a pretty even match up. The Bulldogs fought hard in the fourth set and barely lost the match by a score of 23-25. Senior Megan Ramseyer led the team with 39 assists and added 12 digs to go along with it.

This weekend the Bulldogs head to the 2019 Panther Invite hosted by Milwaukee. Butler volleyball will take on Western Michigan and the home team, Milwaukee, on Sept. 13. On Sept 14., they will close out the weekend by competing against Southeast Missouri State.