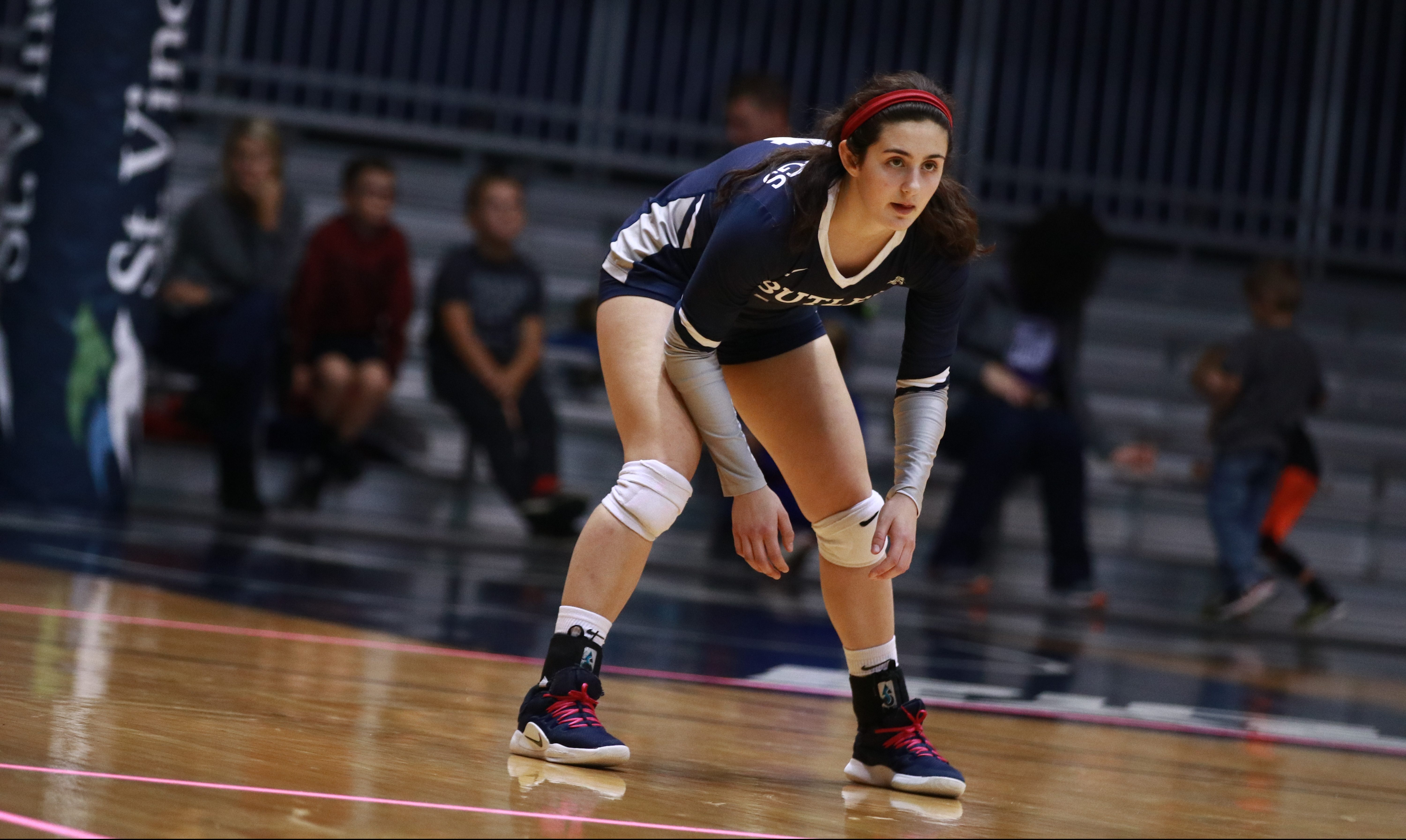 Elizabeth Labue had a team-high 15 digs in Butler’s loss to Marquette on Sept. 25. Collegian file photo.

The Butler volleyball team began Big East play on Sept. 25 with the big task of taking on the tenth-ranked team in the nation, Marquette. The Bulldogs lost the match 3-0 and are now 3-10 on the season.

The Bulldogs seemed to keep pace with the Golden Eagles in the first set, only losing by three points, 25-22.

Maria Schorr took over the setting position in the second, but after a tough fought first set, Butler seemed to lose its momentum and could not catch up to Marquette. The team would lose the next two sets, 25-17 and 25-15, respectively.

Blocking remained a positive on Butler’s side of the net as the team totaled eight blocks compared to Marquette’s two. Brooke Gregory and Shay Horn led the team with six kills each and Elizabeth LaBue had a team-high 15 digs.

The Bulldogs will not play this weekend but will be back in action at home on Oct. 2, facing off against the DePaul Blue Demons at 6 p.m.