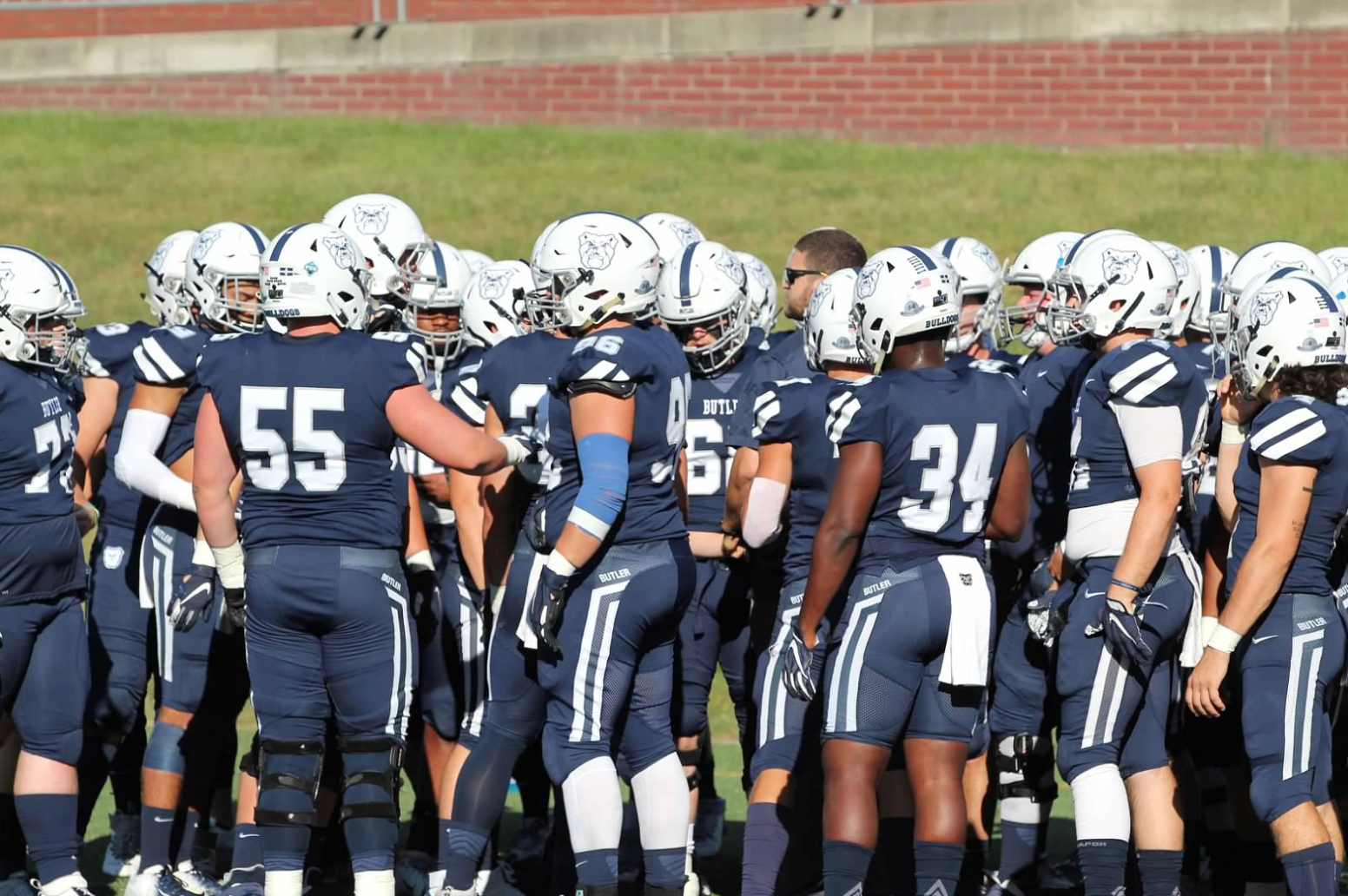 The Butler football team huddles prior to a game this season. Chandler Hart/Collegian file photo.

The Butler football team fell to the Princeton Tigers 49-7 on the road in a one-sided game on Sept. 21. The Bulldogs fall to 1-3 while the Tigers improve to 1-0.

Prior to the game, quarterback Sam Brown was ruled out with an injury. That left Cameron Towns to take over at quarterback for the Bulldogs.

The offensive proved to be inefficient under Towns as the Bulldogs were held scoreless in the first half.

Princeton took control of the game in the first half. The Tigers put up two touchdowns in the first quarter, followed by an explosive second quarter with four touchdowns — giving Princeton a 42-0 lead to end the half.

The Bulldogs’ offense remained stagnant in the second half. Nick Orlando took over in the fourth quarter as quarterback.

Although the Tigers came out victorious, Butler avoided being shut out. The Bulldogs came up with their only score late in the fourth quarter when Nick Orlando rushed it in from four yards out for a touchdown.

The Bulldogs will head into a bye week as they await the beginning of conference play. Butler will resume play on Oct. 5 as it travels to take on the Stetson University Hatters.