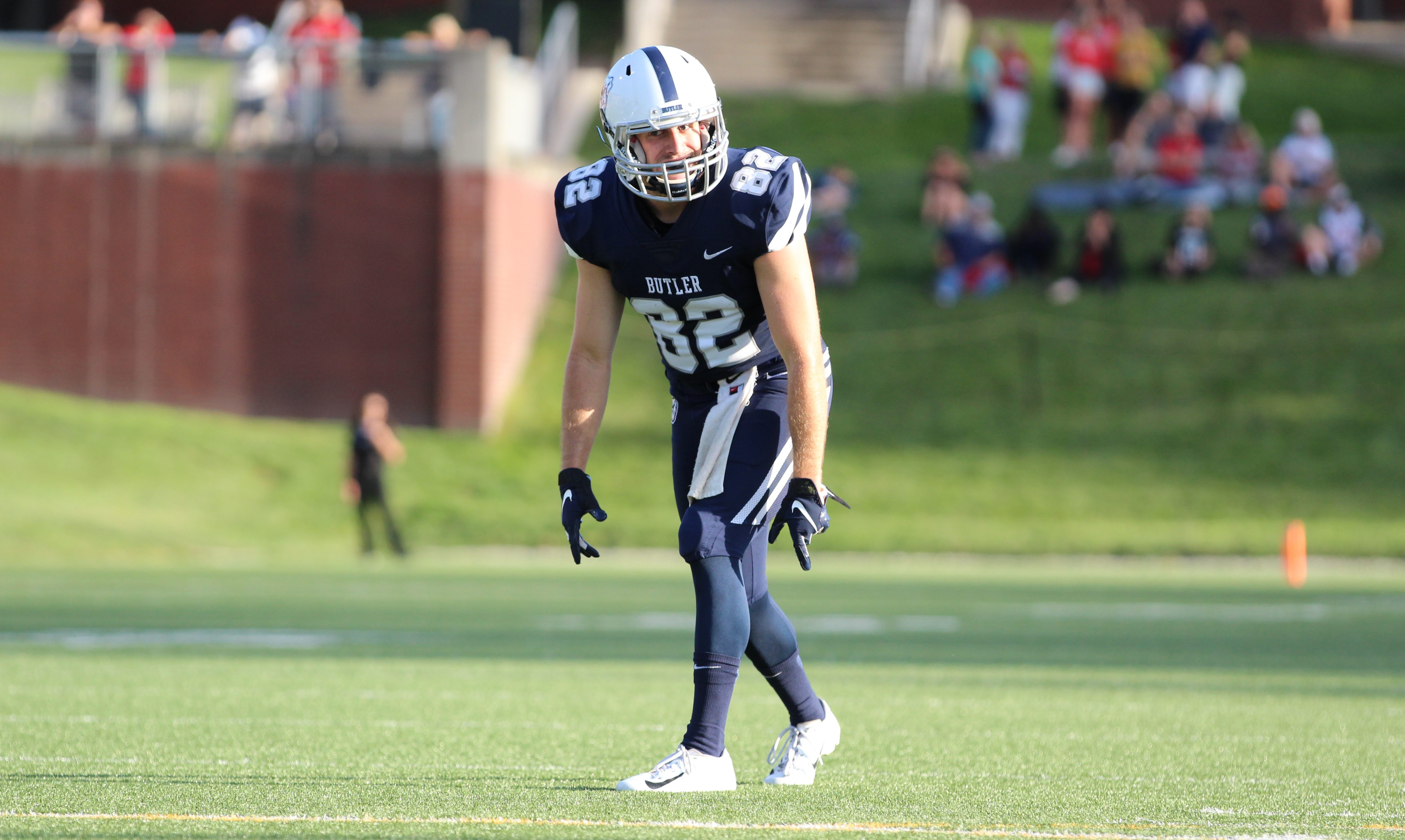 John Turley gets set for a play during a game this season. Chandler Hart/Collegian file photo.

The Butler football team fell to Taylor 17-14 at the Sellick Bowl on Sept. 14. The Bulldogs fall to 1-2 on the season as Taylor improved to 1-1.

Taylor started off the game fast with two quick third down conversions to get themselves in the red zone. They capped off the 47-yard drive with a 5-yard rushing touchdown by Spencer Crisp.

Later in the second quarter the Trojans marched down the field and were able to finish off the drive with an 8-yard passing touchdown from Zac Saltzgaber to Trey Burdine. That expanded the Trojan lead to 14-0.

For the Bulldogs, it was a slow start offensively as they were unable to get much going in the first half. They were able to get on track at the end of the half, capping off a 57-yard drive with a one-yard touchdown run by Kavon Samuels which made the score 14-7 at halftime.

Butler’s defense struggled to contain the run early on as the Trojans managed 98 yards in the first half alone. Taylor’s rushing onslaught didn’t end in the second half.

“They did a good job upfront dominating the line of scrimmage,” Voris said. “That combined with their dual-threat quarterback made it difficult for us to defend.”

The Trojans were able to convert a 22-yard field goal by Garrett Russell late in the third quarter to stretch their lead to 17-7.

The Bulldogs were able to get the gears turning offensively in the fourth quarter as Sam Brown connected with Stephen Dennis for a 35-yard completion, setting up the Bulldogs at the 1-yard line. The drive was then finished off by a 1-yard rushing touchdown by Nick Orlando.

The Bulldogs would fail to produce another scoring drive the rest of the game — allowing Taylor to take the victory.

Voris said he believes there is still time to right the ship.

“It’s not just the defense, the game is three phases,” Voris said. “In terms of getting it corrected, it starts by coming in on Monday with a positive attitude and being ready to work.”

The Bulldogs will hit the road next weekend and travel to play the Princeton Tigers on Sept. 21 at 5 pm.