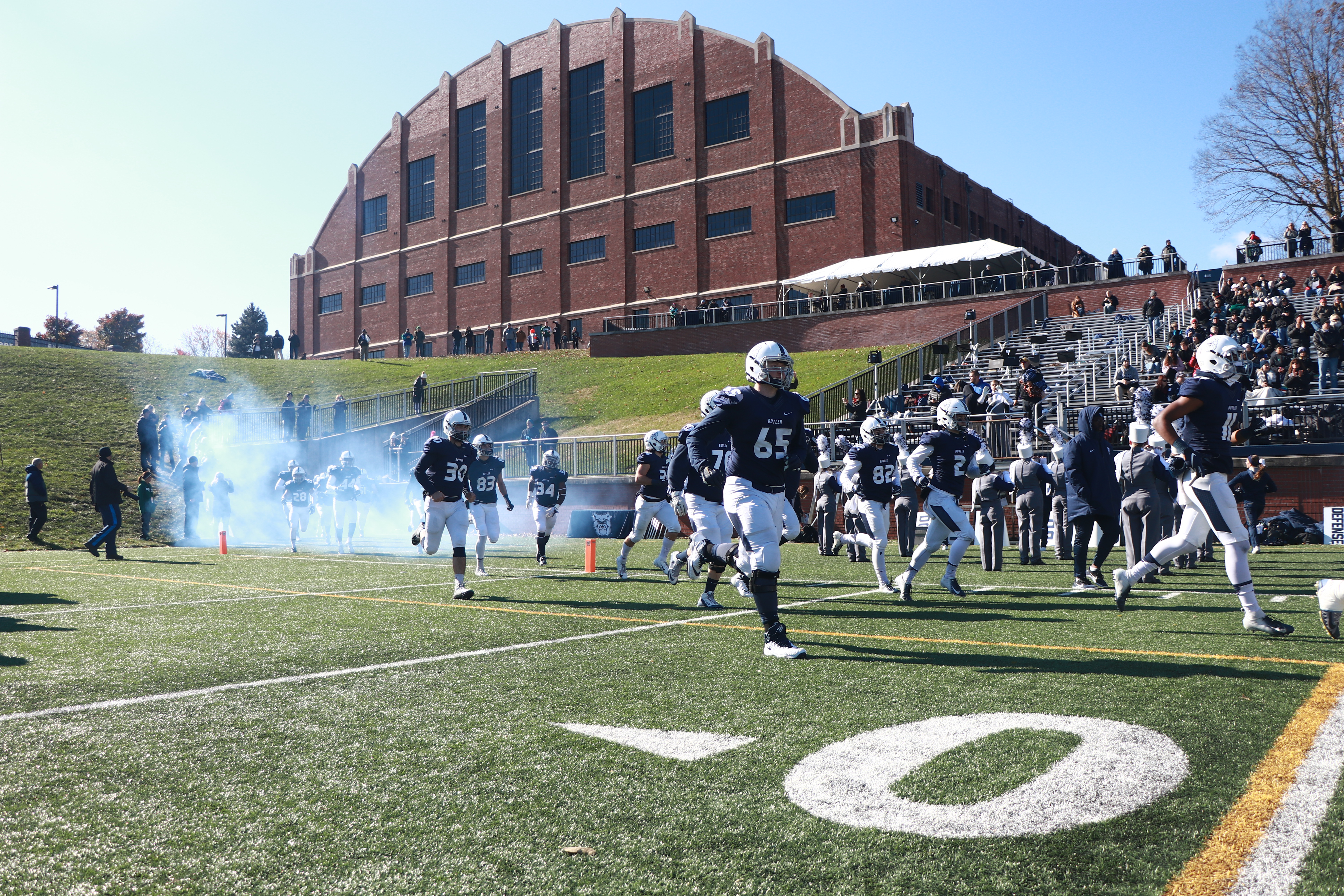 As students return to their college campuses all around the country, it can mean only one thing: college football is right around the corner.

For the majority of college football’s finest programs, Week 1 is an opportunity to tune up with a lower-ranked opponent so they can find their weaknesses without damaging playoff implications.

Butler football has a different idea in mind.

The Bulldogs will travel to Target Field in Minneapolis, Minnesota, on Aug. 31 to play the two-time reigning national champions and consensus top team in FCS, North Dakota State. The game kicks off at 4 p.m. and can be viewed on ESPN+.

In fact, the Bison have won seven out of the last eight FCS national championships. Butler respects its opponent, but understands the Bison must play 11 players at a time and have to play by the same rules as the Bulldogs.

“We try to keep a nameless, faceless opponent,” Mason Brunner, senior two-time team captain, said. “We wouldn’t change our preparation for any other team.”

Preparation is key for the Bulldogs, especially because of the uniqueness of the venue in which they’re playing. Target Field is the home of the Minnesota Twins of Major League Baseball and has never hosted a Division I football game.

“This is definitely the biggest venue I’ve played at in my career,” senior running back Brad Sznajder said. “As a competitor, the whole reason you sign up to play sports is to measure yourself up against the best of the best. If this doesn’t get you excited, I don’t know what does.”

As for preparation for possible infield dirt on the playing surface, head coach Jeff Voris doesn’t seem all too worried.

“It’s a 100-yard field, 54 yards wide, 20 yards from the hash to the sideline, goalposts at each end — it’s football,” Voris said. “How many times do you grow up playing in the dirt and mud?”

One thing the Bulldogs are preparing for, however, is the road environment this game will present to them. With Minneapolis only being a three and a half hour drive from NDSU’s campus, Bison fans are going to likely attend in the masses.

“Twenty thousand seats in Fargo to 45,000 in Minneapolis and they are all going to be Bison fans,” Voris said. “But how many times do you get to play in this type of venue against this type of team? Our guys will be up for the challenge.”

The players, however, see this venue as a unique opportunity.

“It’s an environment we’ve never played before,” Brunner said. “So we’re just excited to be playing on Saturdays again.”

The Bison are set to come in as big favorites in this game, but Butler football recently went into ranked enemy territory and came out with a win.

Some sports books had Butler as 37-point underdogs when the Bulldogs traveled to take on the 24th-ranked Youngstown State Penguins last August. Current captains Brunner and Sznajder were key contributors in the 23-21 Butler upset. Brunner was co-leader with seven tackles and Sznajder racked up 32 yards on the ground.

Despite the success of last year’s stunning upset, the Bulldogs are using the same approach for this year’s season opener.

“It’s how you approach Week 1,” Voris said. “It’s about how well you’re conditioned, how well you’ve prepared. It’s about not making the mental mistakes and doing the physical things that take no talent. Have a ‘Why not me?’ attitude out there.”

For the Bulldogs, it’s a desire to measure up against one of the nation’s best that has them chomping at the bit for Saturday’s game.

“This is one of those once-in-a-lifetime things where you get to play the defending national champs, the best team in the country,” Sznajder said.

To put it in true Butler fashion, Brunner and the rest of the Bulldogs are up to the task.