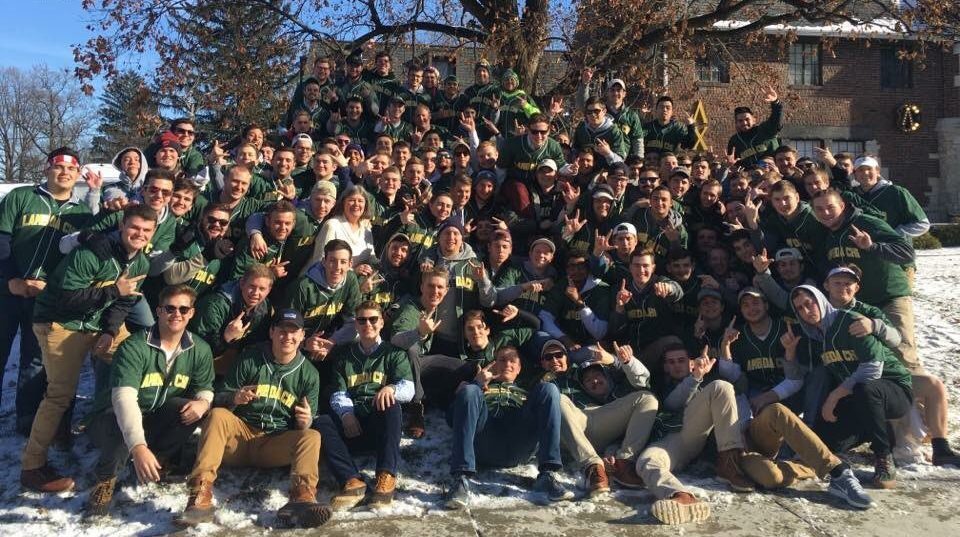 Lambda Chi Alpha has returned to campus for the 2019-20 school year, but the current seniors who received a bid from the Alpha-Alpha Zeta chapter their first year will not be allowed to return.

“That’s hilarious,” Ben Taylor, a senior marketing major, said when he heard the news. Taylor had received a bid his first year, in 2017, along with 38 other new members. A week later, national headquarters closed the chapter. The seniors who had rushed Lambda their first year were not formally initiated in the chapter.

Taylor said he does not want to rush and does not think any of the other seniors want to either.

“It’s whatever now,” Taylor said. “We’re seniors … I’m glad they got the last laugh there.”

Frank Ross, vice president of student affairs, said it was best for both Butler University and the fraternity to return this year. There would always be a possibility of a transfer student coming back to Butler or a student in a six-year program who was affiliated with Lambda Chi Alpha he said.

Taylor said he has moved forward already, though he thought the timing of Lambda Chi Alpha returning to campus was “weird.”

“If you wanted them to come back in this short amount of time, then why not let us stay in the house?” Taylor asked. “Why not come up with a solution, rather than screw 39 guys out of an experience at Butler because the whole campus is Greek Life.”

Ross said it is typical for discussions about returning to campus between a university and fraternity to start right away, and they had begun before he joined Butler University in April 2017. What was made clear to him, though, was the chapter was not healthy.

“This is under my watch now, and I want to ensure we have healthy chapters that are sustainable and contributing in a positive way to student life on campus,” Ross said. “For me to ensure that, I want to make sure we’re starting fresh.”

Brett Baker, Lambda Chi Alpha’s national director of expansion, said there will not be a mutual interest in previous members rejoining the chapter. It will be different than what they had originally joined.

Both Ross and Baker said there was no formal suspension period.

Lambda Chi Alpha will have a presence on campus in the fall, such as being at Block Party on Aug. 27, where many student organizations, including Greek organizations, will be present.

Starting in October, two staff members from Lambda national headquarters will be on campus for informal recruitment. During this seven to eight week period, they will conduct one-on-one interviews with men who are interested in joining. It will transition into group activities where they can come together to make a chapter. Come January, Lambda Chi Alpha will join the other fraternities in formal recruitment.

“We’re doing our best to identify men who may not be a typical fraternity man, but who can think big in the ever-changing landscape on how to be an advocate for the different things that affect college students today and really make a positive impact on not only their lives, but on the people around them,” Baker said.

When Noah Ditzler, a sophomore marketing major, heard that Lambda Chi Alpha may be returning to campus, he reached out to Baker.

Ditzler rushed his first year, but did not receive bids from houses that he preferred. After talking with Lambda Chi Alpha headquarters and getting to know their values and mission statement, Ditzler realized he is a much better fit for Lambda Chi Alpha than the other fraternities.

Ditzler is now helping in the recolonization process to identify who will be a founding father with him.

“When people share a vision and get together, they’re a lot more powerful and influential than an individual,” Ditzler said. “Inspiring men to become the best version of themselves is what Greek Life is supposed to be about.”

Ditzler has also talked with previous alumni who were in the chapter when it was suspended to learn about the organization of a fraternity, but also how to not repeat their past mistakes.

Baker said accountability was part of the reason national headquarters closed the chapter.

“If we failed to maintain that level [of quality], we do not want to continue it on until we figure it out,” Baker said. “I think that’s a refreshing approach, and I think that’s something that new men can take solace in — is that Lambda Chi Alpha does have a high standard and we want people to be successful and we won’t accept doing things the wrong way.”

Lambda Chi Alpha does not plan to have a house on campus until January 2021.

The chapter’s new house will be on the former Tau Kappa Epsilon property between Beta Lane and the Phi Delta Theta fraternity house. The fraternity house that sits there now will be torn down in November 2019.

Beta Lane, which connects West Hampton Drive and West 44th Street, is now property of both Lambda Chi Alpha and Alpha Chi Omega, the sorority house on the other side of Beta Lane.

Butler paid the city fee for Beta Lane to be vacated. It will eventually be a grassy area, half belonging to Lambda Chi Alpha and the other half to Alpha Chi Omega.

Kent Rollison, landlord and treasurer of Lambda Chi Alpha’s house corporation, said he likes the new location because it is with the other Greek houses and is closer to campus buildings than their previous location on Sunset Avenue across from the parking garage.

“As landlord, I can say my boring excitement is to not have to worry about 90-year-old pipes and wiring anymore, or roof,” Rollison said. “That’s very exciting for me, from the landlord side of things, knowing the men will have a brand new structure that’s state of the art with no maintenance issues that will have to be dealt with.”

Rollison said they are planning on taking the front facade of the old house and placing it inside the new house. The total project will cost around $7 million.

Butler does not have current plans for the former Lambda Chi Alpha property, which they have now gained.