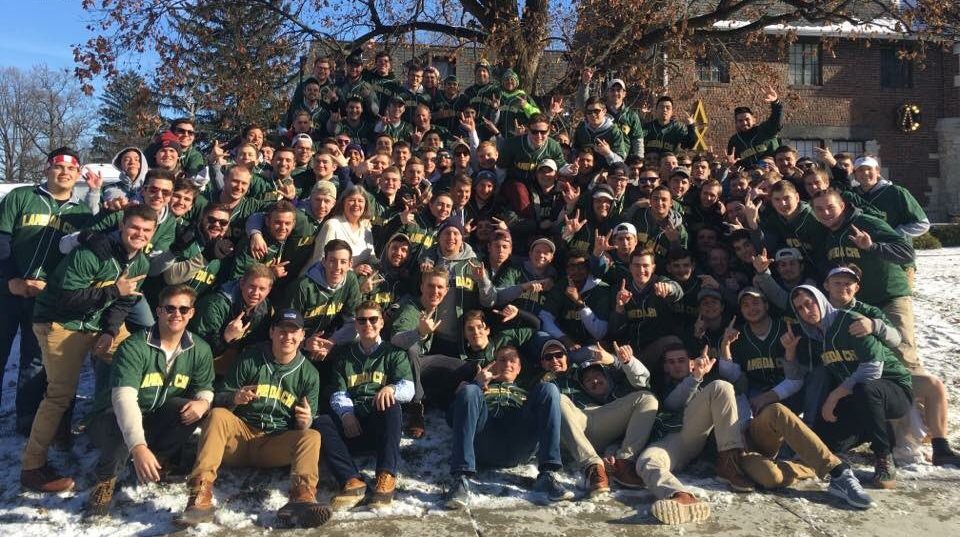 The national headquarters of Lambda Chi Alpha suspended the Butler chapter of the fraternity effective immediately until spring 2021.

The fraternity’s national board of directors had a conduct review on Jan. 10 and then voted to close the chapter, according to documents obtained from Lambda headquarters.

“An action like this doesn’t come lightly,” the document reads before stating the decision for closure comes from repeated disciplinary issues by the chapter.

The chapter members were told Monday night at 6 p.m. in a meeting with representatives from their national headquarters, alumni association, housing board and Butler.

Trent Craig, who was president before the suspension, was told 15 minutes before the rest of the chapter.

“I was heartbroken and devastated obviously,” he said. “I was the most torn up for all the guys who put in the hard work to make this chapter great.”

Lambda headquarters received a letter on Jan. 3 that included details of six incidents that occurred in the fall semester, which sparked the fraternity’s conduct review.

A letter from Lambda headquarters to the members’ parents described the incidents as “one in which a student was taken to the hospital, two at which students had been arrested, and three at which alcohol was present in violation of the Chapter’s probationary status,” but did not elaborate any further.

“They had the incidents that violated the probation,” he said. “So, it really forced the board to enact the outcome that was caused by those incidents, which would be closure.”

The campus community was told in a mass email on Monday night that “Butler University has been informed that the National Board of Directors of Lambda Chi Alpha has voted to suspend operations.”

Lichtenauer said the decision was made by both the national fraternity and the university.

“In our minds, we’re guests on a campus,” he said. “We’re there only when we’re invited by the university to be on the campus, so we wouldn’t leave or close a chapter without the school endorsing that decision. This really is a partnership where the two sides did agree that this was the best course of action.”

Anne Flaherty, interim vice president for student affairs, said Butler did not play a role in the actual process.

“It is important to know that this decision came from Lambda headquarters,” Flaherty said. “We here at Butler support the decision.”

Lichtenauer said Butler might have taken this course of action even without the board.

“We did it first, that’s why we’re seen as initiating the closure,” he said. “The school agreed with our decision, but we took the initiative to do actually it.”

In an email to the Collegian, Associate Director of Residence Life Doug Howell said alternative housing options will be found for the chapter members by Friday afternoon at the latest.

The housing corporation told the members they must move out by Saturday at 5 p.m., but there might be another date for members to move out larger items like mattresses.

“We’re tight with the housing but because of study abroad and other things, we do have enough rooms for the men,” Flaherty said. “We actually have space in all the buildings, but most of them are in University Terrace.”

Lambda’s housing corporation will continue to own the house, and the headquarters have no plans for the building at the moment, Lichtenauer said.

Craig, who has to move out, said the physical transition is the most upsetting.

“Things just won’t be the same,” he said. “We’re going to be spread across campus filling in the cracks wherever they have space, and that is really frustrating to know.”

He said he thinks the move will disband the members who are used to living together all the time from eating dinner and watching sports.

“Everyday in the house there is something new to learn and a new adventure,” he said. “There is a new memory to be made everyday here at Lambda. We have a great group of guys, a diverse group of guys. We’re very inclusive, and at the end of the day we accept each other for who we are.”

Craig said the change will be particularly hard for the 39 new members who were only in the organization for a week.

Lichtenauer said they are free to join another fraternity, depending on recruitment processes on campus.

However, now there are only four chapters left on campus, which is one of Flaherty’s main concerns.

“Even before Lambda closed, we were already worried about [the lack of spots in fraternities] and now this has compounded it and increased our urgency,” she said.

“However, when any individual or any student group engages in behavior that puts their members or other members of our campus community at risk, we have to address it,” she said. “When an organization has a series of incidents, you start to believe that the pattern of behavior is not going to get broken. Sometimes taking a break is what that group needs.”

Every fraternity on this campus was suspended at one time except Sigma Chi, and three of them have returned to campus. Tau Kappa Epsilon and Phi Kappa Psi are still closed.

Last year, a committee to find another fraternity for Butler’s campus started the bidding process and found finalists. The process was paused for larger campus planning projects, but Flaherty said it will begin again next month.

Both the university and fraternity representatives said they are hopeful and excited about bringing the chapter back to campus in 2021.

The Collegian will continue to investigate the incidents, the timeline and a potential new fraternity on campus in the upcoming semester.