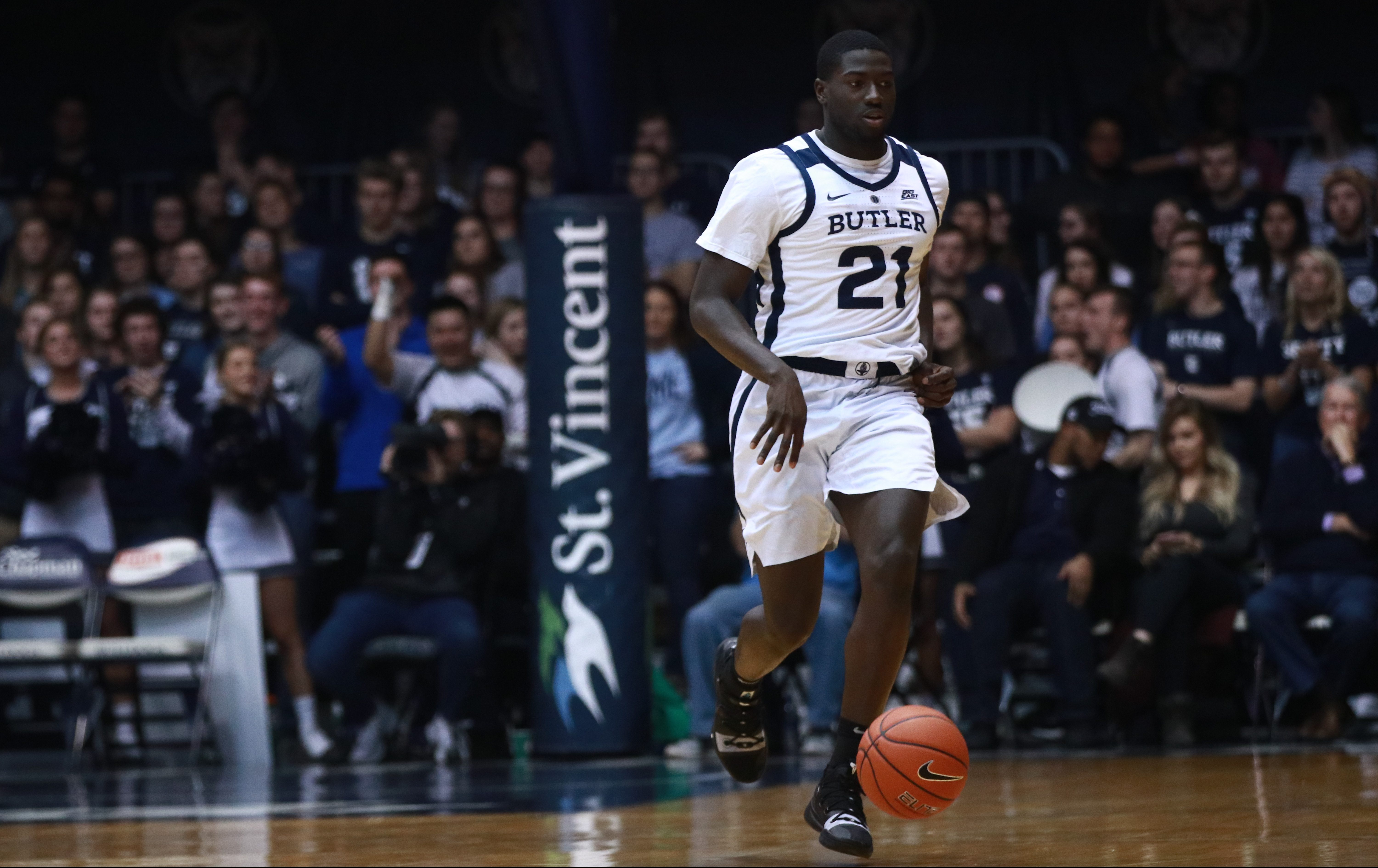 Jerald Gillens-Butler brings the ball down the court during a December game. Gillens-Butler announced on Monday he will transfer from Butler at the end of the semester. Jimmy Lafakis/Collegian file photo.

Butler men’s basketball sophomore Jerald Gillens-Butler announced on Twitter Monday afternoon that he will transfer from the university at the end of the semester.

Gillens-Butler becomes the second Butler player to announce his departure from the program in the last week, following the news that Joey Brunk will leave the university in May as a graduate transfer.

“After much prayer and discussions with my mom and Coach Jordan, I have decided to transfer out of Butler University at the end of this semester,” Gillens-Butler wrote. “I would also like to take this time to thank all of my coaches, teammates, academic staff, professors, and the fans of Butler for all of their support over the past two years.”

Gillens-Butler appeared in 11 games for the Bulldogs this season, averaging roughly six minutes and one point per game. The 6-foot-4-inch guard/forward did not appear in any Big East contests, and he did not play in any games after breaking a bone in his left hand during a practice in early February.

In his two seasons at Butler, Gillens-Butler averaged 1.1 points, 0.9 rebounds, and 5.6 minutes per game.

As as high schooler, Gillens-Butler was rated as a four-star prospect by ESPN. He averaged 14.5 points per game as a senior, leading his team to the 2017 Florida Class 5A state title.