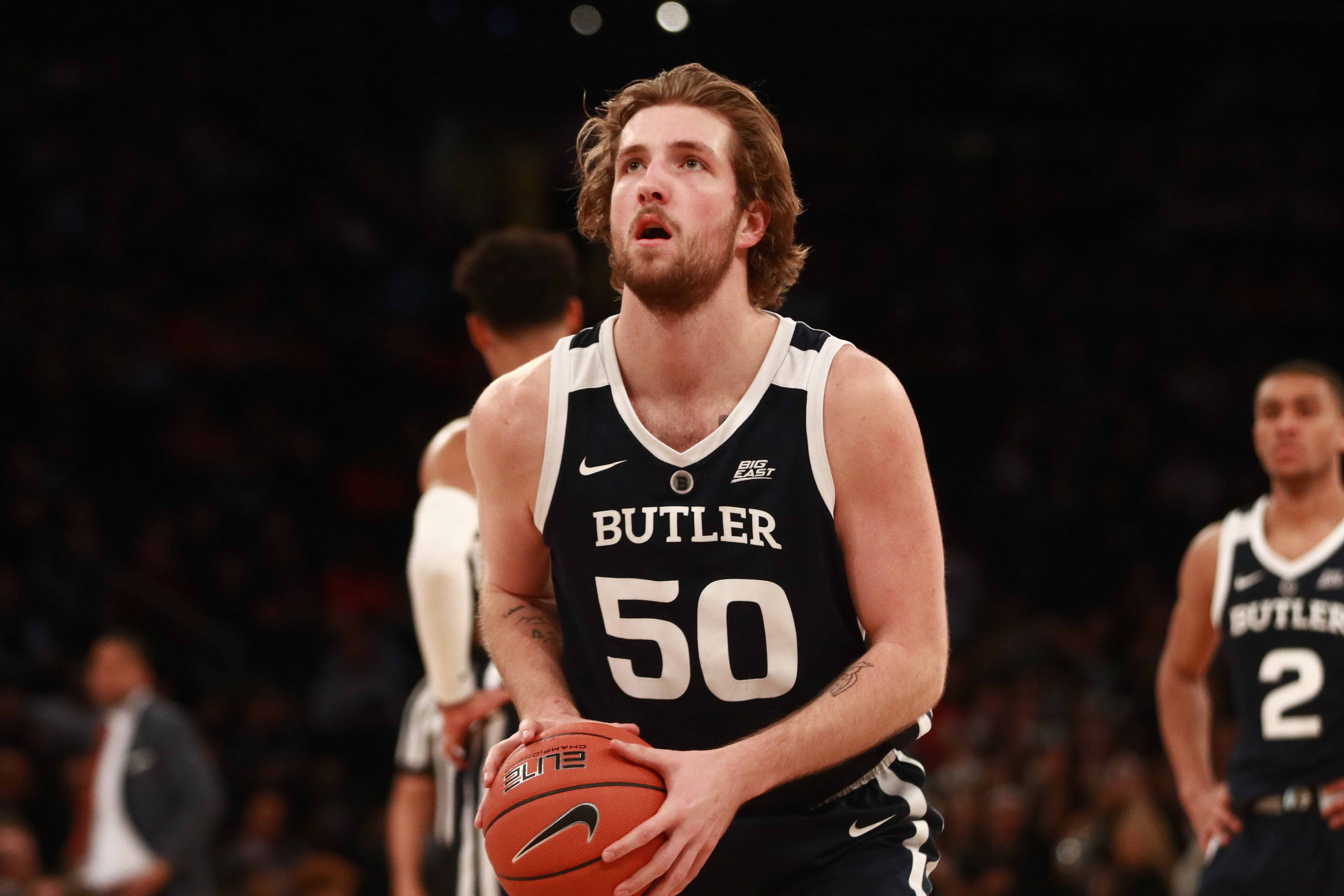 Joey Brunk will leave Butler University in May as a graduate transfer, the redshirt sophomore announced on Twitter Wednesday evening.

Brunk is graduating from the College of Education after three years at Butler. The former Southport High School standout will seek to play his final two years of basketball elsewhere.

“Over the past three years, Butler University has provided me with incredible opportunities,” he wrote. “This is another step in my journey. Thank you to everyone who has been in my corner and supported me.”

Brunk was granted a hardship waiver his freshman year of college basketball after caring for his father during cancer treatments.

In what is now his final year as a Butler basketball player, the 6-foot-11-inch center started in 13 games and averaged 7.6 points and 3.6 rebounds per game.

As a high schooler, Brunk was ranked in the top 100 players nationally by ESPN (69th), Scout (97th) and Rivals (98th). According to 24/7 Sports, Brunk received offers from Indiana, Xavier, Oklahoma, Michigan State, Iowa and Purdue before choosing Butler.