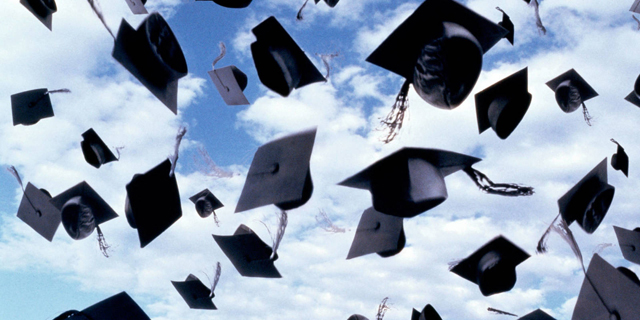 There are several paths to graduation, and to do so in four years. Photo from Legalcheek.com

Butler touts many different opportunities, from study abroad to internships, but it’s sometimes difficult to fit so much in so little years — if you want to graduate on time. It helps to see what other students have done with their time here, so here are a few students who took different paths toward graduation:

If you want to study abroad, complete an internship or do both…

Rowan Whitcomb, a senior arts administration major, studied abroad twice — once at the Moscow Art School in Moscow, Russia, and again in Anaheim, California with the Disney College Program.

“I have always been a jet setter and knew I wanted to continue in college,” Whitcomb said in an email interview. “I have continued to travel during breaks to Mexico, Costa Rica and Nicaragua in addition to my study abroad experiences.”

Whitcomb has also completed internships at Nickel Plate Arts, The Benjamin Presidential Site and The Center for the Performing Arts in Carmel.

She did not have to take courses over the summer but rearranged her schedule and took up 22 hours in a semester.

If you want to switch majors…

“I figured I’d put my hand in every bowl my first year here so I could get a feel for what I liked,” Dziwlik said. “My mom switched majors five times in college so I wasn’t too worried that I’d get behind since she graduated on time.”

Dziwlik said it was a lot of work to manage a schedule that would allow him to graduate on time.

“Logistic wise it was just balancing a lot and emails and a lot of talking,” Dzilik said. “It made me feel like an adult, to be honest.”

Melinda Peterson, a junior English major with a professional writing track, switched from marketing to pursue her passion for English.

“After going through some of the course work, I decided that I’d just follow through with my middle school goal of becoming an editor and publisher in the English world,” Peterson said.

Peterson said her dream came from the movie “The Proposal” with Sandra Bullock, who plays an editor and publisher.

“For whatever reason, the opening scene of her on this bike watching a movie while reading a book made me think, ‘that’s going to be me,’” Peterson said. “So, here I am.”

Peterson is currently taking 15 credit hours, 12 of which are for her English major. She will be taking 14 credits over the summer “to get ahead” and will take 18 credit hours next fall. Peterson said signing up for classes was difficult, as she had to fit as many courses as possible in one semester. Peterson will be graduating a year early from Butler.

If you came to Butler as a transfer…

Mia Coates, a junior human communication and organizational leadership major with a concentration in sports media, transferred to Butler from High Point University.

“My other sister went to Butler so I was familiar with the campus,” Coates said. “It’s another private liberal arts school and I got a lot of credits to transfer.”

Coates said she will be taking nine to 12 credits over the summer. Next fall and spring, she plans to take 18 credit hours. Some stresses Coates had to face due to transferring was finding a college where she could graduate on time and have enough credits transfer to not be considered a freshman.

“I love Butler, and I’ve liked it since my sister was there,” Coates said. “I would not recommend transferring as a junior because there’s a lot of classes you’ll have to retake or you’ll lose credits.”