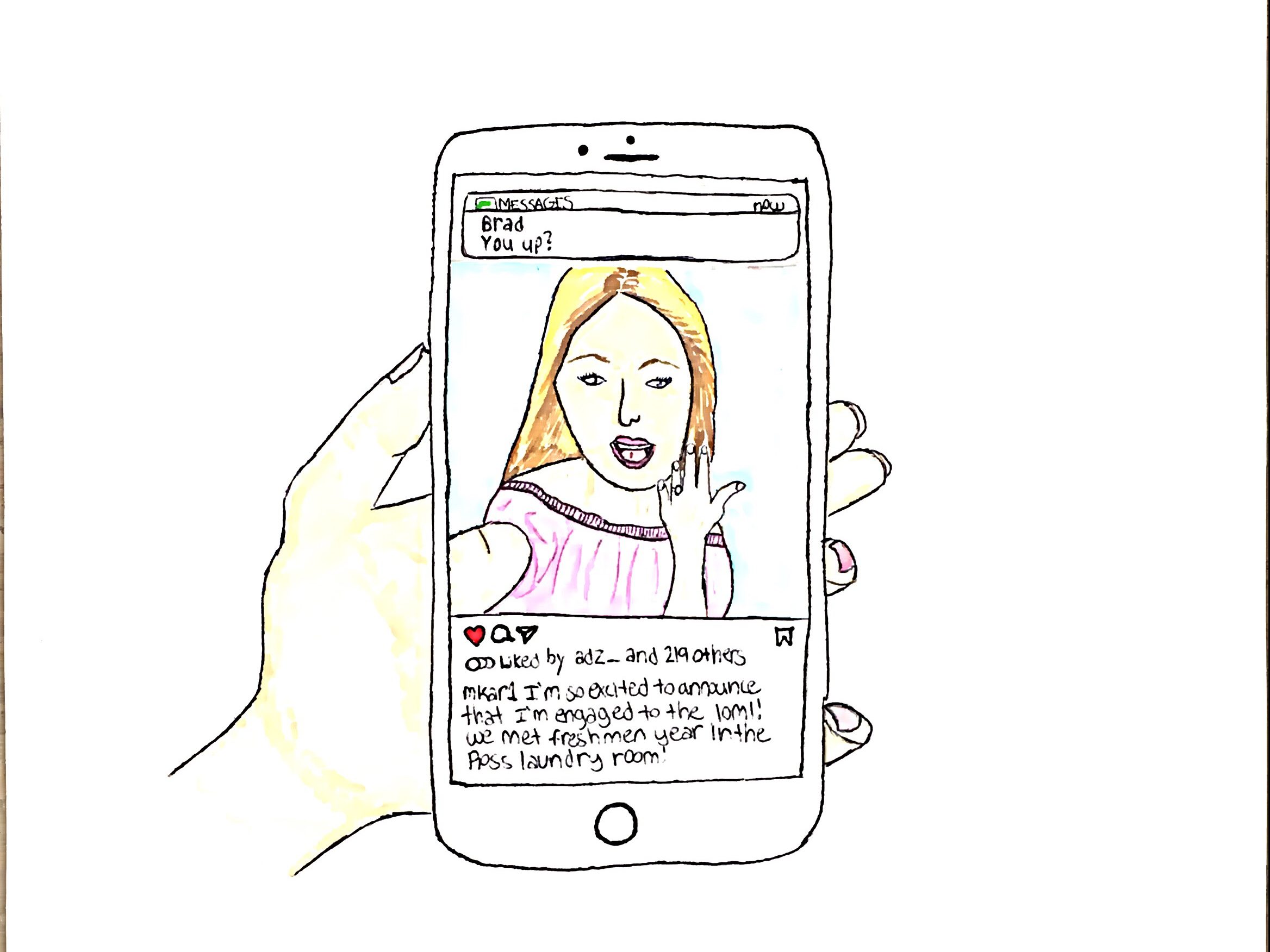 Over the past few weeks, it seems that our love lives have become even more of a hot mess than usual. Happy Valentine’s Day! Here at Butler, it seems you’re either ready to walk down the aisle — ring before spring! — or you’re caught in a pseudo-relationship: a label-less limbo. It’s normalized, in college culture. It’s The Butler Way.

And good news, folks — it only gets worse as you age.

First-years scramble to nab future fiancés, or spend their subsequent years playing Go Fish with crushes and hook-up buddies. We trade each other around — but within a few years, everyone has been with someone’s ex, or suitemate, or classmate. It’s pathetic. It’s disrespectful. It makes us all miserable.

By the upperclassmen years, it’s a hellscape. Either “we’re talking,” or “we’re engaged!”

What’s “talking,” you ask? If you’re blissfully unaware of the abyss into which most young couples nosedive, “talking” is the free trial period that comes before “dating,” and can last indefinitely — only halted by hurt feelings. And feelings will be hurt.

It’s not “if,” it’s “when.” One person will cheat, though you can’t really call it cheating because you’re not dating. Or one person will ghost, which is acceptable because there was no communicative obligation to begin with.

The attractiveness of “talking” lies in purely having fun and avoiding meaningful commitment. You’ll flirt, text on occasion, and likely utilize the HRC’s free condoms. Past that, there are zero expectations. Dating implies giving up the free-for-all of “talking” to multiple people. Commitment seems dull, because it’s so much more fun to have meaningless hookups with disposable people.

It’s safe to say that most of Butler has been caught up in the “talking” phase. One does not simply “date.” No, instead, we brace ourselves for the inevitable combustion perpetuated by your no-strings-attached relationship, which you won’t call a relationship, though, of course, that’s exactly what it is.

Frankly, if I had a dollar every time a Butler kid said “I don’t want a relationship,” I’d be Andre B. Lacy — I’d probably be a business major, too.

Granted, Butler’s atmosphere isn’t especially conducive to dating. There’s the ever-present and horribly skewed ratio of women to men, the tight social circles, the petty drama of that class/team/party/formal still fresh. But if we were keeping with our Community of Care branding, we’d be minimizing these twisted romances and addressing relationship issues openly.

If you’ve found yourself “talking” to someone, one or both of you has fabricated a reason for keeping things casual. Pick from a litany of second-semester excuses to justify staying single: Class is My Priority™, Too Broke for Valentine’s Day, Three-Months-to-Summer Timestamp, May 11th is Doomsday.

Enough. If you’re smart enough to go to school here, you should be intelligent enough to realize that such sentiments are — pardon my French — utter BS. You’re too busy to spend time with someone in daylight hours, but not too busy to text them “you up?” at 3 a.m.?

“But wait!” you whine. “I have trust issues! I don’t like them enough to date! We’d never work out! My last relationship screwed me up!”

If you can’t trust someone enough for exclusivity, cut it off. If you’re uninterested in the person beyond their physicality, end it. If you’re not learning from the experience, why waste your time? And if you’re still hurting from an ex, you shouldn’t be involving yourself with anyone, in any capacity. Speaking from, well, personal experience, I can assure you that there are dateable people on this campus. All it takes is the maturity — gasp — to get past messy histories and disingenuine motives.

Sure, it’s easier said than done. But dating isn’t a one-way ticket to marriage, at least for most of us. If it’s not  working, break up.

If you’re worried about a significant other getting in the way of your career, relax. You’ll probably be begging for a distraction from your dull office job. If you’re worried someone better might come along — they won’t. If you’re tempted to cheat, just…don’t.

There’s a comfy middle ground. You’re not your freshman roommate, or that guy in your FYS who’s planning to graduate on Saturday and hustle to the wedding chapel on Sunday.

Those people are anomalies, and I wish them each the best in their, uh, lifelong commitment to their 21-year-old spouse.