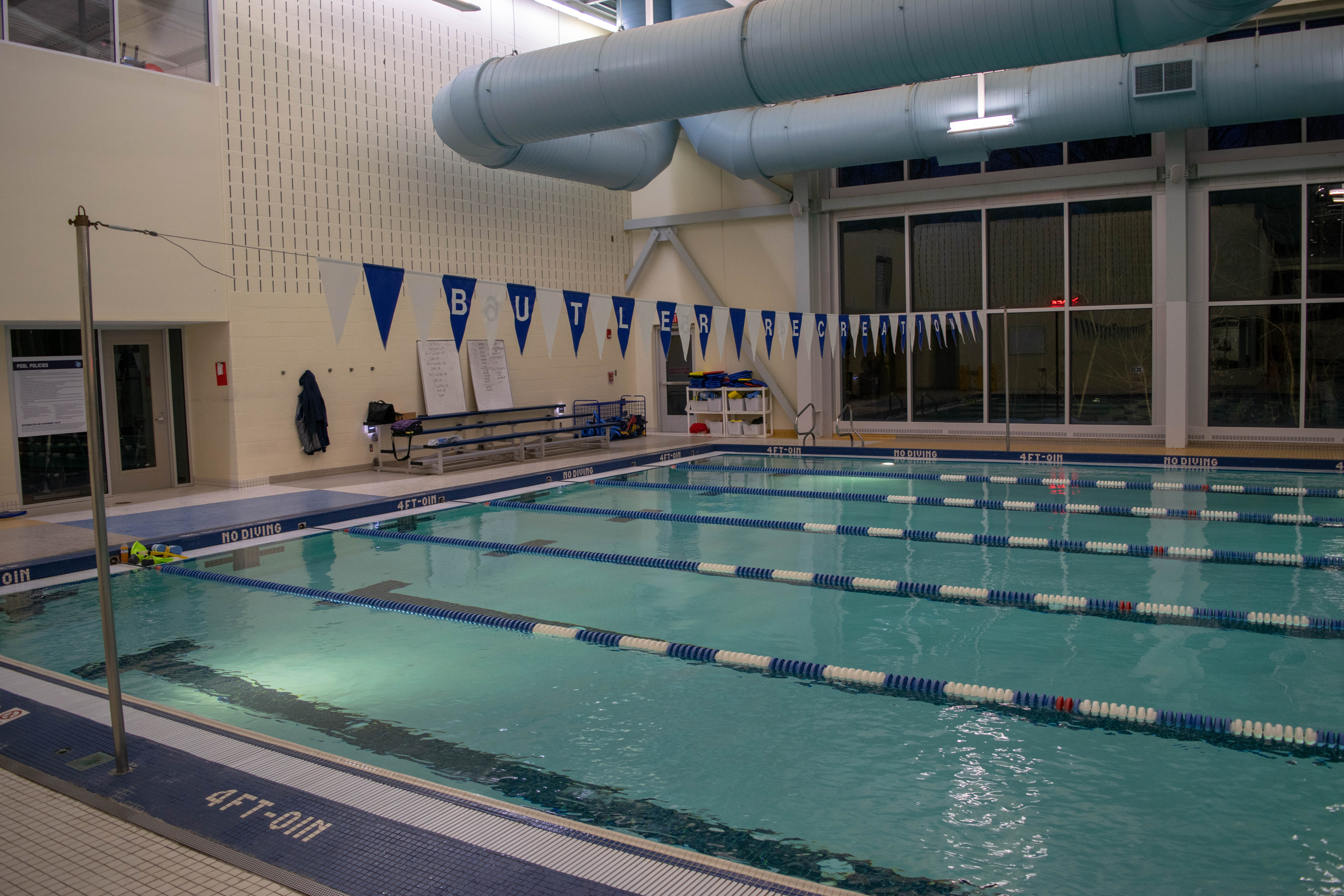 Students fill in leadership roles at the HRC due to assistant director vacancy. Photo by Mason Lovett

When Kristyn Watts left her position at the HRC as assistant director of recreation and wellness of aquatics and operations, student employees picked up extra responsibilities. Butler has yet to hire a replacement for Watts, who left on Jan. 4 for a new position at the University of Notre Dame.

Before she left, Watts implemented a transitional plan for aquatics and operations until a replacement could be found. Watts’ responsibilities were divided amongst five student leaders, led by Heidi Kastenholz, a senior chemistry major who became undergraduate assistant for aquatics and will oversee communication between administrators and lifeguards.

“I did not expect to be in this role, but I am doing my best to fulfill the responsibilities that I now have and to make sure everyone is getting the support they need,” Kastenholz said in an email.

Josh Downing, director of recreation and wellness, will oversee Kastenholz and other student leaders.

“We can go a big chunk of this semester because of how [Watts] organized everything and put student leaders into place,” Downing said. “I’m making sure that plan is run like how she wanted it to be run. The student leaders are really, really great, so I’ve been working with them closely.”

Already a week and a half into the semester, Downing and Kastenholz encountered an unforeseeable maintenance issue: the sauna broke down. Downing said the team notified him instantly, and they were able to sort out the issue. It was a prime example of how they should all be communicating and functioning.

Carly Donohue, a lifeguard and senior on a pre-PA track, now oversees the HRC swim lessons as a result of Watts’ absence.

“There’s just an extra layer now that I’m in charge of that,” Donohue said, who is looking for swim instructors to start in February. “I can’t turn to [Watts] when I have a question — I have to figure it out myself. I have been kind of independently running it for the most part.”

This includes scheduling and account managing. Operations assistant Reem Negash helps Donohue. Negash graduated from Butler last year. As a student, Negash worked at the HRC as the undergraduate operations assistant. Both Downing and Kastenholz said Negash has been integral in maintaining the HRC workplace.

Khusbu Shah, a head lifeguard and junior on a pre-PA track, has worked at the HRC pool for three years. As a head guard, Shah helps to hire and train new lifeguards, plans and runs monthly meetings and covers any shifts.

“I haven’t been hit super hard with new responsibilities, but I can tell Heidi definitely has,” Shah said.

Kastenholz will most likely stay in her job position for the rest of the spring semester.

Downing said Watts’ former job description is going through a review because any time there is a change, it is a good opportunity to see what could be improved. Once it goes through the university’s process, he predicts the job will be posted by the end of January or early February. The hiring phase usually kicks in mid to late spring, Downing said.