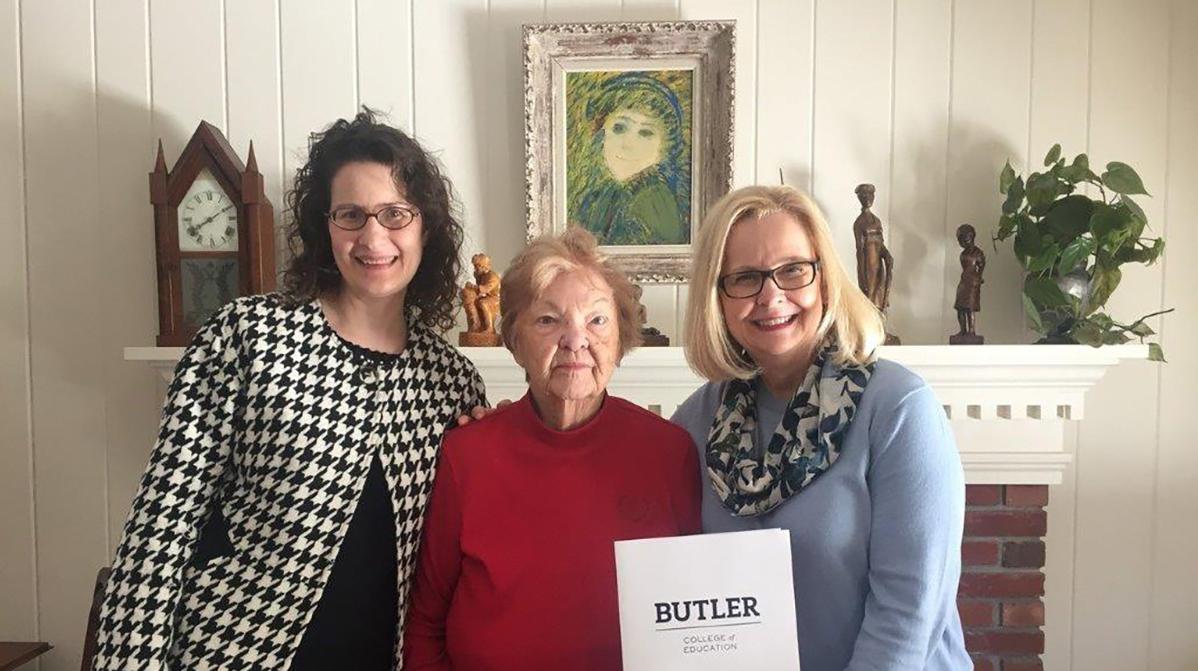 The Dean of College of Education, Ena Shelley, said she is greatly honored to have witnessed such a gift.

“I was surprised by this gift at first, but then I met her, and she was the sweetest and nicest woman,” Shelley said. “This gift is a way of her giving back and giving forward.”

This gift was given in hopes of helping those in need within the COE holding at least a 3.0 GPA. Each year, a percentage will be taken from the gift, approximately 5 percent, to be able to make a Myrtle Browning and James E. Hardesty Scholarship.

Although the exact amount of scholarships given is unknown, Shelley estimates the COE will be able to fund approximately 12 more scholarships per year, for current and incoming undergraduate students, using this gift.

These scholarships will not only help relieve financial burdens of those in the COE, but they will also allow for more students to be enrolled at Butler in the future, as there are now more finances that can be used to support more incoming students.

According to a previous article regarding the COE gift, Butler had truly touched Myrtle during her two years at the university, and she wished to be able to touch others here on campus in return. She had said that being a Bulldog was a proud moment for her.

Although this scholarship is new and has not yet been granted to any undergraduate students, it has still affected some of those already attending the College of Education, like Katelyn Shadoan. Katelyn Shadoan is a sophomore elementary education major.

“I think this gift is great,” Shadoan said. “This gift will be beneficial as it will bring in more education majors, and hopefully more teachers, because there is a shortage in both.”