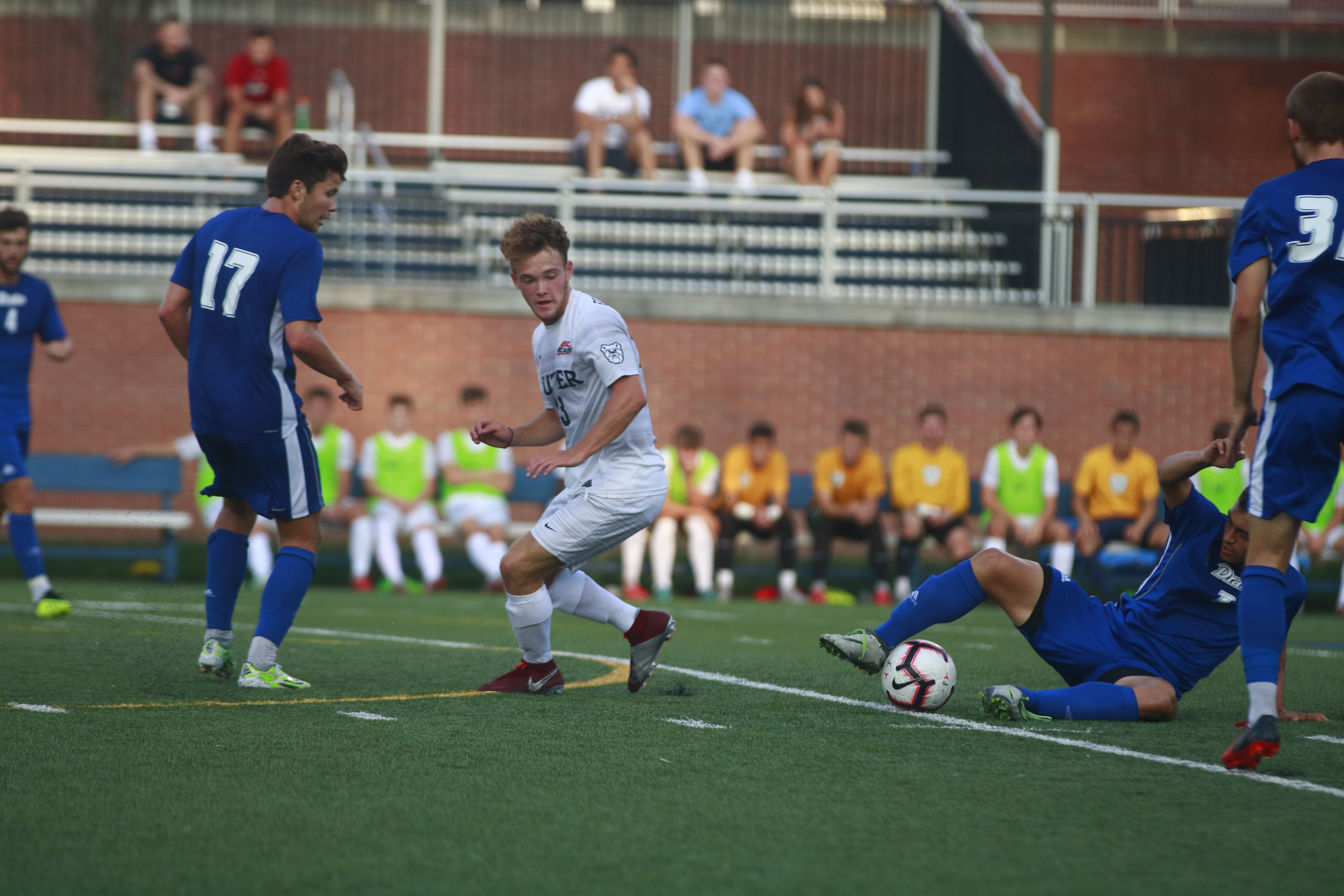 Logan Lee locates the ball in a game earlier this season. Lee scored the first goal of his Butler career in the win over DePaul. Jimmy Lafakis/Collegian file photo.

The Butler men’s soccer team claimed their first win in Big East play at DePaul on Oct. 13. The win moves the Bulldogs to 3-8-2 on the season and 1-4 in conference play.

The first 45 minutes of action saw no shots find the back of the net. Both teams had four shots entering halftime.

In the 60th minute, DePaul jumped on top with a goal from Max de Bruijne, who got on the end of a free kick. The lead didn’t last long as the Bulldogs earned a penalty kick in the 68th off a handball.

Junior Alex Lehtinen converted from the spot to tie the game at one.

The Bulldogs added two more goals in the next 20 minutes of play. The game-winner came in the 82nd minute when freshman Jack Haywood connected with freshman Logan Lee. Lee’s goal was the first of his career and the 11th different Bulldog to score this season.

The final goal came from junior Brandon Guhl off an assist from senior Marco Charalambous in the 87th minute.

The Bulldogs are back in action Oct. 16 when they travel to face Indiana University. The Hoosiers are currently ranked No. 4 in the country. Kickoff is scheduled for 7:30 p.m. and the game will be aired on the Big Ten Network.