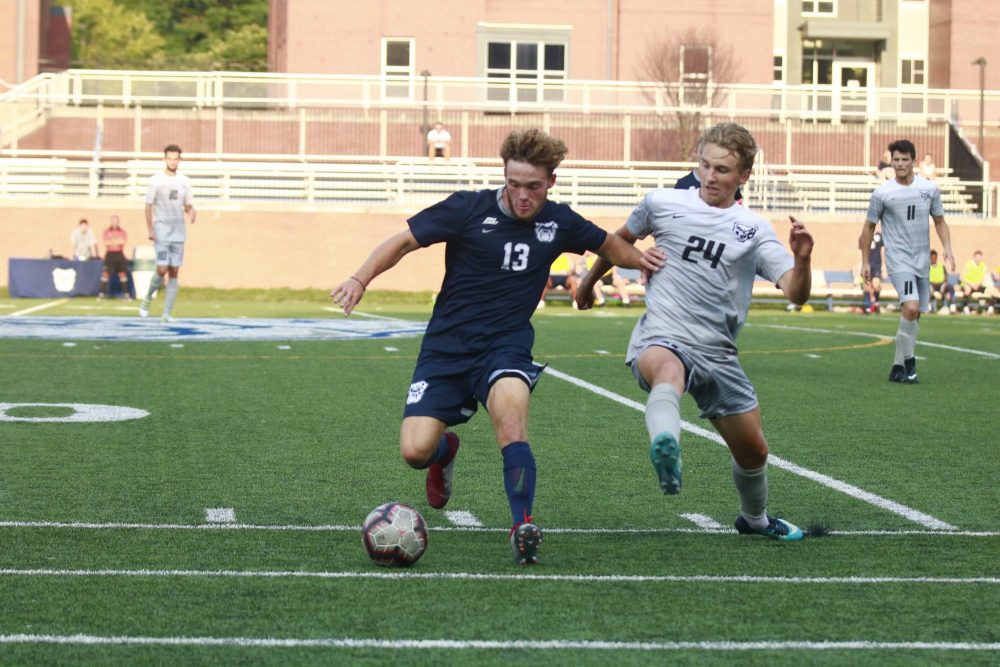 Logan Lee battles for the ball. Lee scored his third goal of the season in the loss to Seton Hall. Jimmy Lafakis/Collegian file photo.

The Bulldogs got off to a fast start against the Pirates. Freshman Logan Lee found the back of the net of an assist from junior Brandon Guhl in the fourth minute of action.

Here’s a look at Logan Lee’s third goal of the season! #GoDawgs pic.twitter.com/evKNItJ022

Lee has now scored in three straight Big East matches, including a game-winner in the final minute against Villanova on Oct. 20.

Despite seven shots in the first 45 minutes, Seton Hall only put one shot on frame from beyond the 18-yard box that was secured by Butler goalkeeper Gabriel Gjergji.

After entering halftime with a lead, the Bulldogs gave up two goals in the first five minutes of the second half. The first came courtesy of Seton Hall’s CJ Tibbling just 22 seconds into the second 45 minutes of play.

The game-winning goal for the Pirates came in the 50th minute when Carlton McKenzie put one in the upper 90 from beyond the box.

Seton Hall dominated the second half on the offensive end despite not finding the back of the net again. They had 10 shots with five of those efforts being on frame.

With the loss, the Bulldogs drop from seventh in the standings to ninth. They are now two points out of sixth place, the last conference tournament spot, with only two games left in the regular season.

Butler returns to the field on Oct. 28 as they face Marquette at Varsity Field. Kickoff is scheduled for 1 p.m. and will be broadcast on the Big East Digital Network.