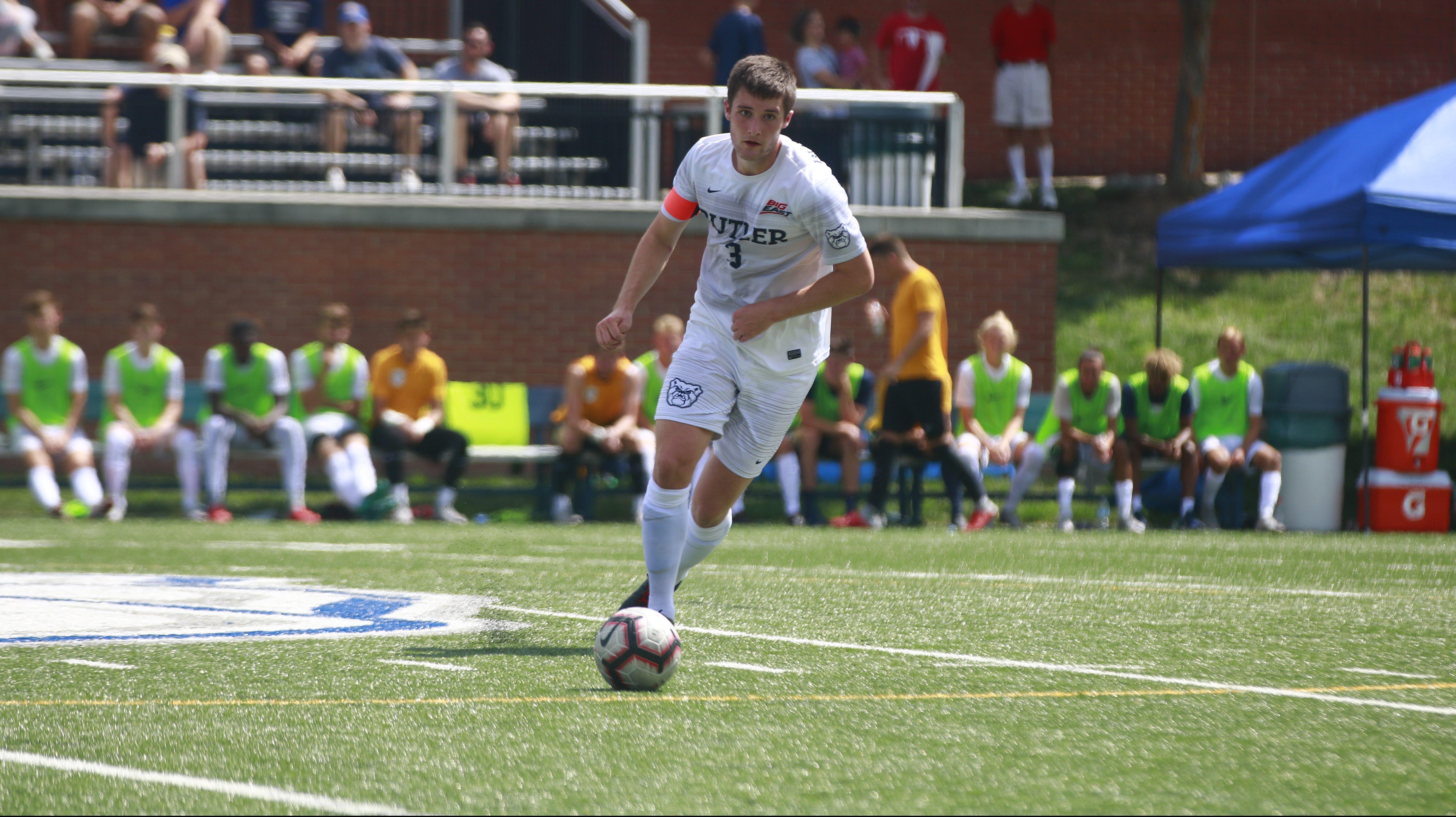 Joe Moulden in a game earlier this season. Moulden had a shot on goal in the loss to the Hoosiers. Jimmy Lafakis/Collegian file photo.

For the first time in six years, the Butler men’s soccer team and Indiana ended their annual matchup in regulation. The Bulldogs fell to the Hoosiers 3-0 in Bloomington on Oct. 16. to move to 3-9-2 on the season.

Defensive struggles continued for the Bulldogs in the first half, giving up two goals to the heads of Indiana players. The first Hoosier goal came in the 5th minute of action courtesy of Justin Rennicks.

The second goal came on a cross in the 23rd minute. Butler failed to mark Indiana’s Timmy Mehl in the box and he capitalized by putting a header in the back of the net.

Four of Indiana’s seven shots were on frame in the first 45 minutes while the Bulldogs failed to put any of their six shots on goal.

The second half sang a similar tune as the Bulldogs only had five shots during the second frame while Indiana added another seven shots and two on goal.

The lone goal of the second half came from Spencer Glass in the 74th minute making a move on senior defender Joe Moulden and sending a rocket past Gabriel Gjergji.

Butler returns to Big East play at Villanova on Oct. 20. Kickoff is scheduled for 1 p.m. on the Big East Digital Network.