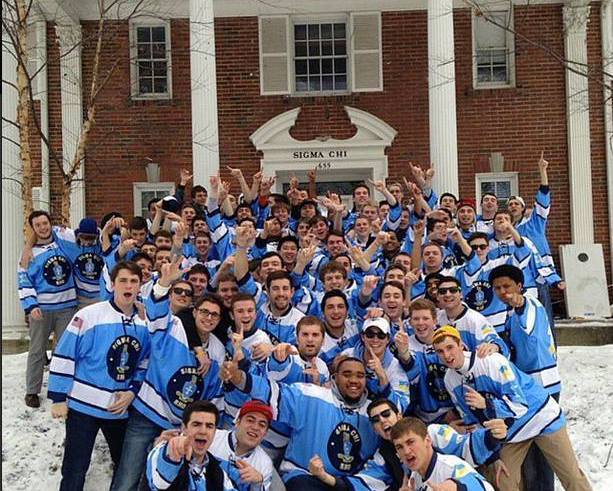 The longstanding Butler tradition of Chariot Races will not take place this year, according to the Office of Student Affairs.

Chariot Races are an annual homecoming activity in which Butler fraternities pull homemade chariots down Hampton Drive in a series of races. Historically, the event was hosted and sponsored by Sigma Chi Fraternity.

Dean of students Sally Click said there were three main components that lead to a “pause” of the races.

“One reason is that any student organization hosting an event like that needs to be in good standing, and that’s not the case — as the traditional host has been Sigma Chi,” Click said. “Right now we’re working through some concerns, and we determined it is not in their best interest right now to be hosting that event.”

Jake Haught, president of Sigma Chi, declined to comment on the event’s absence during this year’s festivities. Click also declined to further comment on what specific events led to Sigma Chi’s current status with the university.

Click said two other reasons led to the cancellation of Chariot Races.These reasons involved a new route for the annual parade and the work that goes into hosting the races, such as street closures, extra security and fencing. Also, she said the university has safety concerns they have to consider with this event.

“Our main concern in all things we do is health and safety and the risk this involves,” Click said. “This draws a ton of people, it’s hard to manage and it takes time and organization to do that. We will be doing a risk assessment with the full participation of Greek groups that want to be involved, and we will look at if this continues.”

The future of the event is unclear at the moment. Other groups offered to host the Chariot Races in Sigma Chi’s place, but the university decided instead to re-evaluate the event’s place in homecoming festivities.

“Could another group have done it? Perhaps, but the opportunity is for us at this point is to push pause, because we really have to evaluate the risks that are involved in this,” Click said. “We’ve got not only people in the race and the risks they’re all assuming, but the spectators that are there. And then we know what some of the activities are prior to this with people not necessarily making the best decisions sometimes given the pre-activities.”

Click said the university will begin to review the status of the Chariot Races as soon as homecoming week is over, so plans can be set for next fall. Click was in favor of including multiple parties to ensure everyone has a say in what the future looks like.

To replace Chariot Races this weekend, SGA is sponsoring an event from 8:30 a.m. to 11 a.m. on the mall north of the Star Fountain.

The event will include Mark the DJ from Butler Athletics, lawn games, a donut give away, food giveaways, tattoos and photo booths. Dining Services will also offer breakfast at Atherton for $2.

“We’re trying to help all students have some place to go, because except for the Bulldog Beauty Contest, if you’re not going over there things don’t really ramp up until the parade a little bit later for students,” Click said.

Click acknowledged this a long-standing tradition at Butler, and she urged students to not lose hope on the event coming back in the future.

“I think that traditions are awesome,” Click said. “Sometimes, because they last a long time we lose contact with how they got started. Traditions need to be relevant for the current students, but we need to appreciate that they have some history and some meaning for our alumni and honor that.”