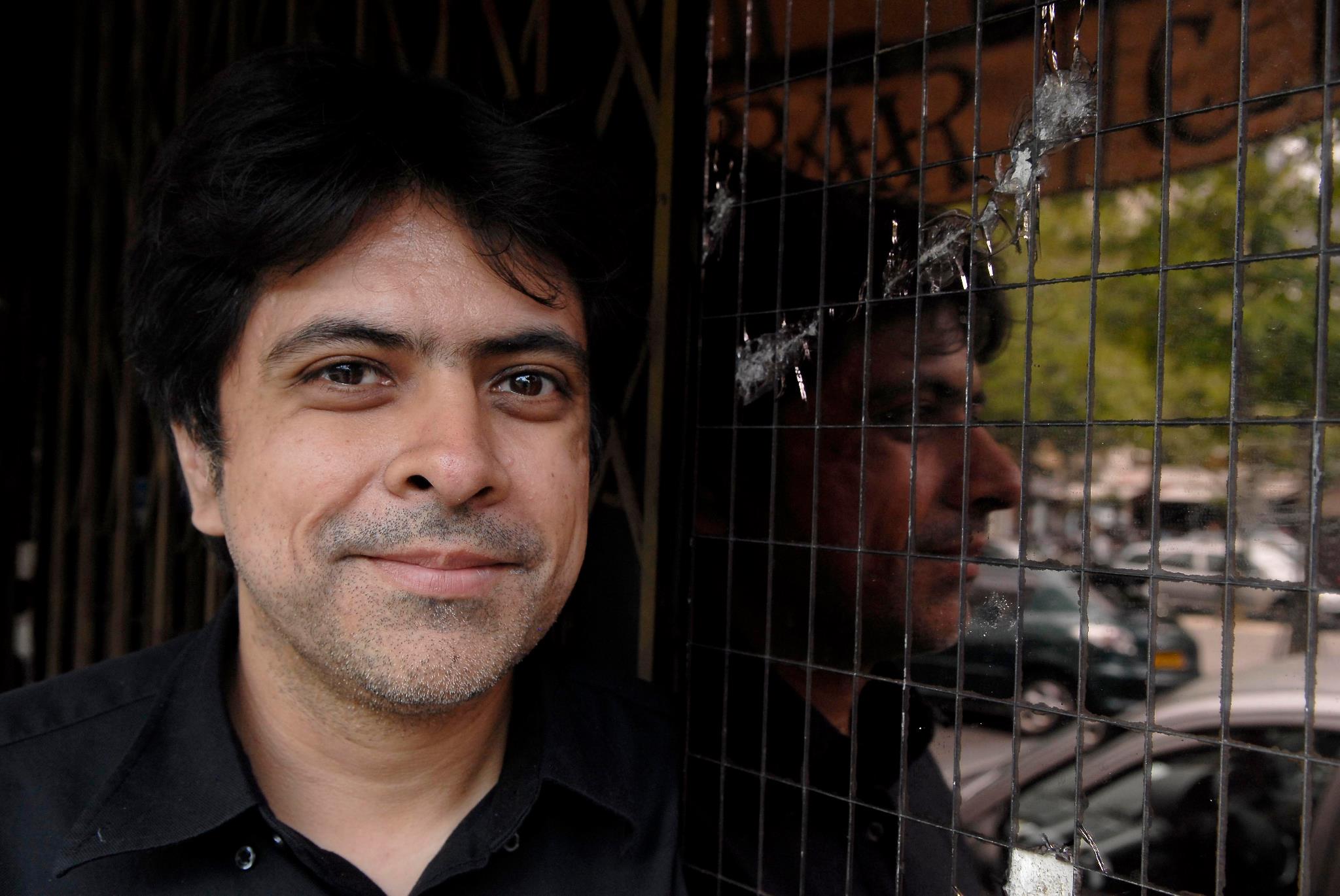 Skyhorse’s memoir, “Take This Man” is about his life and his search for a father figure. Photo courtesy Butler University website.

Award-winning novelist and memoirist Brando Skyhorse is the first of six writers slated to come to campus this fall for the Visiting Writer Series.

His novel “The Madonnas of Echo Park” won the PEN/Hemingway award as well as The Sue Kaufman Prize for First Fiction from the American Academy of Arts and Letters. The novel tells the story of men and women in Los Angeles who struggle with their ethnic identity in pursuit of the American Dream.

In addition to being a writer, Skyhorse is also an associate professor of English at Indiana University-Bloomington. He was the the 2014-2015 Jenny McKean Moore Writer in Residence at George Washington University.

His 2014 memoir “Take This Man” was an Amazon book of the month and is being taught this semester in various English classes at Butler.

The memoir tells the story of Skyhorse’s life and how his mother raised him as a Native American instead of his actual ethnicity — a Latino man. This sudden change came after his father abandoned the family when Skyhorse was three years old, and he was left to live with his mother and grandmother. It is a story of a quest to find a father figure for Skyhorse and a suitable partner for his mother.

“I was father rich but family poor,” Skyhorse writes in “Take This Man,” a reference to his five father figures detailed in the first few pages of the book.

“Take This Man” is being taught by two professors, Ania Spyra and Bryan Furuness, at Butler and has received high praise. Spyra, who teaches multiple classes on the Visiting Writer series, said she thought the memoir was fascinating.

“The memoir has elicited an emotional response from the students to the gut-wrenching tale of Skyhorse’s search for a true identity,” Spyra said.

Arianna Morrison, a junior dance performance major who is taking the Visiting Writers Series class, said she could relate to how Skyhorse’s mother tells him, in regards to their family life, “at least it’s never boring.”

“I knew this memoir would hit hard because I’ve heard my mother say those exact words when I’ve complained about my atypical arrangement of father figures,” Morrison said. “My situation isn’t anything like the author’s, but that’s a part I could relate to.”

While the the semester is still young, Spyra said she thinks the students are prepared to engage with Skyhorse’s work.

“I think reading the memoir will make students invested in him as a person, as a writer and as somebody they are curious about,” she said.

Bryan Furuness, an English professor who offers Skyhorse’s memoir as optional reading, said Skyhorse’s style of writing is what separates his memoir from other nonfiction writers.

“With an amateur writer, they would have just told the story as is, but Skyhorse examines himself  as much as his mother and shows his vulnerability on the page,” Furuness said. “I had never read that kind of story before.”

Skyhorse’s unique storytelling ability is something people will not want to miss. Furuness characterized it as, “a blend of storytelling and essayistic writing.” He also described “Take This Man” as “the American story of identity.”

Whether or not you know who Brando Skyhorse is, Spyra said Visiting Writers Series events can be a good way to get to know a writer’s work.

“I have come across some really wonderful writers that way,” Spyra said. “It’s never necessary to read anything before attending a Visiting Writers Series event.”

Skyhorse will be in the Reilly Room in Atherton Union on Sept. 6 at 7:30 p.m. and will hold a Q&A session at the Efroymson Center for Creative Writing on Sept. 7 at 11 a.m.