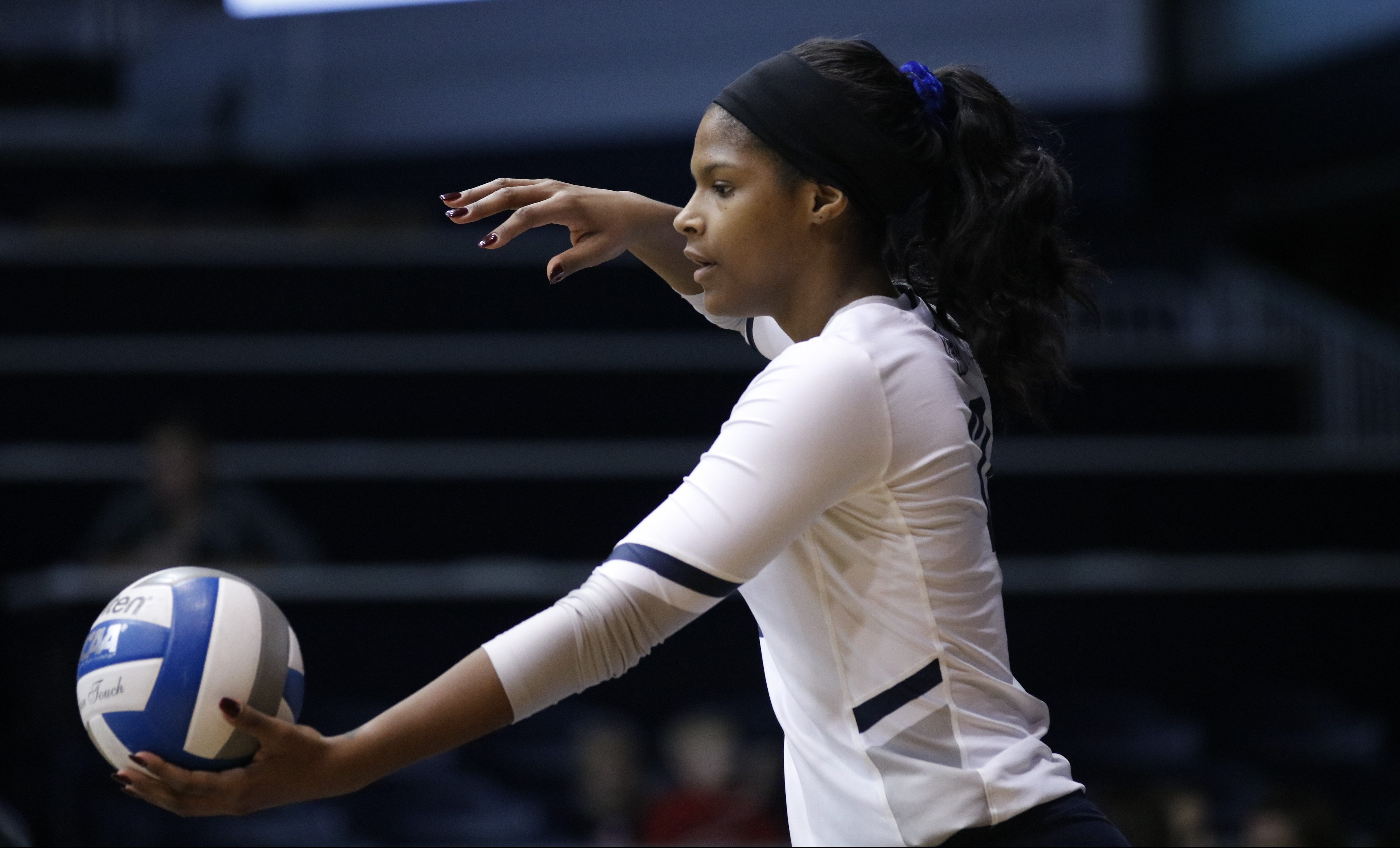 Bri Lilly winds up for a serve during a match last season. Lilly was named to the preseason All-Big East team earlier this month. Collegian file photo/Jimmy Lafakis.

After making the Big East Tournament last year for the first time since 2013, the Butler University volleyball team isn’t ready to rest on its laurels.

They want more than an appearance. They want a championship.

“Those returning kids who were at the Big East Tournament want more than to just be there,” head coach Sharon Clark said. “I think that they really worked hard this summer to get us farther along so we can win the tournament. That is our goal for us this year. We’re ready for it.”

Earlier this month, senior middle blocker Bri Lilly earned a spot on the preseason All-Big East team. Lilly and libero Taylor Takeda are the lone seniors who will play this year, as outside hitter Anna Logan will redshirt this season due to a back injury.

Butler sports nine returners from last fall’s roster, as well as eight new players. Five of those fresh faces are freshmen while three transfers round out the newcomers.

“Our hustle and endless pursuit is the number one thing we’ve got going for us this year,” Clark said. “It’s more so than the last couple of years.”

A few weeks ago, the team sat and wrote their goals down for the season. That was when they decided to go after a Big East championship.

“We have such a goal-oriented team,” Schorr, a Dayton transfer with four years of eligibility remaining, said. “Seeing the goals come into action is going to be huge.”

The players wrote down their personal goals, their conference goals and their statistical goals. They gathered together with the coaching staff and spoke about their aspirations.

“It’s a cooperative process and it keeps everyone on the same page,” Lilly said. “We are all working toward a ‘one team, one goal’ kind of thing.”

The Bulldogs used summer open gyms to get to know each other and create chemistry on the court. They worked together to build a foundation for their campaign.

“I’m super excited to be playing with a lot of fresh people,” Lilly said. “They just have a lot of raw talent I can realize a lot of potential in.”

Clark said the team’s main focus this season will be sustaining the team’s energy.

“It’s having that great energy every day in practice and having it in all matches in sustainable fashion,” Clark said. “Not super high or super low, just really focusing on that consistency and bringing that as a team. That’s what I think gets you through these really long seasons.”

The Bulldogs will play their first matches at Hinkle Fieldhouse on Aug. 31 and Sept. 1. Butler will host Auburn University, Eastern Illinois University and Illinois State University in the Top Dawg Challenge.