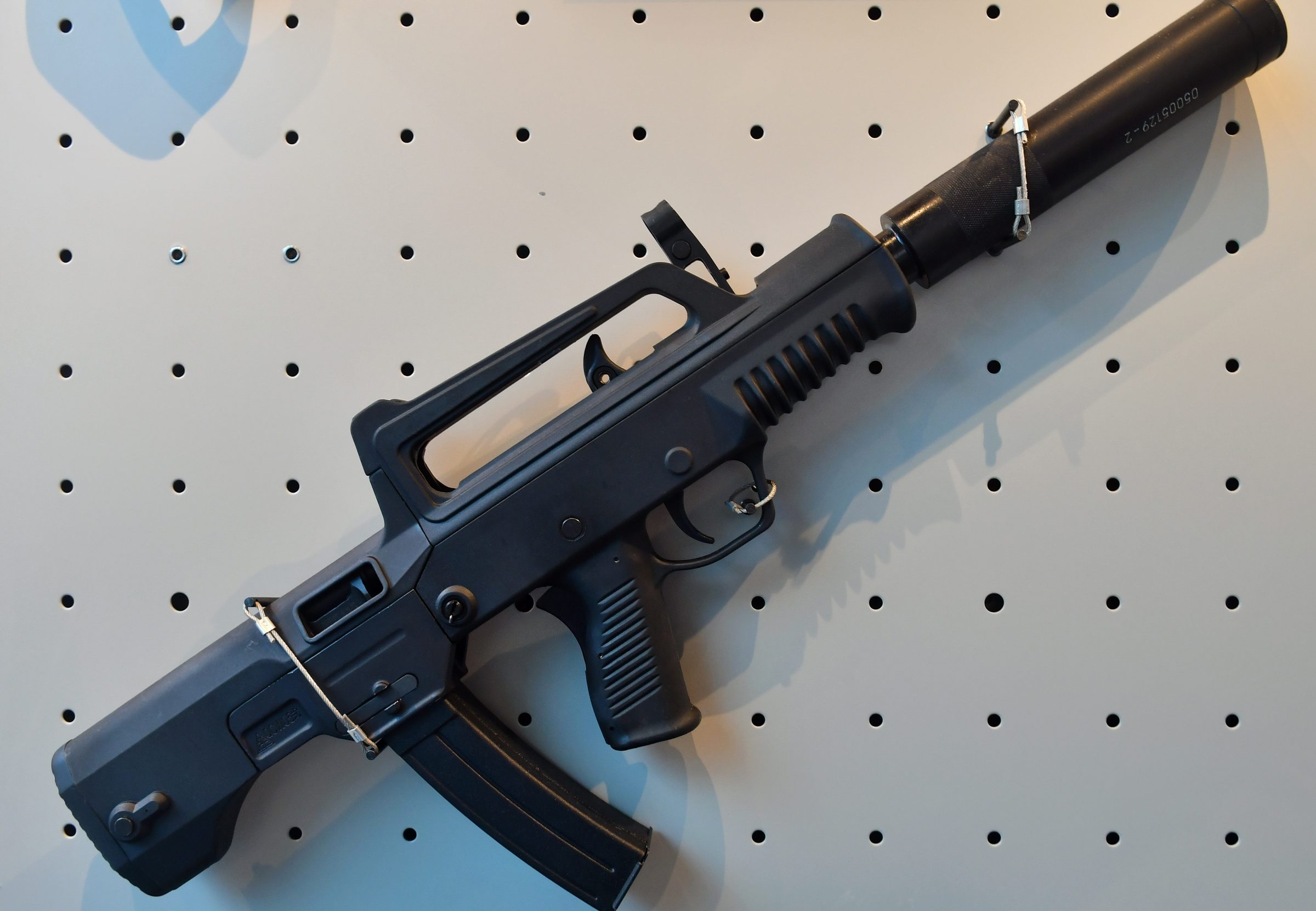 Since the beginning of 2018, there have been 11 school shootings in the United States.

That was the first thing I saw when I opened Twitter last Tuesday. It was right there, under my “In case you missed it” suggestions.

Throughout the day, I saw stories about the shooting in Kentucky that had spawned the first, shocking tweet. I read about how the shooter was allegedly a 15-year old boy who was charged with two counts of murder and 12 counts of first-degree assault. I saw school ID pictures of the two dead students — Bailey Holt and Preston Cope — who were also 15 and undoubtedly getting ready to take the PSAT or get their license for the first time. I learned 16 other students were wounded.

Look, I could lay out gun violence statistics all day. I could tell you seven children, ages 19 and under, are killed with guns in the U.S. on an average day, according to the U.S. Center for Disease Control, but that isn’t going to do anything to help the community surrounding Marshall County High School in Kentucky.

Or to prevent this from ever happening again.

The day before news broke of the shooting in Kentucky, another 15-year old girl was shot after a teenage boy opened fire in the school cafeteria in Italy, Texas. That should have made headlines and garnered similar outraged tweets to the one I woke up to last Tuesday but, instead, I had no idea until I started researching for this article.

Was that girl’s situation not tragic enough, not important enough to make headlines? Have we, as a nation, become so desensitized to gun violence that one high school student shooting another with a semi-automatic handgun isn’t considered important enough because nobody died?

Because of our toxic mixture of a pro-gun administration and unwillingness to change a system that is clearly broken, it is no surprise we’re so numb to the news of a new school shooting that a singular injury in Texas doesn’t seem like a lot to be angry about.

After all, it could have been worse.

Gun control is an intensely divisive and partisan issue but our desensitization to mass shootings started long before Donald Trump took office.

In retrospect Sandy Hook marked the end of the US gun control debate. Once America decided killing children was bearable, it was over.

We lost our humanity the day we allowed Adam Lanza to walk into a Connecticut elementary school and open fire on kindergarten and first-grade students without any sort of legislative response.

Despite a few bi-partisan attempts to pass gun control laws — such as Sen. Joe Manchin and Sen. Pat Toomey’s bill to stop the transfer of firearms to friends and family without a background check — Congress has rejected almost every attempted gun safety measure since Sandy Hook.

As someone who lives on a college campus and has a sister who goes to a public high school, I want to know what my representatives plan to do to make sure what happened in Kentucky, what happened in Connecticut, and what happened 11 times across the nation since the year began, never happens again. How are they going to ensure our safety?

In 2016, Indiana Sen. Todd Young proposed two pro-gun bills in the U.S. House of Representatives. One said the senate should not be able to appoint a Supreme Court Justice who opposed the second amendment and the other protected those in federally-subsidized housing from being deprived of their Second Amendment rights.

During his career, Young has received almost $3 million in campaign donations or spending from the National Rifle Association, the ninth most in the U.S. Senate. After the Las Vegas shootings in October 2017, Young said “We must offer our full support to the victims and their families as our nation mourns.”

Your thoughts and prayers ring false.

Tell me, Sen. Young: is your opposition to gun control legislation due to your personal beliefs, or because of the NRA money lining your pockets? How many times in my lifetime will I have to hear about a 23-year-old who was killed by another teaching assistant at Purdue University or a Lawrence North High School student who shot a 15-year-old boy during a basketball game? How many kids have to die before you do something?

As we move forward into 2018, we should remember while this dark era of apathy is our reality, it does not have to be our future. If you’re an Indiana resident, contact Sens. Joe Donnelly and Young about their stances on gun control and how they plan to make our state safer.

Seriously. I have both of their numbers saved in my phone. If this is an issue that speaks to you as much as it does to me, vote in the midterm elections. Talk to your city representatives and superintendents about what they think.

I think the most important thing is to remember, no matter what, we can do better. It’s possible to live in a country where children don’t have to practice what to do in a lockdown situation, or where legislatures take appropriate measures to find the balance between the constitution and public safety.

We don’t need your thoughts and prayers.

We need your action.