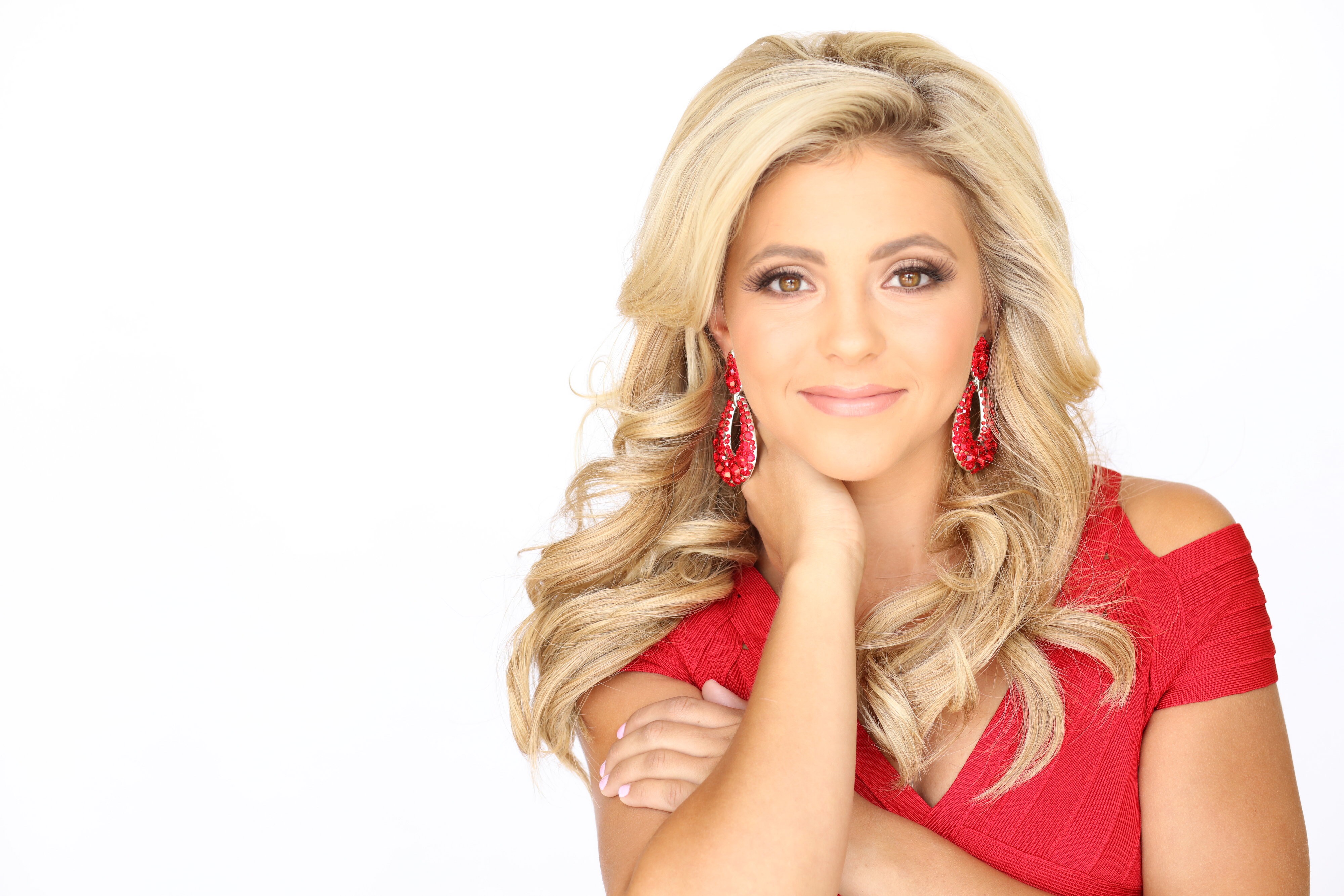 Tate Fritchley competed in the Miss Indiana USA pageant for the first time this year and placed in the top five. Photo courtesy of Tate Fritchley.

Tate Fritchley, Sophomore exploratory business major, competed in the Miss Indiana USA 2018 pageant and placed fourth. The pageant took place at at the Palladium in Carmel, Indiana on Oct. 21 and 22.

“It was so fun,” Fritchley said. “I couldn’t be nervous because I had nothing to lose. I was truly just excited to bring my best self and share my heart with the judges.”

Miss Indiana USA is a part of the Miss Universe Organization. Annually, nearly 10,000 women between the ages of 14 and 28 participate in Miss Universe pageant events.

“The Miss Universe Organization empowers women to develop the confidence they need to achieve their personal best,” according to the organization’s website. “A confident woman has the power to make real change, starting in her local community with the potential to reach a global audience.”

Fritchley said she learned a lot from the experience and understood what competing in the pageant meant to her.

“Competing in this pageant taught me a lot about determination and authenticity. At the end of the day, I wanted to present my best authentic and genuine self to the panel of judges. I knew that if I did so, I would have nothing left behind,” Fritchley said.

She explained that she benefitted by starting this process and being apart of the organization.

“I actually grew up playing sports and riding horses, so I never thought I would be competing in pageants,” she said. “I was persuaded to try one a few years ago and absolutely loved it. I gained so many valuable interview and communication skills.”

She said she gained confidence from her involvement.

Rayder Hobbs, sophomore exploratory business major, is in a relationship with Fritchley. He said he supported her through the process of getting ready for the pageant.

“I mainly helped Tate get ready by talking her up and giving her confidence,” he said. “My whole family bought out an entire row of tickets to go watch her on the first night, so I just wanted her to know that she had my full support.”

It was his first time attending a pageant and Fritchley’s first time participating in this particular pageant. Hobbs explained how proud he was to watch her compete against the other Hoosiers who were in the running.

“She lit up the stage every time she came out. The on-stage question was where I really saw Tate grow as a person. She handled the question with a lot of poise during a stressful situation,”

I was really proud of her and all the hard work she put into the competition. In my biased opinion, I thought she should have won,” Hobbs said.

Fritchley said there is more to pageants than the stereotype surrounding the organizations and the community.

“Behind the hair, the makeup, the gowns, there’s a real and unique individual,” she said. “There’s not one stereotypical ‘pageant girl.’ Most of the time, these women are successful individuals like entrepreneurs, doctors, scientists, teachers, students, nurses… all kinds of incredible women who have seen the same benefits I have in competing.”

Miss Indiana USA 2016 winner Morgan Abel is a 26-year-old from North Vernon, Indiana, and was also a contestant at the 2016 Miss USA pageant in Las Vegas. She met Fritchley when she was still the Miss Indiana State Fair title holder and supported her journey to Miss Indiana.

“Of course Tate is beautiful, but her personality and smile are so upbeat and infectious,” Abel said. “Shortly after meeting her, my mom and I looked at each other and simultaneously said, ‘Miss Indiana USA.’”

Abel told Fritchley and Fritchley’s dad about the 2017 Miss Indiana pageant and her experience as Miss Indiana USA. Fritchley and her parents went to the 2017 pageant where Abel crowned her successor. Once Tate committed to competing in the 2018 pageant, Abel continued to encourage Fritchley to compete and offered to give her some advice.

“I believe Tate’s strongest attribute is her approachability factor,” Abel said. “She is so bubbly, and when she speaks, she demands attention. I believe people think that pageants are just about a pretty face, but it’s so much more. Of course beauty will get attention, but your intelligence is what keeps the attention.”

Like Fritchley and many other women who compete, Abel reinforces that pageants are more than the surface superficial things that is often seen or portrayed to the public.

“The general public judges a pageant system by the quality of the titleholder,” Abel said. “After all, the general public doesn’t care how well a girl can grace the stage in heels and an elegant gown. What they care about is how a titleholder makes them feel and how she uses her voice to impact the community, implement change and bring attention to meaningful causes. The sash and crown is so much more than a ticket to compete at Miss USA.”

Jane Fritchley is Tate’s mother, and she has watched her daughter grow from dreaming of showing her horse as the 4-H Fair Queen as a little girl to competing in the Miss Indiana pageant.

“I am very proud of her dedication, drive and focus. She set a goal and worked really hard to achieve that. As a parent, it is wonderful to see your kid strive to reach their dreams,” Jane said. “But mostly I’m proud that she lives out her faith. She is caring and generous and has taught me more about God’s love and acceptance than anyone.”

Fritchley’s mother also believes that Butler has had a huge impact on Tate and her development as a young woman.

“I think Butler and her classes have helped her to stretch her mind outside of her comfort zone. I think it has given her a broader world view and helped her solidify her innate values and beliefs,” Jane said.

Fritchley hopes to compete again next year with more understanding, experience and continued support from her friends and family at Butler.

“Butler’s community has been so supportive of this experience, and it has made me very grateful to attend a school that shows so much support,” she said.