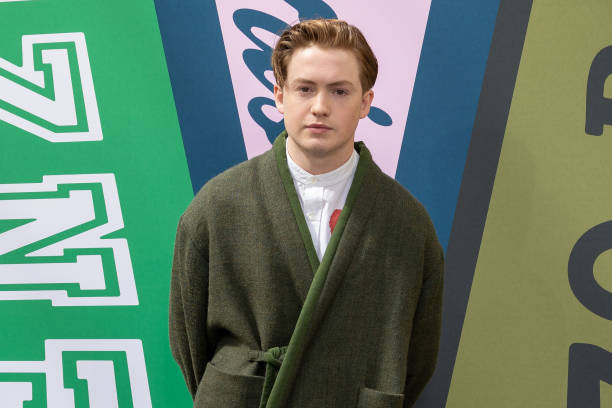 Kit Connor is forcibly outed by fans who accused him of queerbaiting. Photo courtesy of gettyimages.com

At 15 years old — nearly half a decade ago by now — I was forcibly “outed” as bisexual to the population of my conservative high school, which barely amounted to about 450 students. It was an unfortunate experience that I felt lucky to escape relatively unscathed, though the memories of humiliation and betrayal have stuck with me ever since.

On Oct. 31, 18-year-old actor Kit Connor was forcibly outed as bisexual to thousands if not millions of fans and followers on social media sites like Twitter, Tiktok and Instagram. Barely three years older than I was when I experienced the same injustice, Connor will not be fortunate enough to escape unscathed as I did; in fact, I think it’s more than likely that this experience will permanently alter his life, as well as the lives of any queer actor who does not want to expose their identity on a national stage. But in 2022, an era of legalized gay marriage, more out and proud celebrities than ever, nationwide Pride Month celebrations and a plethora of popular queer media, how could this have happened?

Unfortunately, I believe that the answer here is the same villain responsible for so many other issues in our culture today: social media.

Earlier this year, Connor rose to fame as one of the main characters in the Netflix television series “Heartstopper,” which is based on a graphic novel of the same name. The plot revolves around a friendship turned romance between two high school boys as they navigate questions of identity, belonging and, of course, love. Praised for depicting healthy queer relationships as well as avoiding reductive tropes such as “bury your gays,” in which one-half of a queer couple must always perish, “Heartstopper” quickly attracted a dedicated and predominately queer following on numerous social media platforms.

The issue began, however, when some fans began to post inflammatory Tiktoks and Tweets demanding to know if Connor identified as queer. If not, they claimed, then he was “queerbaiting,” and had no business portraying one of the queer main characters on the show.

Queerbaiting is only one example in an exhaustive list of terms misused by TikTokers and Twitter users alike. Originally coined by queer theorists, it refers to a marketing strategy for various types of media in which queer representation is promised or hinted towards, but never delivered. While the term can be used to describe the ways in which queer audiences are exploited for money or views, it was never supposed to condemn the identities of real people or the ways they choose to present those identities.

But social media platforms, and especially Tiktok, have become notorious for reinventing the definitions of words to fit their needs. For example, Madeline Rogers, a junior music industry studies major, spoke about the way fans misused the term “queerbaiting” in order to justify their treatment of Kit Connor.

“I was really angry that fans had essentially forced him to come out because a real person cannot queerbait,” Rogers said. “Only a show or a movie or something that is entirely fictional can queerbait, but an actual person is not capable of queerbaiting.”

However, this is not a logical argument at all. While in the past, blackface and racial prosthetics have been used onstage and in film to avoid casting people of color, queerness is not constructed with innate physical or biological characteristics. Though I agree that queerness should be fairly and accurately represented in media, this is still no justification for the harassment of an actor who clearly did not feel comfortable publicizing his identity simply in order to fulfill a diversity quota.

“It’s not that hard to find queer actors to take queer roles,” Eyrich said. “There’s no excuse for not doing that, but I still don’t understand the hate aimed at the actor, because he didn’t choose to give himself the role. If there was a promise made to the fans that all the actors would be queer, and if there was a chance he was straight, that’s still not on him.”

And even though Connor can be held accountable for accepting the responsibility and role of a queer character in “Heartstopper,” this is still no excuse for outright harassment. At the most, fans could’ve directed criticism toward Connor via online platforms without resorting to abuse.

Furthermore, both Rogers and Eyrich cited the prevalence of social media and the toxicity of fan culture as reasons why this detrimental usage of queerbaiting has become so popular.

“I feel like as fans, there’s a line between being a fan and being completely obsessed,” Rogers said. “You have to realize that these are real people. They are not their characters. They do not owe you any details about their personal lives.”

I couldn’t agree more. Regardless of whether Connor identifies as straight or queer, no one is entitled to this information. Modern fan culture in particular has a nasty habit of treating celebrities like objects, using social media platforms to demand extremely personal information from them in a way that is both obsessive and dehumanizing. Nowadays, it seems to be an unspoken truth of social media that just because celebrities have chosen to work in the spotlight, they have forfeited any right to privacy.

And while the aftermath of this situation will certainly be detrimental for Connor himself, there may be additional consequences for the future of social media — and potentially, for the future of queer media as well.

Connor Barak, a junior dance performance major, offered his perspective on what might happen next.

“They were able to force [ Connor] out of the closet,” Barak said. “I’m fearful that other fan bases are going to feel like they are entitled to force other people out of the closet, too, and that’s just not something that should continue.”

Although the fans who demanded to know Connor’s sexual identity claimed to do so out of a desire for fair queer representation in media, I feel that they’ve achieved quite the opposite. As Barak stated, if other fan bases begin to feel that they, too, have a claim to the identities of actors who are portraying queer characters, the end result is that no one is going to want to play these characters at all. Why would anyone voluntarily subject themselves to the same harassment and bullying that Kit Connor experienced?

Even on a local scale, this is extremely harmful for queer people. In the past, a lack of queer representation in popular media has contributed to a lack of awareness about the existence of queer people and the problems that they face. Furthermore, poor representation can contribute to detrimental stereotypes, such as the “predatory lesbian” or the “pedophiliac gay man,” making the queer community much more susceptible to discrimination and even violence from people who consume and believe these stereotypes.

By targeting the people involved in creating healthy queer media, we are actively preventing this type of positive representation from continuing to increase. And by attempting to justify outing Connor, we are also hurting other queer people as they attempt to reconcile their personal identity in a world that is not yet fully accepting of queerness.

The queer community deserves to see themselves in popular media, but forcibly outing a teenage actor is not the way to achieve that. In fact, it’s an incredibly dehumanizing and reductive action, especially coming from members of the queer community themselves, who should know better than anyone what it feels like to wrestle with their own identity in a homophobic world. In the aftermath of this devastating situation, we need to take a step back from social media and reflect on the ways in which we think about both celebrities and each other. Regardless of identity or career, everyone is deserving of autonomy and privacy — especially as the queer community continues to be a target for physical and emotional violence.