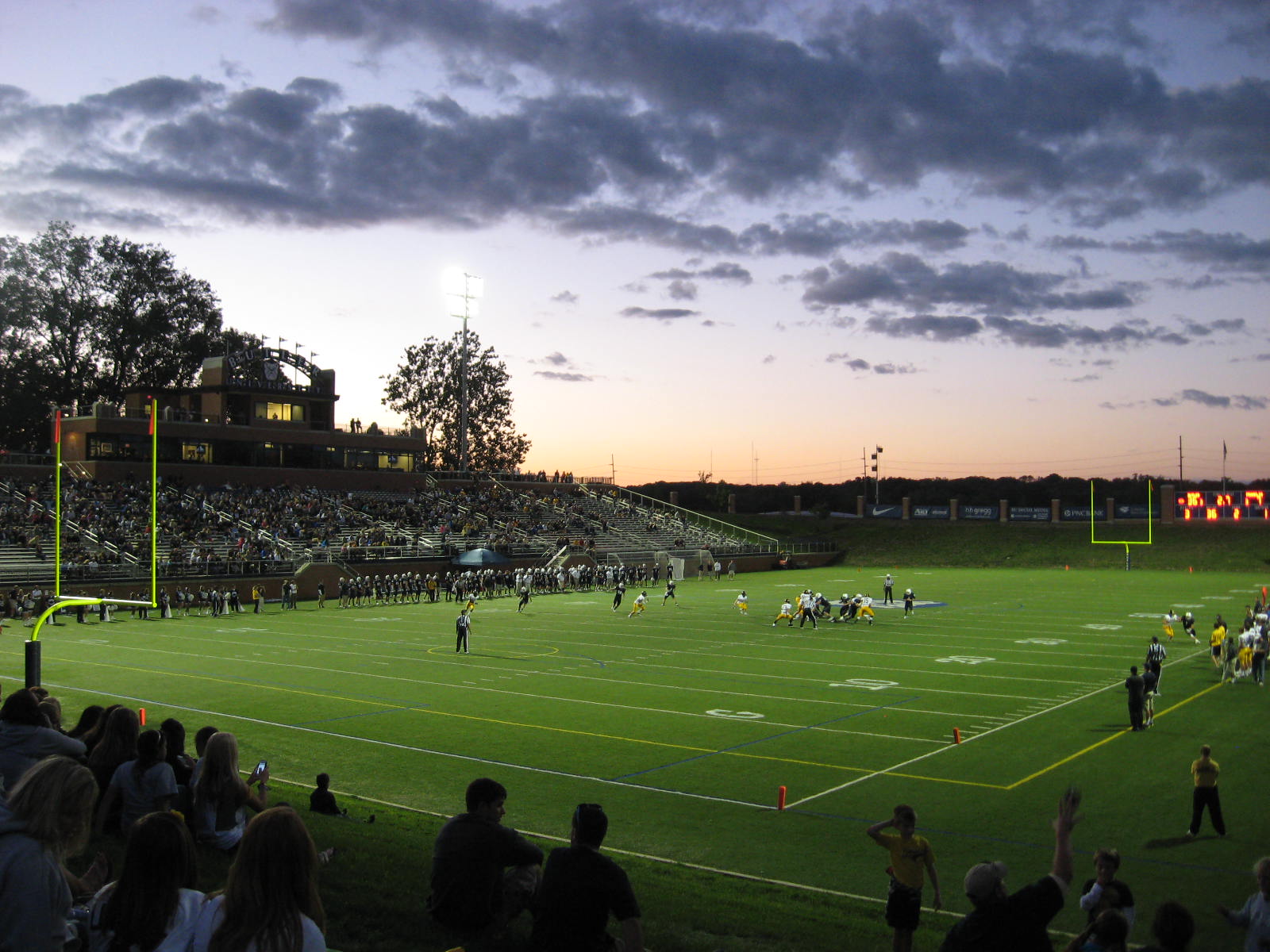 A game taking place at the Sellick Bowl. Photo courtesy of Wikimedia Commons

The protests former San Francisco 49ers quarterback Colin Kaepernick initiated with his quiet refusal to stand for the national anthem have morphed and grown as time and media attention have spread the movement across sports, age groups and level of profession.

Players scattered across both men’s and women’s teams ranging from members of the NFL to children as young as 7 have knelt, linked arms and even refused to show up for the national anthem. With the president’s recent Twitter snipes, the reasons behind athlete protests have morphed and grown just as much as the protests themselves.

In the beginning, Kaepernick sat quietly on the bench as his teammates stood for the national anthem, a move that wasn’t recognized by the media until two or three games into his demonstration. As the media highlighted his defiance, and fans and foes alike moved to comment on his actions, Kaepernick released statements about the rationale behind his decision.

“I’m not anti-American,” Kaepernick said in an interview with the New York Times. “I love America. I love people. That’s why I’m doing this. I want to help make America better. I think having these conversations helps everybody have a better understanding of where everybody is coming from.”

The quarterback began protesting as an attempt to draw attention to the problems of racism and police brutality in the United States, an issue which has caused the deaths of 737 people as of October 2017.

Kaepernick and his fellow athletes garnered both the support of groups such as the Black Lives Matter movement and backlash from groups including veterans, politicians and members of the police force.  However, they attempted to appease by transitioning from sitting on the bench to kneeling on the sidelines as a way to incorporate respect for the military into the protest.

The movement exploded recently following comments made via twitter by President Trump about members of the NFL choosing to protest alongside Kaepernick, the most incendiary of which personally belittled the protesters with an entirely unprecedented vitriol.

“Wouldn’t you love to see one of these NFL owners, when somebody disrespects our flag, to say, ‘Get that son of a [obscenity] off the field right now, out, he’s fired!’ You know, some owner is going to do that,” Trump said at a rally in Huntsville, Alabama.

Trump continued to insult and threaten both protesters and their coaches and managers with a series of tweets that insinuated the idea of “ownership” of the players by the teams, a concept that was, for obvious reasons, received extremely poorly by a league that is nearly 70 percent black.

He also called for a mandatory-stand rule for the national anthem, a move that would violate the concepts sanctified by the First Amendment’s guarantee of free speech and protest.

Since Trump’s outburst, nearly every team in the NFL has made a statement or a coordinated move to support the protests and respect the freedom of speech that players are entitled to. The reaction from the NFL added an additional layer of significance to the protests, with many of the players, coaches and team owners choosing to focus on unity.

Since the comments were made on Twitter, many teams have linked arms in a display of community and familial strength that serve as a poignant reminder of the unifying power of athletics.

As a Division I university, the prestige and presence of our athletic programs on campus means that our athletes are constantly in the limelight. Now, so are their political statements. I spoke with several athletes on campus to gain insight into the delicacies of taking a political stand as a college athlete.

“I don’t think anyone should be reprimanded for kneeling in protest, because they’re being respectful,” Marx said.

Even though she disagrees with remaining in the locker room during the national anthem, Marx said, “In America, we are very lucky to have the right to speak our minds, and that shouldn’t ever be taken for granted.”

Marx recognized the position she and her fellow athletes are in as representatives of Butler.

“I think that people in the public eye are privileged enough to be noticed when they do have opinions on things, and therefore if they do feel strongly about something I believe they should stand up for what they believe in,” she said.

Brady Murphy, a business major and member of Butler’s hockey team, agrees that freedom of speech in this country is absolutely vital, but disagrees with the placement and context of the NFL protests.

“I don’t believe the two concepts correlate in terms of protesting police brutality through kneeling for the national anthem,” Murphy said. “I don’t feel that attempting to change one by doing the other makes sense, as they are two very separate concepts. It makes sense that they’re protesting a social issue, but the method they’re going about protesting is problematic.”

Students across campus, athletes or not, should stand up for what they believe in, because passivity is the worst choice a person can make regarding a controversial opinion. Change only occurs when someone does something radical, and although they might receive backlash initially they will be looked back on as the ones who helped begin a change in society that betters the community as a whole.