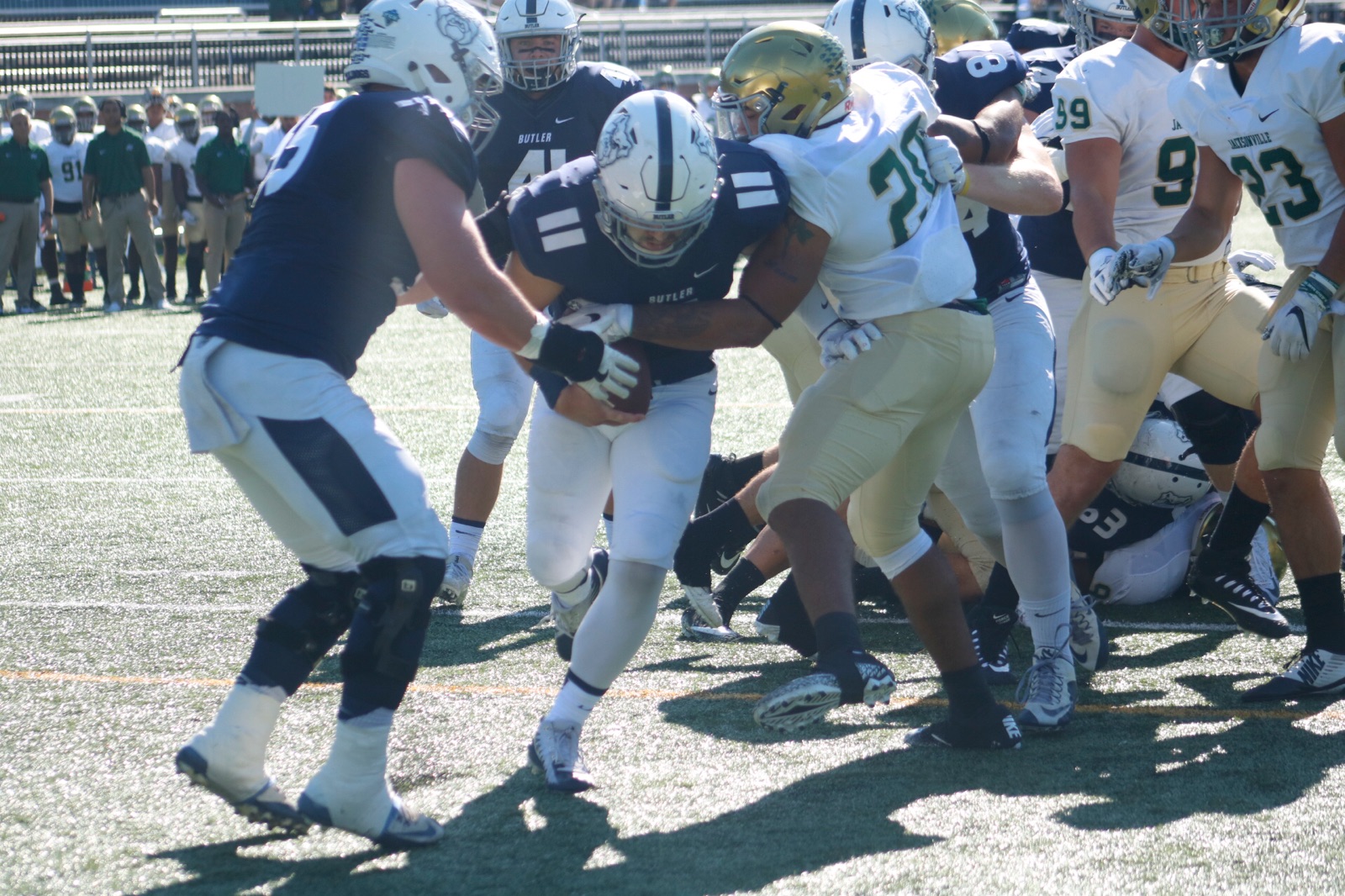 Running back Sam Schrader (11) carries the ball past the Jacksonville defense on Oct. 14. Butler would go on to beat their PFL opponent 37-22. Photo by Jimmy Lafakis.

The Butler football team beat Jacksonville University 37-22 at home to move 4-3 overall and 2-2 in PFL play on Oct. 14. For the second week in a row, Butler football used the ground game to cruise past their opponent.

Butler’s running game was dominant. Bulldog running backs racked up a total of 232 yards and four touchdowns. The Dawgs were led by redshirt senior Sam Schrader, who rushed for 74 yards and found the end zone three times.

Redshirt senior Duvante Lane added 98 yards of his own and accounted for the other rushing touchdown.

Redshirt junior quarterback Will Marty played another turnover-free football game. Marty completed 19 of his 23 passes for 150 yards and a touchdown with no interceptions on the day.

With 30 minutes to play pic.twitter.com/RsSo7O4oSE

All of Jacksonville’s offensive points came from the running game. The Dolphins out-ran the Bulldogs with 242 rushing yards but only found the endzone three times. Butler’s defense held the Jacksonville passing game to only 140 yards and zero touchdowns.

The Bulldogs will return to the Sellick Bowl homecoming weekend when they play Campbell on Oct. 21.