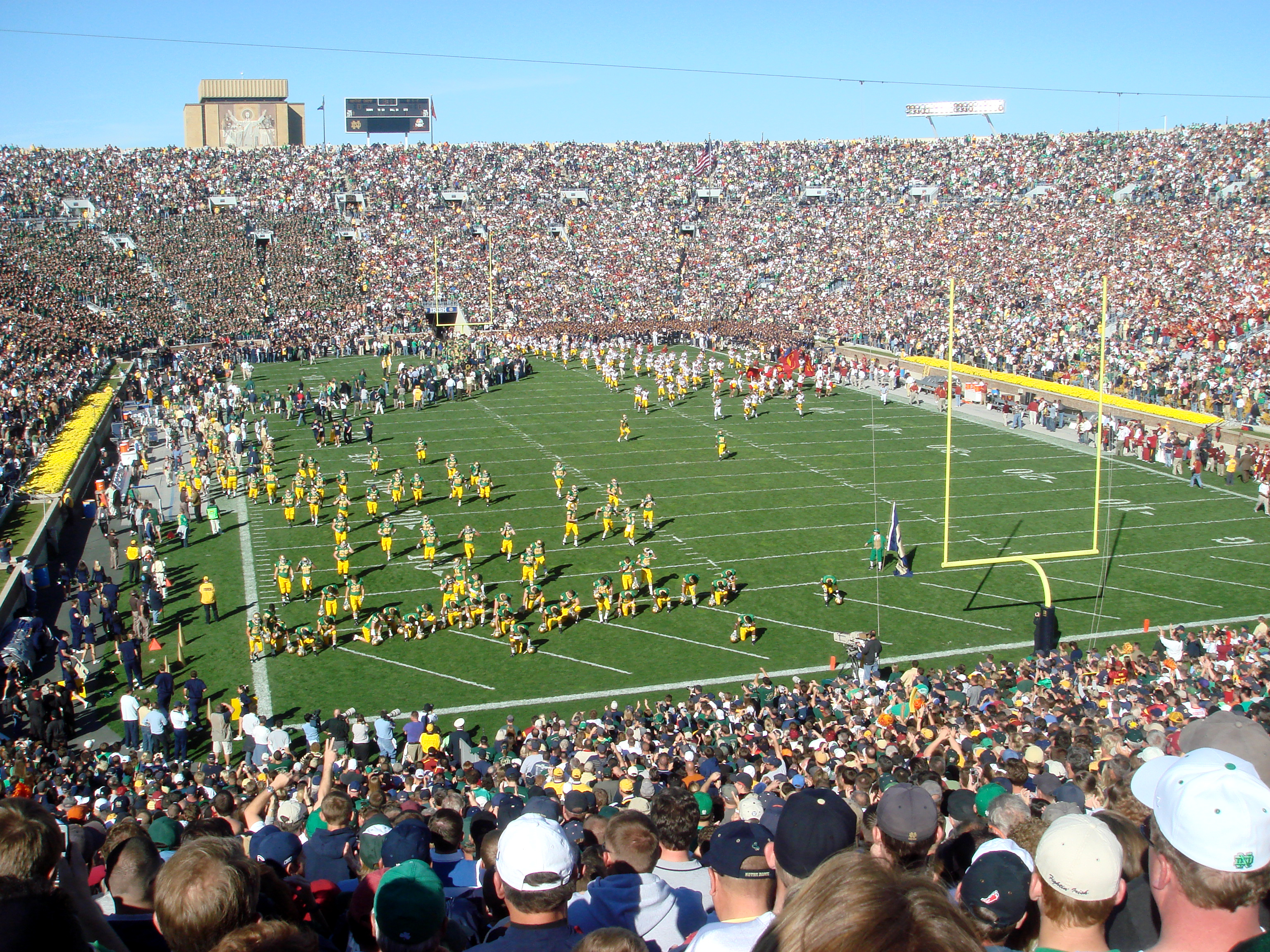 No one wants to talk about the fact that 1 in 5 women will be sexually assaulted during their time in college, according to the National Sexual Violence Research Center.

Last September, I wrote a column about the sexual assault lawsuits and allegations related to Baylor University’s football team. The lawsuits have had numerous repercussions that involved the firing of both the school’s athletic director and head football coach.

Because guess what? We’ve hit way too close to home this time.

During the month of September, Notre Dame was hit with a lawsuit involving a female student who was reportedly sexually assaulted by a former football player.

The suit also states the female student, identified as Jane Doe in the claim, was assaulted after taking the drunken player back to his dorm room. When she tried to call a friend for help, the player shattered her cellphone.

Doe said in the report that campus officials wanted her to drop her sexual assault complaint against the player so he could transfer to another school without a record.

“The claim that Notre Dame was motivated to assist the accused student to transfer is one of many false statements in the complaint,” a statement from the university said. “Like every university, Notre Dame has a legal obligation to investigate allegations of sexual misconduct. It takes this obligation and the safety of its students seriously, and proceeds in a manner that is as respectful as possible of the privacy of the students involved. We did so in this case.”

Notre Dame recently also came under fire in the popular documentary about college sexual assault, “The Hunting Ground,” for the ways they handle sexual assault cases.

The documentary highlighted an instance from 2010 involving a football player accused of sexually assaulting a female student at a local university, St. Mary’s College. The female student would commit suicide nine days later due to trauma and stress from the incident.

This wasn’t the first time the university would be accused of protecting a football player. And it certainly wasn’t the last.

The culture that Notre Dame perpetuates with their football program is a tradition of excellence. This team wears the navy and gold for their school and their team. Signs stating to “play like a champion” are in their locker rooms and plastered in fans houses.

You would think that would set them to higher standards. But I guess in this case, they might not even have a standard.

If the allegations in the most recent lawsuit regarding Notre Dame are true, then this issue goes way beyond the school’s athletic program. This goes all the way through their Title IX program and to the top of the school’s reputation.

And we don’t end after just one Indiana college either.

On Sept. 25, Indiana University hallways were littered with student-made flyers making light of sexual assault claims, calling consent a “buzzword” and saying victims cry rape for attention. These posted statements were made to look like actual flyers from the school’s Office for Sexual Violence Prevention and Victim Advocacy.

“We absolutely do not think this is OK,” IU tweeted. “We take this issue very seriously. We are making every effort to investigate and respond.”

“Very seriously.” They take this issue VERY seriously. Do you know how many times this message is taken “very seriously?”

All of them. In every prepared statement that ever exists.

Don’t believe me? Watch the last 45 seconds of this clip.

What would an honest statement from the university look like? Maybe:

“Honestly, we just want this to go away so we are going to say a lot of words to make you think we care. We hope the student body will eventually forget about what has happened, so we too may forget about it as well. See you at the football game this weekend.”

I’m not saying the IU and Notre Dame situations are connected or am insinuating in any way that either school doesn’t care about their most recent events.

When there are a group of students on IU’s campus that genuinely believe victims of sexual assault cry rape, they are part of the problem.

When a group of university officials reportedly tell a victim to drop her lawsuit for the sake of keeping the player’s reputation in tact, they are part of the problem.

But until those university personnel and alumni boosters stop attending Notre Dame football games, the issues will continue to go on.

Until women at IU stop getting told they were “asking for it” after their assaults, the issues will continue to go on.

Until Notre Dame starts to take student safety more seriously than a new practice facility and locker room renovations for their football team, the issues will continue to go on.

So grab a drink and some popcorn; we are going to be watching this TV static for a long time.