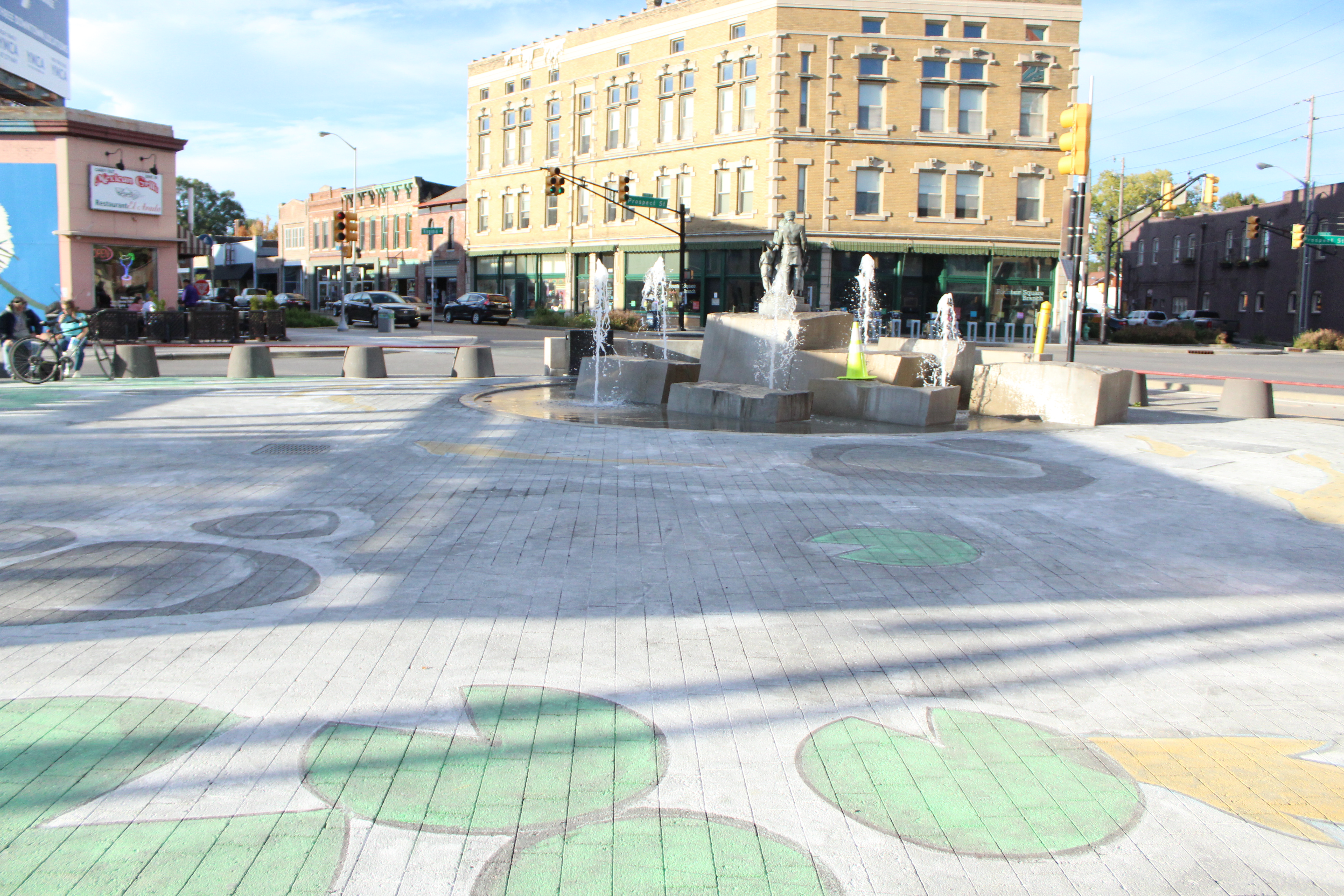 What started as a backyard neighborhood party five years ago has expanded every year into what is now an annual event. The fest hosts some of modern music’s most influential and exciting artists.

For those who have never attended FSMF or any music festival, they can expect a weekend full of music, art, food and other great attractions. This year, there will be more than 60 artists playing across five stages spread out among the Fountain Square neighborhood.

Unlike traditional music festivals that are spread out over huge parks and plots of land, FSMF is located in a more intimate and convenient setting, a residential neighborhood in Indianapolis.

FSMF’s unique size helps contribute to the audience’s overall experience over the course of the attractions on Oct. 6 and 7. The size of the venue allows festival-goers to explore the entire festival. This is what the staff at FSMF describe as the “experience” aspect.

Owen Thomas has been creative director for the FSMF for two years and has been a part of the festival’s revitalized vision.

“The immersive light show, the more interactive type of venue, is meant to bring the audience inside the show,” Thomas said. “It’s designed to make them active participants in the concert, not just spectators.”

The Nucleus main stage is the main component of the experiential aspect of the weekend.

In addition to relocating the festival from backyards to the streets, festival-goers have a free pass to all parts of the neighborhood to go shopping at various local shops, restaurants or to just explore the area.

“It’s not going to feel like other music festivals, which is what we want,” Thomas said. “We want you to do more than just see the performances. Go explore, and get to know our neighborhood. This is an important component of the weekend experience. We want to make all festival-goers feel as if they are part of the Fountain Square community.”

Besides being an experience, the weekend is very much centered around the music and the variety of artists set to play across the five stages. These stages include the the Nucleus, HI-FI, White Rabbit Cabaret, Pioneer and Square Cat Vinyl. Each stage is located within one block of each other.

One thing FSMF keeps consistent at the festival every year is their goal to have at least 50 percent of the performances be emerging or already popular artists from the Indianapolis or Indiana area.

One of these local artists that will be performing at FSMF is southside Indy native Jay Elliot.  Elliott graduated from Perry Meridian High School and later IUPUI and has spent his musical career performing all around the Indy area. He performed in a rock band in the 2000’s and now writes and performs his own folk rock songs under the musical name J. Elliott.

“I’m pumped to be on the same list as these great local and nationally known artists,” Elliot said. “Hopefully I can gain some new fans as well as discover some new music from the artists here I’ve never heard before. I’m going to have just as much fun watching shows and enjoying the festival as I will performing my show.”